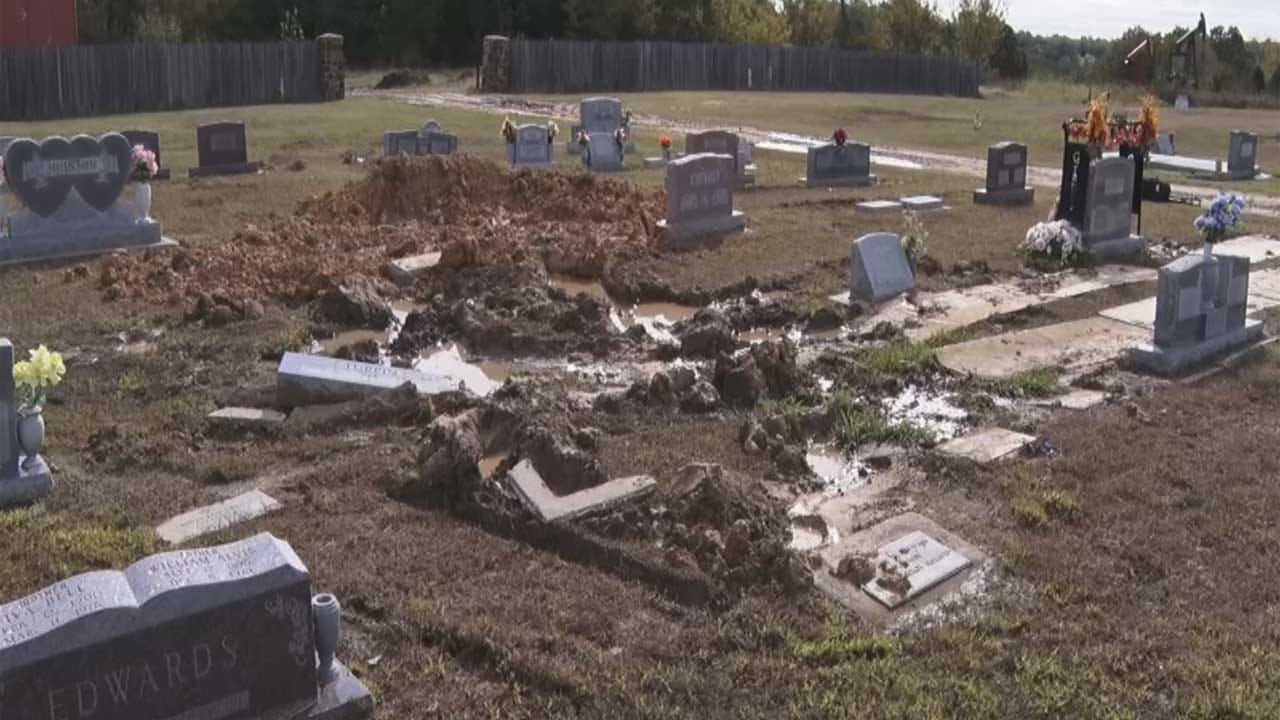 A Wewoka woman is calling for a city employee to be fired after she found her sister's headstone covered in dirt and several others displaced.

Betty Peace made the discovery at Martha Gibson’s grave site Monday at Oakwood Cemetery. She makes frequent visits as her mother and father are also buried at the cemetery.

“This is where my family is, and it comforts me when I feel alone,” Peace said.

The City of Wewoka told News 9 a cemetery employee created the mess.

“It’s very hurtful what he did. I feel like he didn’t have any pride in his job,” said Peace. “He got paid to tear up about five graves.”

City Manager Mark Mosley said a city employee was on equipment in the area over the weekend following a funeral and got the machinery stuck. The employee never told a supervisor what happened.

“We've already talked to a monument company, and they’re going to come out and put back up the four headstones that are down,” said Mosley. “Some of the headstones weren’t even on bases, but we'll put them back on bases.”

Peace’s nephews plan to visit in a month, she hopes they won't be disappointed with what they see.

"I really feel like he should lose his job, and I know that’s strong to say but he didn't care. He shows no pride in his work,” said Peace.

Mosley said he has loved ones buried at the cemetery and is taking the situation seriously.

The employee responsible was disciplined; however, the city manager will not discuss to what extent.