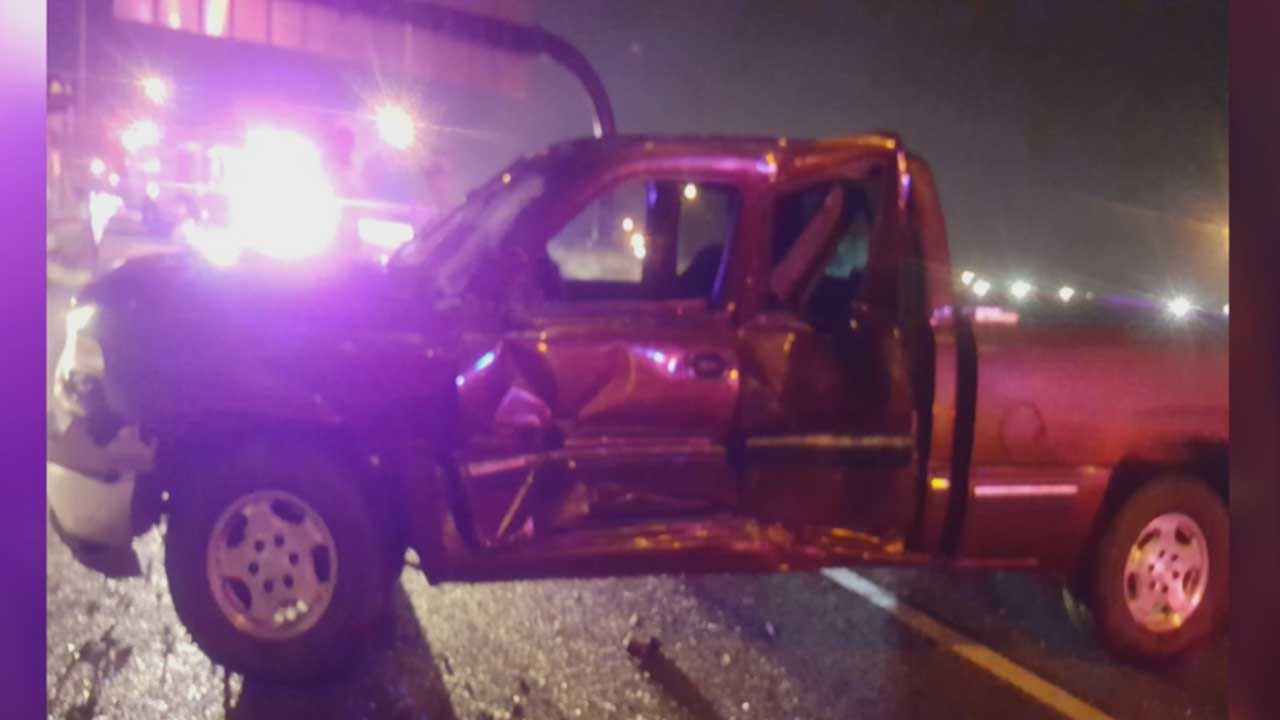 A tow truck driver feels lucky to be alive after a vehicle smashed into his truck while responding to a call Wednesday night. It happened during the winter storm near Interstate 40 and Air Depot Boulevard.

Aaron Webb, a driver from Young’s Towing, was responding to a call from Oklahoma Highway Patrol. After double checking straps on the car he was towing, he got into the cab. The collision happened seconds later.

“That’s when my trucked moved. There was a loud bang, and then I looked down on the ground and my phone dropped down,” said Webb. “I looked back and there was a truck embedded inside the back of the bed (of the truck).”

The female driver was taken out the passenger side and rushed to the hospital. It was a very close call.

“The lady's wellbeing was more important than mine,” said Webb. “I was just fine, but my main priority was making sure that the lady was alright and that she got help.”

Several thousand dollars in damage was done. The truck has since been taken off the roads.

Young’s Towing owner hopes this serves as a wakeup call to drivers.

“Think of it as if it was your family member on the side of the road helping somebody else, how would you want other drivers to react to them?” said Nickolas Young, owner of Young’s Towing. “All we ask for is to give us a little space, so we can make it home safe to our families.”

Webb has only been on the job for a couple of months. He says this incident is not stopping him from helping save people stranded on the side of the road in all weather conditions.