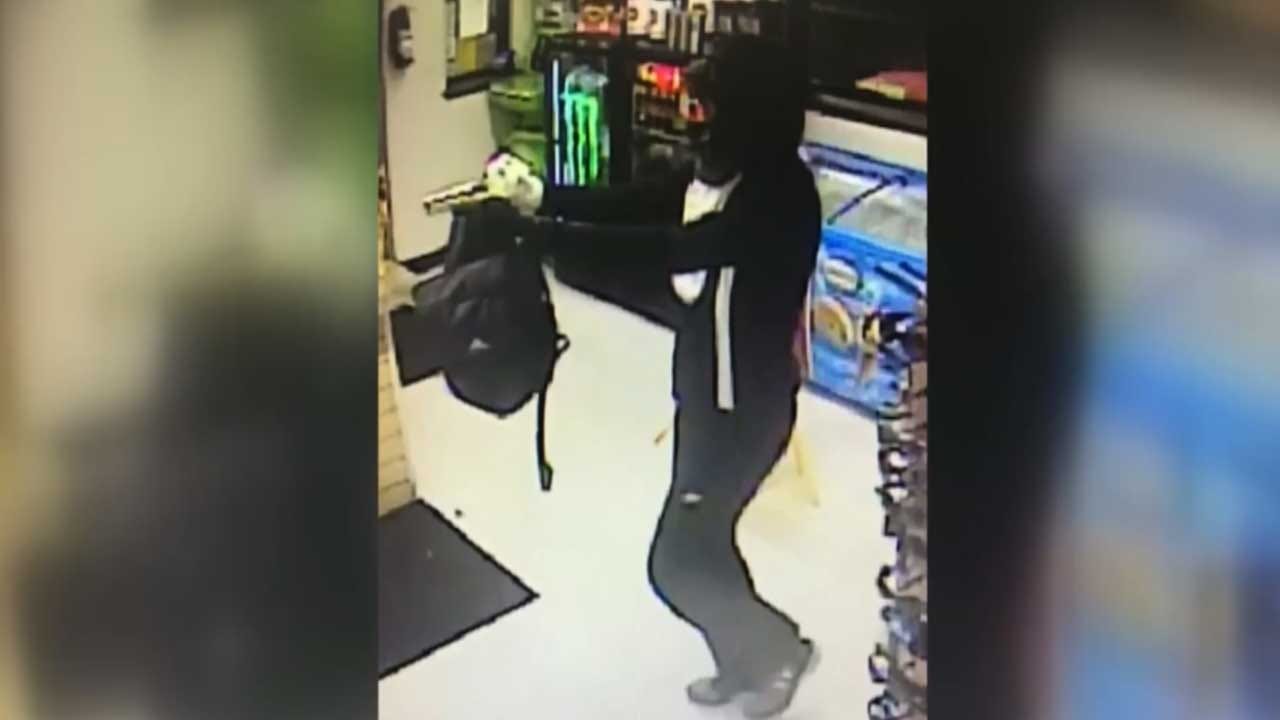 Police are searching for a man who robbed a convenience store at gunpoint.

Police say a man walked into the store, pointed a semi-automatic pistol at the clerk and demanded money.

The suspect got away with $90 and left the store southbound.

No shots were fired in the incident.

The suspect is being described as a white man approximately 6'2", 170 lbs., left-handed, with bushy eyebrows.

Weatherford Police Chief Louis Flowers tells News 9 the suspect was wearing a towel around his neck, possibly to cover a tattoo.

"Our hearts and prayers go out to the clerk," said Flowers. "You're working a night shift at 3 a.m. and there isn't much traffic, a lot of people don't realize how much it affects that employee for the rest of her life."

It is believed that the suspect left the scene in a charcoal or dark-colored four-door sedan.