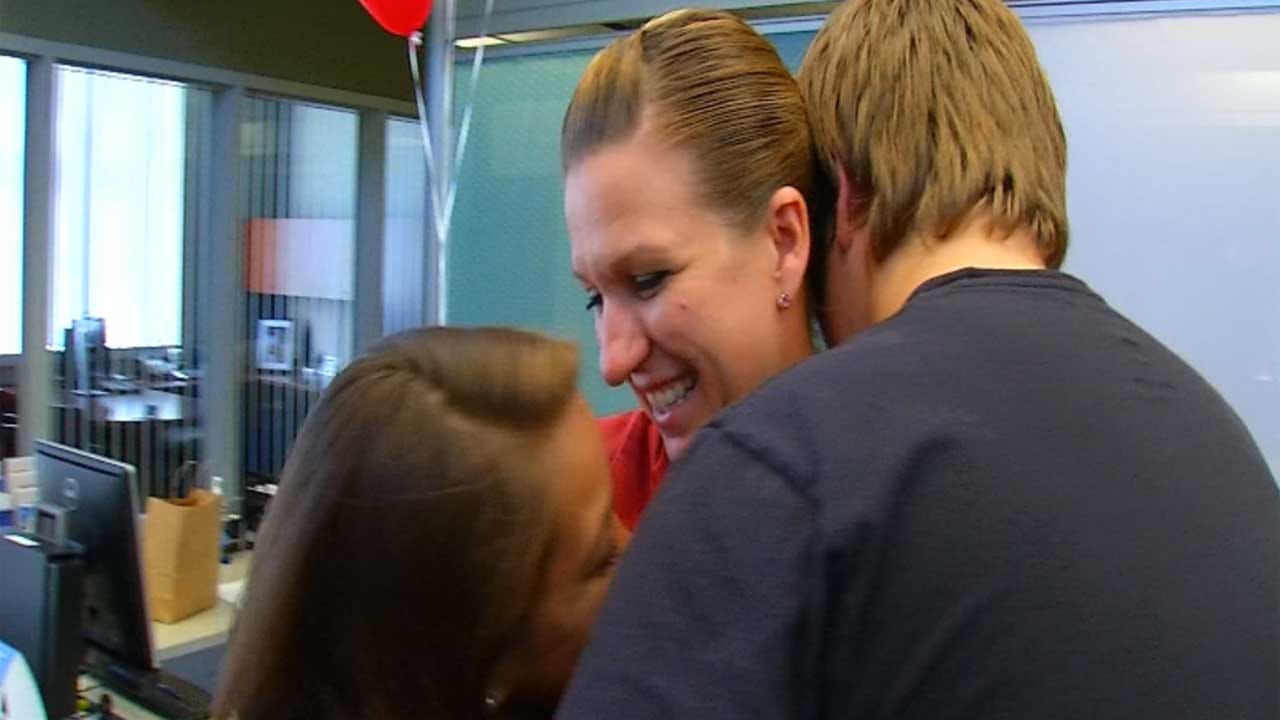 During severe weather, Chanda Knott is usually working, during the day at Weokie Credit Union in Moore and in the evenings, she delivers pizzas.

"It makes me feel bad because I can't get to them and I'm already nervous anyway," said Knott.

She said she's nervous because her two children Isaiah and Gracie are either at school or home alone.

"They don't know what to do and they're calling me," she said.

So her mom Brenda Anderson wrote into News 9 to nominate her for the "Shelter from the Storm" shelter sweepstakes from FlatSafe and News 9.

"She's a single mother working two jobs to make ends meet for her and her two children," said Chanda's mother Brenda Anderson in her nomination letter. "Chanda's overcome many obstacles including the death of the father of her children several years ago. Chanda purchased their very first home last year. The only thing lacking in their home is a storm shelter."

We surprised Knott at Weokie Credit Union in Moore where she works.

DAVID PAYNE: "Are you Chanda?'

LACEY SWOPE: "I'm Lacey Swope. Your mother nominated you for the Shelter From The Storm sweepstakes.

DAVID PAYNE: "She's a sweetheart. She was telling us about how much you work, how hard you work such a devoted mother, you go above and beyond and she thought that she thought there was no one better to have a FlatSafe shelter."

Her kids were there for the surprise and say their mom is most deserving of the shelter.

"She does everything that she has to do to help us out," said Isaiah Knott, Chanda Knott's son. "It seems like she spends more time at work now but she's always there for us."

Chanda Knott was pretty speechless when she found out she won.

"Totally blown away, I did not expect that," she admitted. "It's a great piece of mind to know they're going to have some place to go during bad weather."

We have have three more shelters to give away from FlatSafe and News 9. Click here to nominate a deserving Oklahoma family.