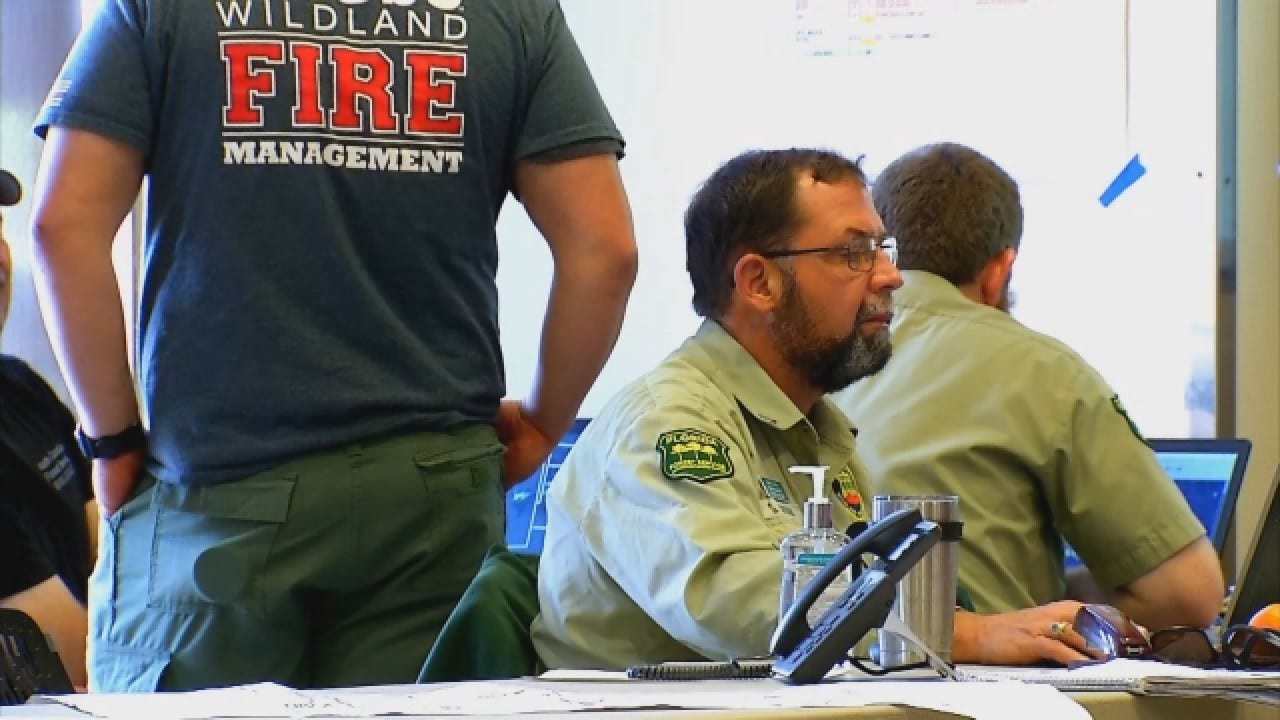 As the fires smothered northwest Oklahoma, our News 9 Storm Trackers followed its fiery path. Firefighters worked tirelessly to stop the wildfires from spreading but the weather wasn't on their side.

"There's no fighting that type of fire just kind of get people out of the way," Nathan Lilley with the Incident Management Team mapping the wildfires in Oklahoma.

On the campus of southwestern Oklahoma State University in Weatherford, inside the concession area of the Pioneer Cellular Event Center, the command center works to keep firefighters one step ahead of the flames.

"We're tasked with mapping the fire as we get data in," said Lilley.

That data comes from their own trackers in the field.

"If I see a house that's on fire, I can drop a point and they're seeing it so they're getting intel as I'm mapping," he said.

However, the team also came to depend on News 9 at times to pinpoint the location of the fires.

"It's been invaluable," said Lilley. "As soon as I see Val's feed and I can draw in on my computer, drawing in where he's at and what the fires doing and if there's a hot spot, I can drop a point. I hit submit and it goes to the field. The field sees it in real time."

"We're giving him locations saying we got a fire that popped up there, we got a new hot spot over there and they send a plane to do an air drop on it," said Val Castor, News 9 Storm Tracker. "A lot of times we get worried we might get in the way, and so we try to stay out of the way. It makes us feel a little better to know we're actually doing some good you know and helping with the efforts."