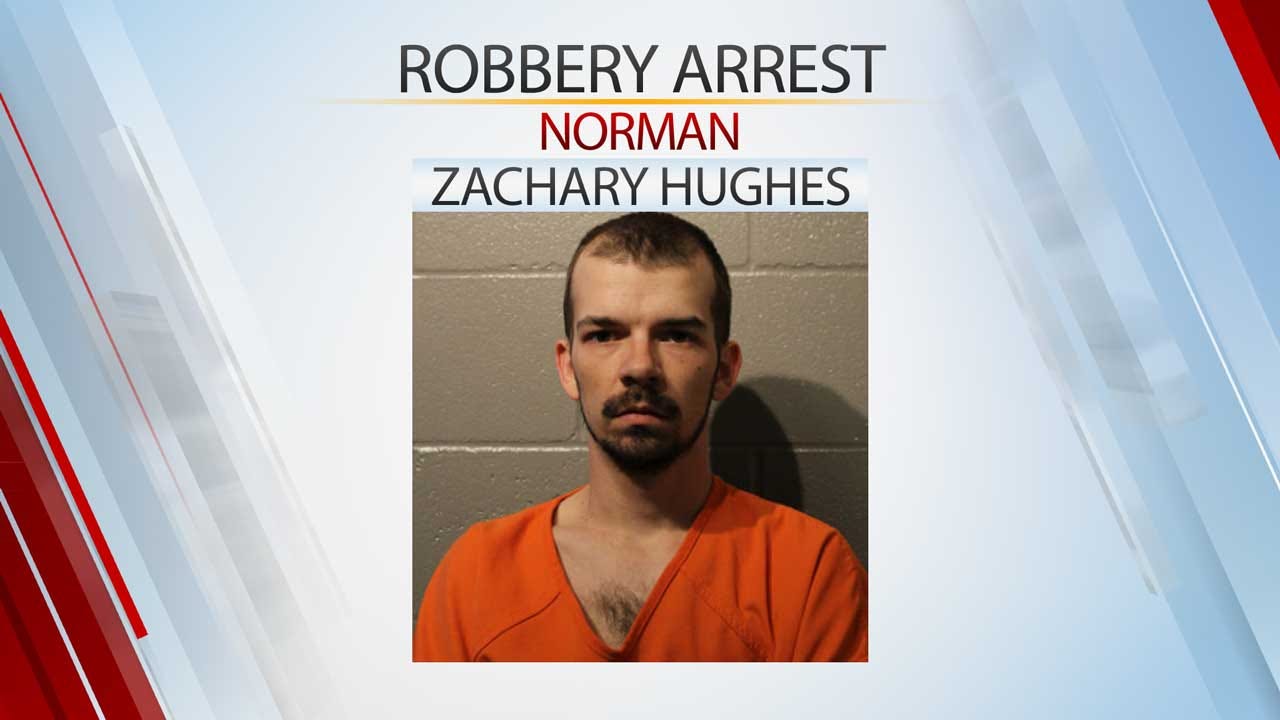 Zachary Michael Hughes, 29, was booked into the Cleveland County jail on four complaints of first-degree robbery and possession of a firearm in commission of a felony.

Both suspect descriptions were of a white male with a revolver driving a four-door maroon sedan.

Later Sunday, officers pulled over a man in a four-door maroon sedan who matched the descriptions provided by the store clerks near 24th Avenue and Main Street. Officers found a revolver in the vehicle, police said.

Hughes was arrested during the traffic stop. Police think Sunday's robberies were connected with two other robberies on January 15 and January 16.