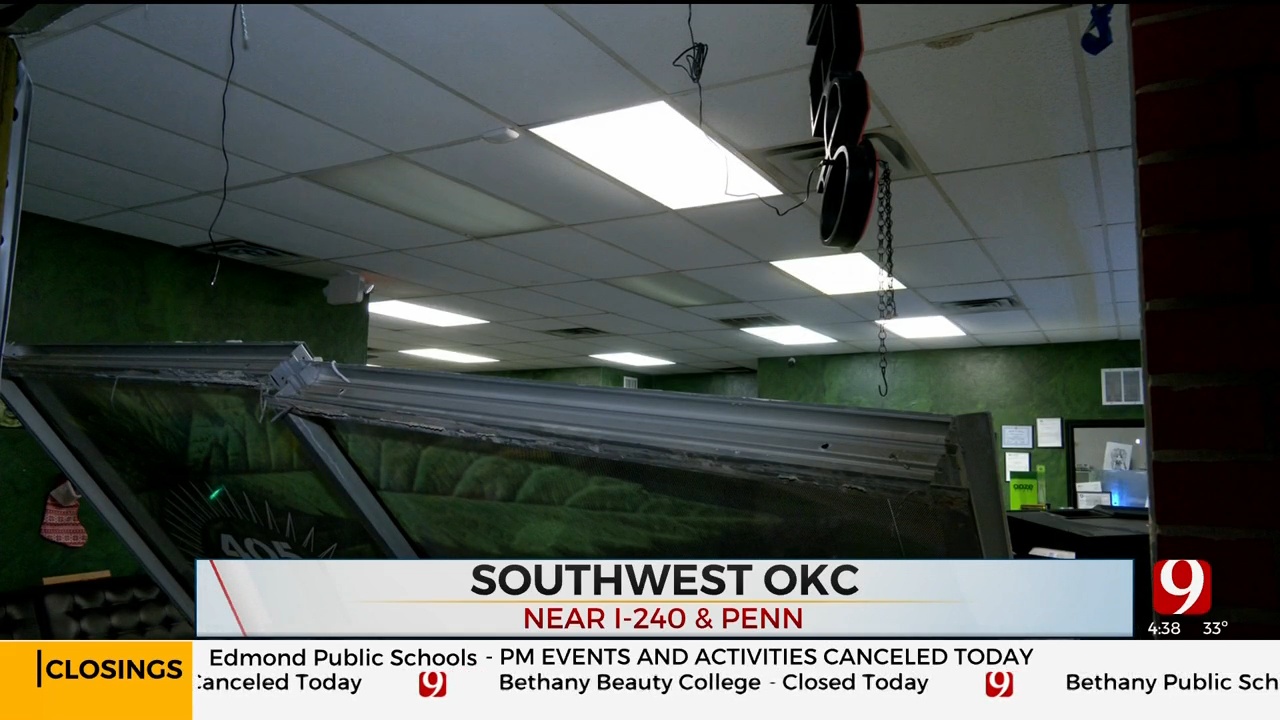 Oklahoma City Police are investigating after two drivers backed into a dispensary, destroying the front of the building.

Officers on the scene said four or five people went inside the store and ran away once the alarm sounded.

Police are searching for the suspects and did not say how much they took from the store.

The owner said they will board up the windows and stay open.