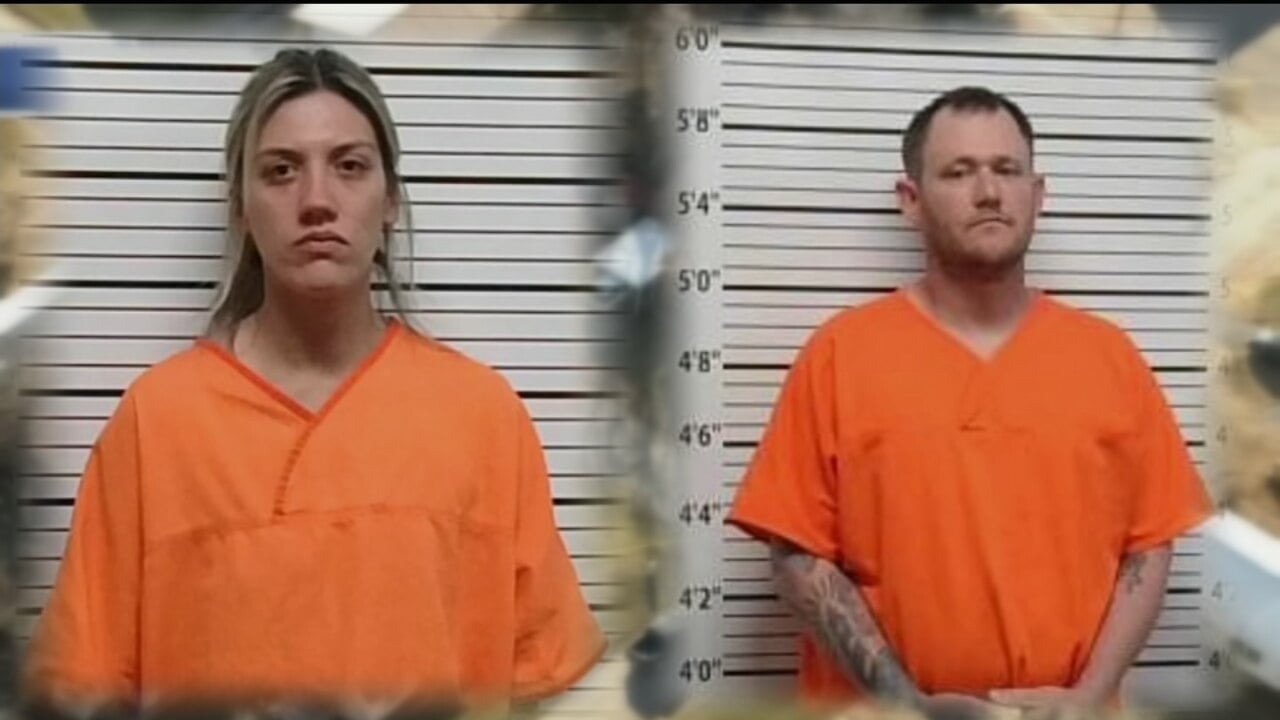 A family member of 4-year-old Athena Brownfield is opening up after her suspected remains were found in Grady County.

He wants to make sure Athena's 5-year-old sister is now safe.

“Away from extended family, absolutely out of Oklahoma,” said the man who did not want to be identified following alleged threats to Alysia and Ivon Adams’ extended family members.

The man is related to one of the girls' caretakers, Alysia Adams, who’s been charged with child neglect. The man said their family has been dysfunctional for years, and that as a child, his grandparents removed him from the chaos. A man who did not want to be identified said he broke down after learning of Athena's death. Ivon Adams, Alysia's husband, is charged with the child's murder.

“I’ve cried several times, I was raised by my grandpa and brother,” said the man.

The relative said he was 4 years old when he and his brother were removed from their mother's custody.

“We were just blessed, we're not better people than them, it's the grace of god, circumstance, and a person is a product of their environment,” said the relative.

The relative said he spent time with Alysia and watched her grow into a young woman, and at times said she struggled to find herself.

“A lot of hurt, a lot of insecurities,” said the relative.

Family or not, he said nothing could excuse the crimes Alysia and her husband are accused of.

“Alysia was by all appearances a normal, healthy, psychologically hinged girl, whose parents had split up, who had some family with drama, but no indication of what would happen,” said the relative.

Athena will be laid to rest Wednesday at the Stride Center in Enid. Her funeral is open to the public.