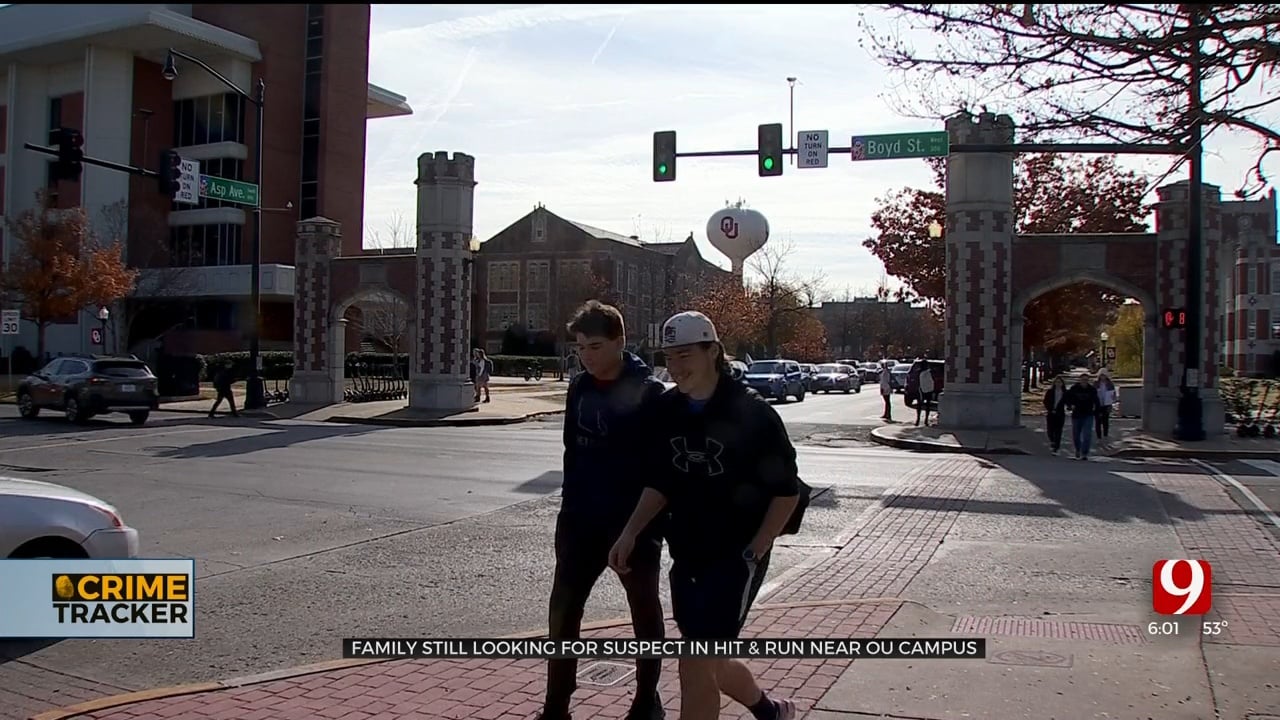 An investigation is underway involving a hit-and-run on Campus Corner in Norman.

A University of Oklahoma student and her father, who is a police officer in the metro, are working with the Norman Police Department to catch the suspect.

A normal night in between classes in November took an unexpected turn for MacKinzie Lewis. Cameras on campus captured the moments as Lewis crossed the street at West Boyd Street and Asp Avenue and the suspect turned in her direction.

“It was like slow motion,” Lewis, the victim, said.

Lewis was thrown on the hood and fell to the ground. She managed to get up and walk over to the driver's side door.

“Asked him what he was doing, said he had tinted windows and he couldn’t see me,” Lewis said. “And that he was going to pull over so we could exchange our information, and then he just drove off.”

Lewis said a Norman patrol officer responded to the crash but told her without a tag number there was not much they could do. She was left with extreme pain, a concussion and few answers.

“If it wasn’t for my dad after that first night,” Lewis said. “Nothing would have come from it.”

The veteran law officer gathered security video from several different places and was able to identify the suspect's car as a black Honda sedan. Lewis remains hopeful someone out there can help the investigation. She has a warning for anyone crossing the streets in the busy area of campus corner.

“Definitely watch your surroundings and make sure to walk only when the light is on telling you, you can,” Lewis said.

Lewis offered some advice if anyone ever becomes the victim of a hit-and-run.

“It definitely helps if you keep pushing and checking in on it,” Lewis said. “Making sure things are getting done for it.”

Authorities ask anyone who witnessed the incident or can identify the driver to call Norman Police.