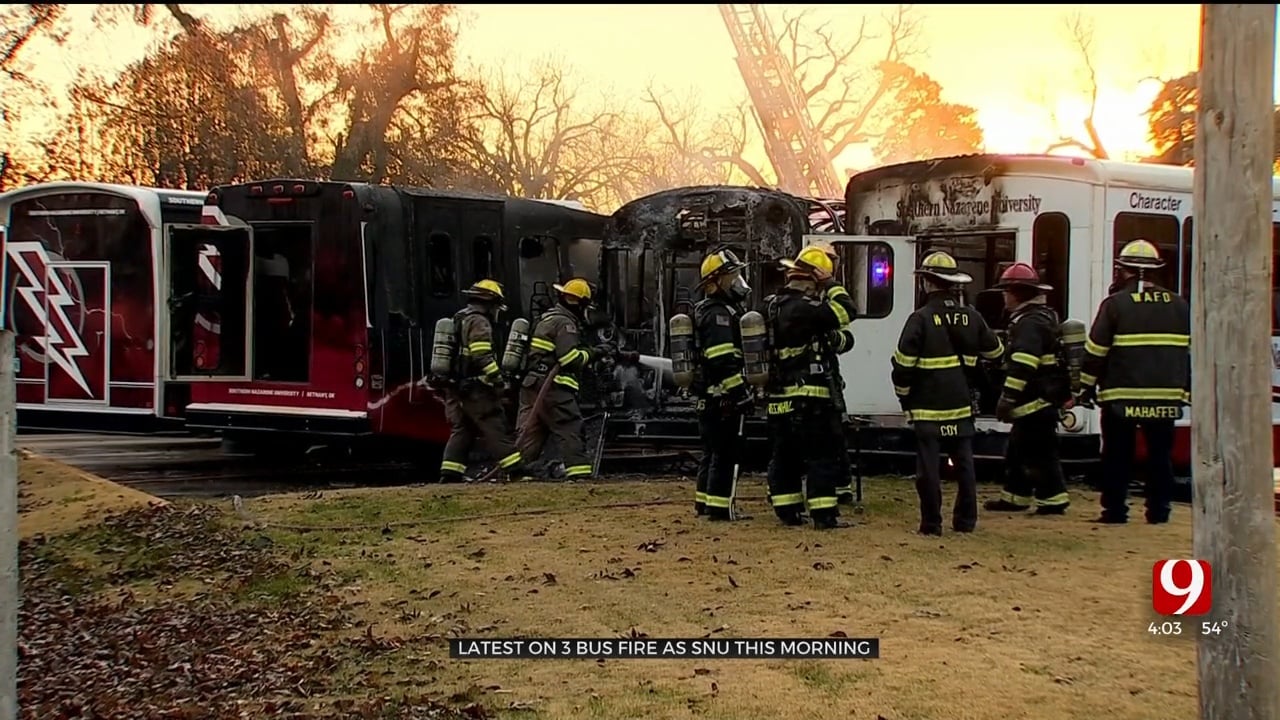 Now, clean up and an investigation is underway.

Bethany and Warr Acres fire departments responded to the scene at 7 a.m.

The fires happened behind the Sawyer Center near Northwest 39th Expressway and North Donald Avenue.

Students, employees and other university personnel were not in danger.

A firefighter on the scene did suffer a minor injury to their hand.