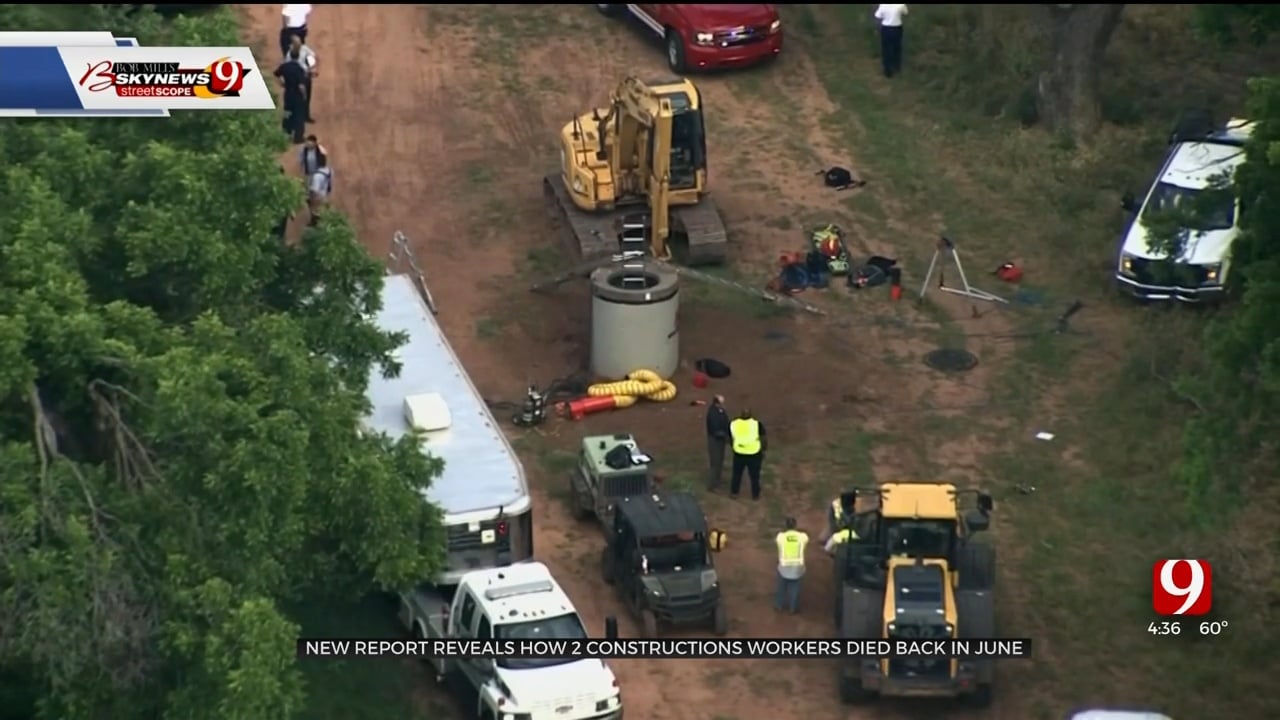 The Occupational Safety and Health Administration (OSHA) released new information about two deaths that occurred on a job site in June.

OSHA said the contractors out of Arkansas working on sewer lines in Edmond failed to test oxygen levels in the confined space while not providing rescue equipment.

On June 14, one employee of Belt Construction INC. climbed into a newly installed sewer maintenance hole to conduct testing when they passed out.

Another employee went down to rescue the worker when they both lost consciousness.

Both employees later died because of their injuries.

“They have a 15-day window to ask for an informal conference to come and discuss, and that is an opportunity to them to come in and present their case,” OSHA Area Director Steven Kirby said.

OSHA presented its findings to the company last week. Their investigators determined the company “did not complete required planning before allowing workers to enter the space.”

“Anytime there is a confined space unless the testing is done properly, and all the procedures for making a safe entry are done, then you or your employer really have no idea what the hazards are in the confined space,” Kirby said.