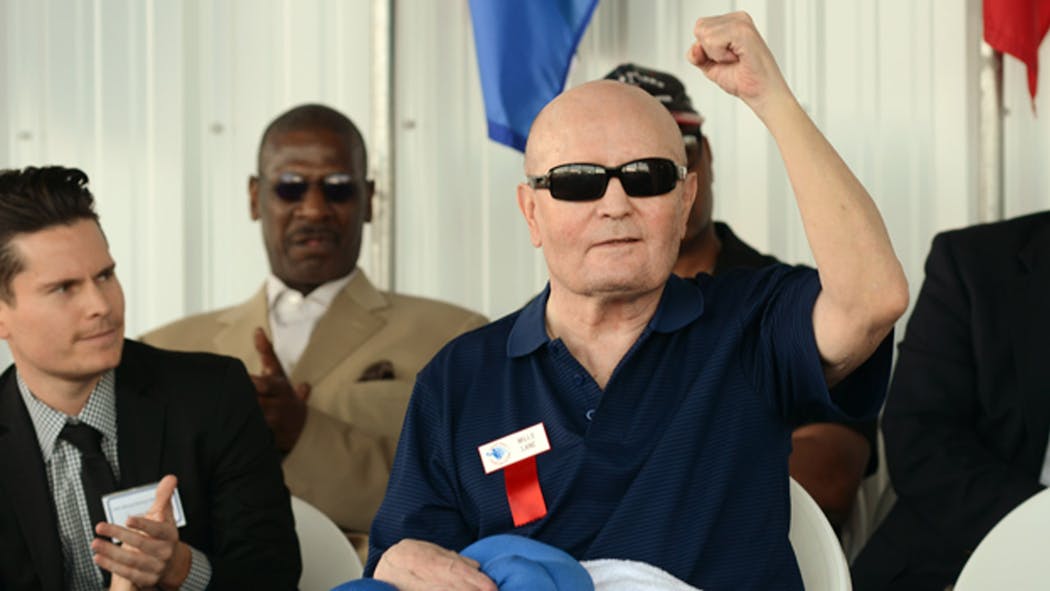 Mills Lane, one of the most famous referees in boxing history, has died at age 85.

Lane, famous for his catchphrase "Let's get it on," refereed many famous fights, including the notorious "Bite Fight" when Mike Tyson bit Evander Holyfield's ear. Lane had a brief career as a professional boxer in the 1960s before becoming a referee. Lane refereed more than 100 world title fights in his career. The final championship fight worked by Lane came in August 1998, when he accidentally shoved Bernard Hopkins out of the ring while breaking up a clinch, injuring Hopkins. He worked his final fight later that year.

In addition to the Hopkins injury and the "Bite Fight," Lane was the third man in the ring when Oliver McCall suffered a nervous breakdown against Lennox Lewis and at the "Fan Man Fight" between Riddick Bowe and Evander Holyfield when a man nearly parachuted into the ring before getting tangled in the lighting rig and eventually was pulled into the crowd and attacked by Bowe's team.

The same year as his retirement, Lane began serving as a judge on the television show "Judge Mills Lane." He held real-life positions as Chief Deputy Sheriff of Investigative Services, District Attorney and District Judge in Nevada's Washoe County.

Lane's profile continued to be elevated when he was recreated in claymation form as the referee on MTV's "Celebrity Death Match."

Lane was inducted into the International Boxing Hall of Fame in 2013.