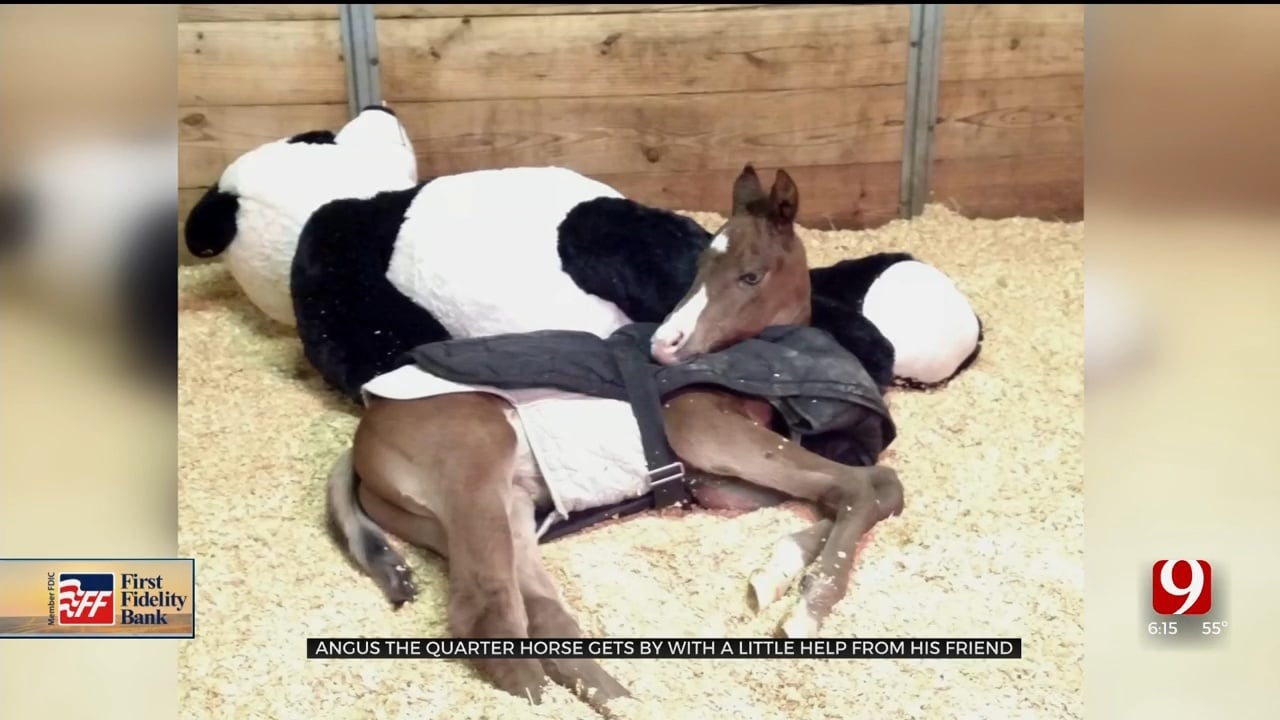 Angus is a 3-year-old quarter horse that was bred for greatness, and everything was going as planned until he was born.

“That’s what he was bred for, to be a good little reining horse,” breeding manager Carolyn Simancik said.

With his genetics, the expectations were really high.

“His dad is whiskey and diamonds, which is a $2 million-dollar sire, and his mom is always got your guns up, who is a huge marketing mare,” Simancik said.

Angus was carried as a surrogate, but after his birth one of the worst things happened.

“His surrogate decided she didn’t love him when he was born and wouldn’t let him nurse or do any of the things needed to thrive in life,” Simancik said .

In all her eight years of breeding horses, Simancik had never experienced a mother rejecting her colt, but she knew she would have to find a solution quickly.

“We put him on a bottle, so we would have to feed him, you know, every couple of hours,” Simancik said.

Then, she recalled a news story of a zoo that had a similar problem.

“I went and got him a big panda bear that night,” Simancik said.

Angus found the comfort he needed in the giant stuffed panda, and Carolyn found the perfect horse to possibly adopt Angus.

“She was super sweet and loving, so we thought maybe if we introduced them, which is called grafting, that maybe she would take him on,” Simancik said.

It worked. Within 15 minutes the bond was made between the adoptive mother and her new colt. All made possible through a giant stuffed panda.

“To have a baby that started off with all the things that could go wrong with him, and he overcame all of that,” Simancik said.

Now at just three years old, Angus is living up to his potential and competing to be the horse he was bred to be.

“He did pretty good, you know his first major horse show out he made the semifinals, so everybody was pretty excited about that,” Simancik said.