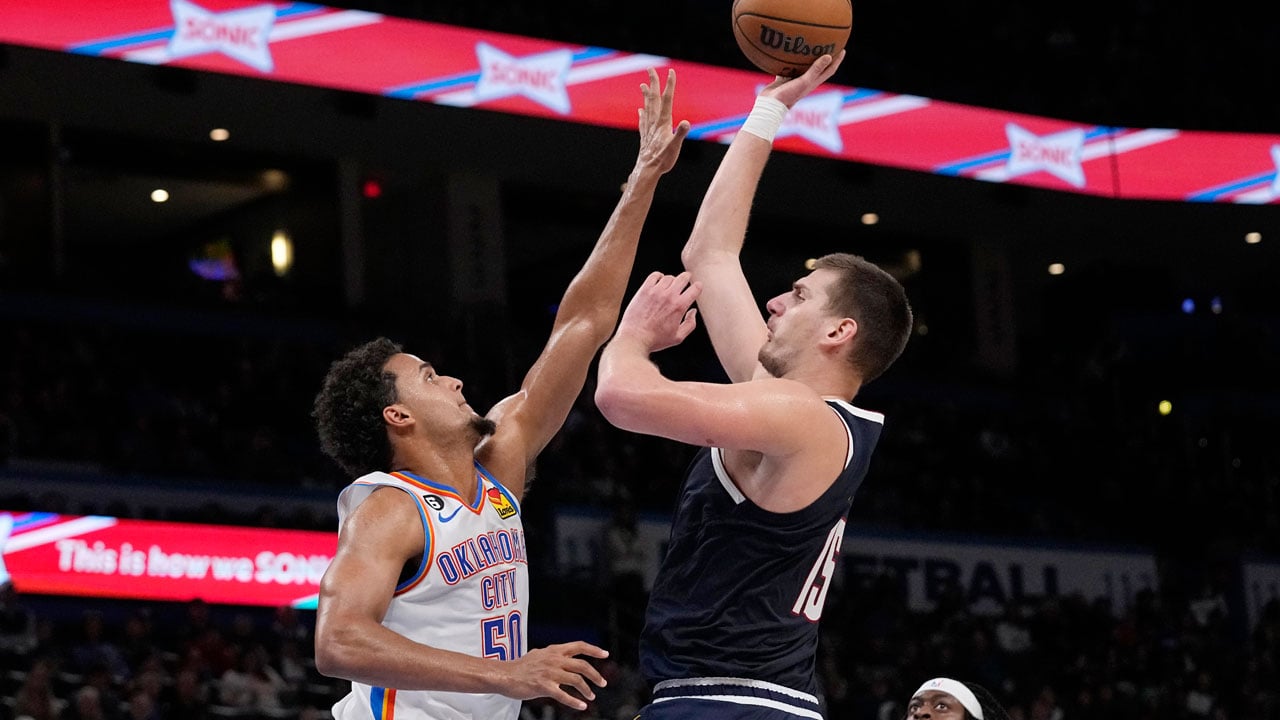 Playing without starters Jamal Murray and Michael Porter Jr., Jokic took it upon himself to dominate the opening period, hitting all five of his shots and scoring 14 points as the Nuggets took a 17-point lead into the second.

But Isiah Joe came off the Thunder bench to hit four-three pointers and Shai Gilgeous-Alexander scored 15 points in the second quarter as Oklahoma City put up 42 points and pulled within six at the half. Alexander finished with 31 points and 11 assists. Joe hit 7 of 10 3s for the game to finish with 21 points.

Lu Dort hit back-to-back 3s and rookie Jalen Williams also hit from distance to give Oklahoma City its first lead, 75-72 three minutes into the second half. The Thunder outscored the Nuggets 35-14 in the period to lead by 13.

But Jokic hit Gordon with a no look pass for a layup in the final minute to tie it game and neither team could score on their final possession, taking the game to overtime. Denver scored the first five points of the extra period.

Nuggets: Porter. missed the game with a left heel injury, while Murray was held out for rest. Bones Hyland, Ish Smith, Jeff Green and Payton Watson had already been ruled out so, Denver had only had 10 players in uniform and only nine played, as DeAndre Jordon never got off the bench.

Thunder: Aleksej Pokusevski returned to the starting lineup after missing Monday’s game against the Knicks with an ankle injury. Mike Muscala was not in uniform after suffering a broken thumb Monday against the Knicks.