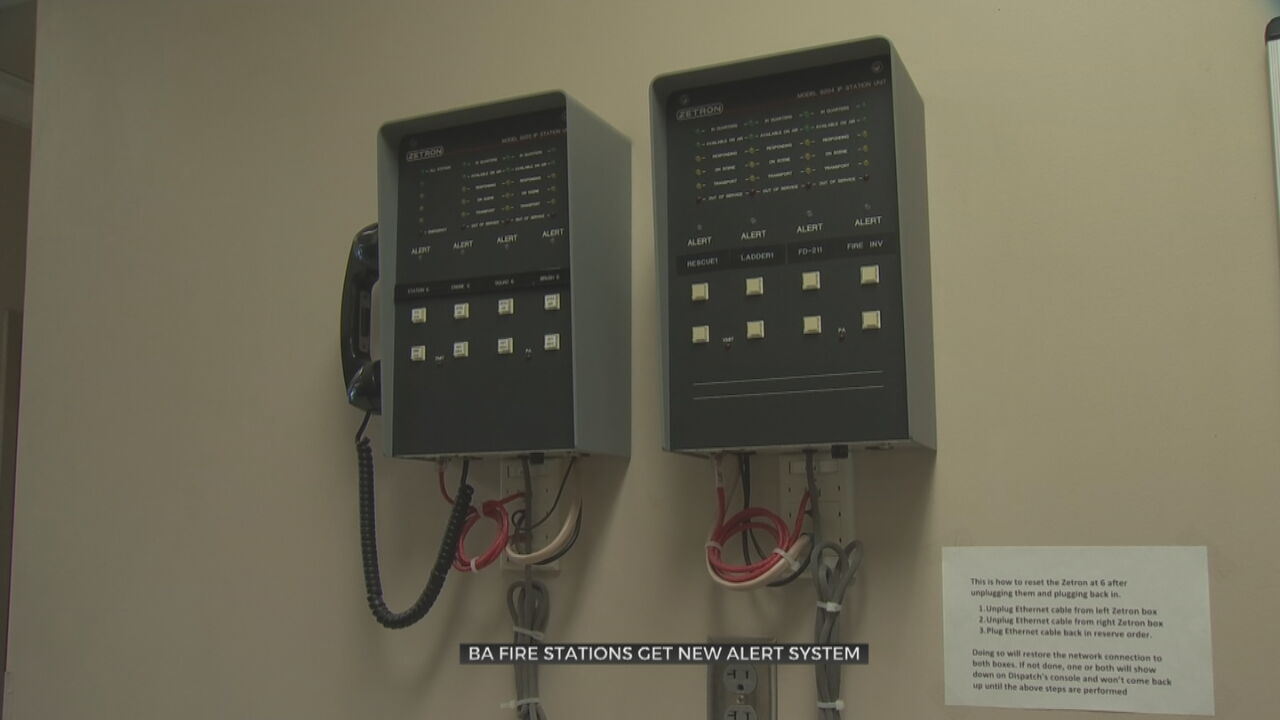 Fire stations in Broken Arrow will soon get a state-of-the-art alerting system to notify firefighters in an emergency.

The Phoenix G2 Station Alerting system will help notify firefighters of a need in a way that is not stressful to them when they are resting. The old system was built during the 1970s.

Broken Arrow Fire Chief Jeremy Moore says they had maintained it, but had trouble getting replacement parts and it wasn’t very efficient.

With the old system, everyone in the building was alerted in every emergency, but now notifications can go only to the people who are needed to respond.

The new alerting system has lights that aren’t as hard on the eyes and provides information to help firefighters respond faster.

Chief Moore says the city of Broken Arrow’s goal is to get to every fire or emergency in no more than four to five minutes and this addition will only help in their efforts.

"As they wake up the tones and messages are going across. There is message boards now that display as the fire crews exit the station as they exit the garage area of the station so they can see the addresses scrolling. It also provides a timer letting them know how long they have been responding so it gets everybody out of the station in a quick manner,” Chief Jeremy Moore.

Funding recently approved by the city council will install the system in the last three stations.

The goal is to have the work complete by the spring.

Chief Moore credits the citizens of Broken Arrow for continuing to support them by funding these types of improvements.