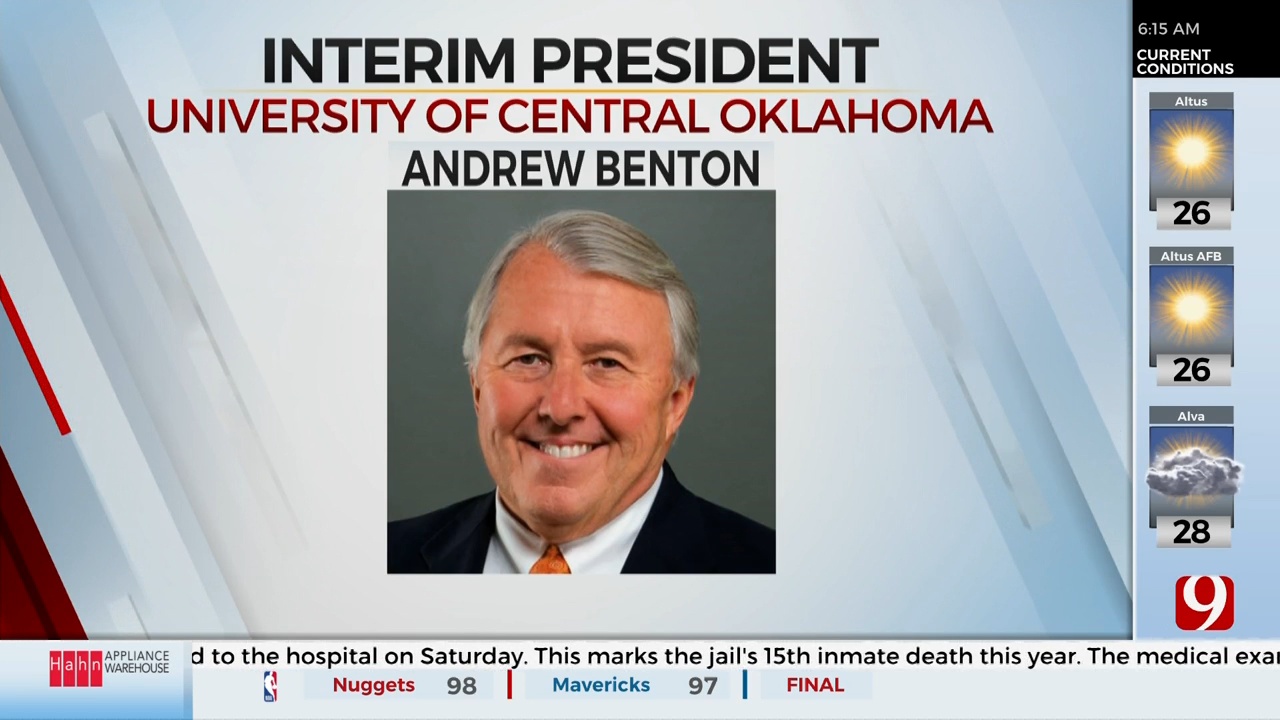 The University of Central Oklahoma names its new interim president following the departure of Patti Neuhold.

Neuhold recently left the role after three and a half years after she announced her intentions to move out of Oklahoma.

Benton previously served as president of Pepperdine University in California for nearly 20 years before his retirement.