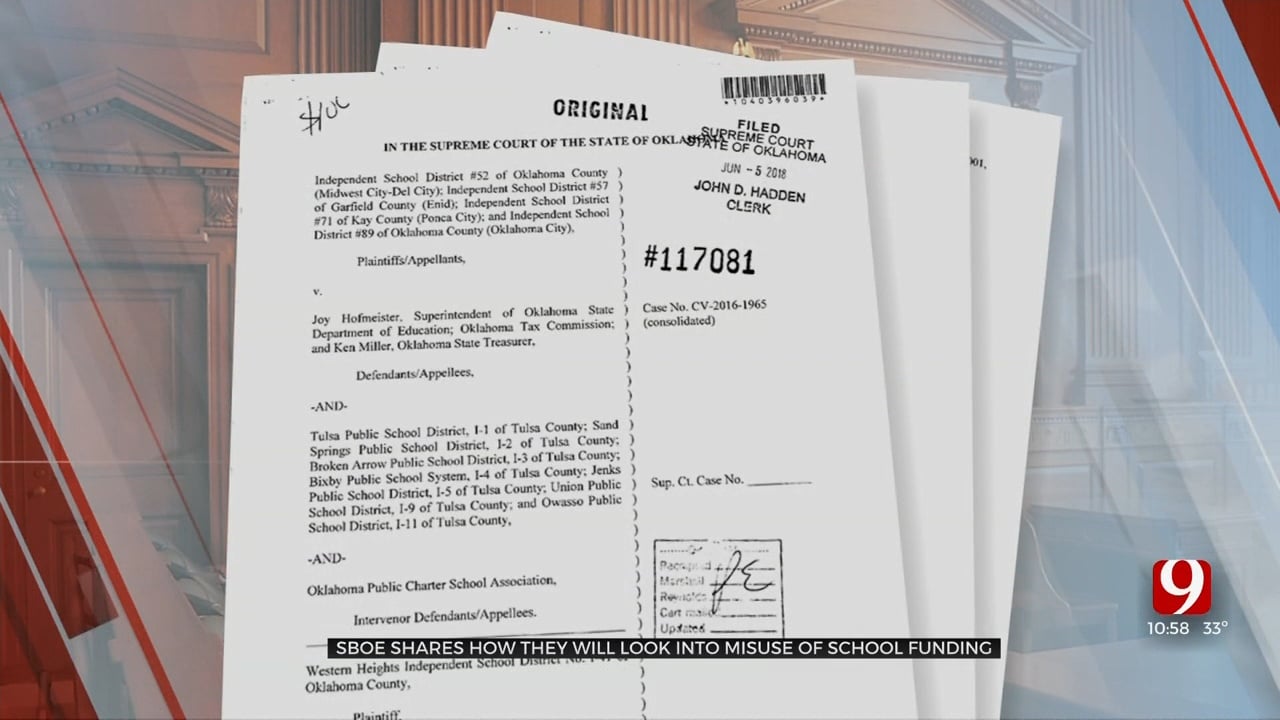 After 22 years of misallocated funds in Oklahoma Public Schools, the State Board of Education is working to fix the problem. At their November board meeting, they unanimously voted to request a state audit to figure out where the problem lies.

Oklahoma City, Ponca City, Enid and Mid Del say they were all underfunded from 1992 to 2014, and didn’t receive the full amount of State Aid funding they were supposed to.

“In approximately 1990, 1992, a tax law in the state of Oklahoma was changed that would have affected how school district funding was generated and allocated,” said Brad Clark, the General Counsel with the Oklahoma State Department of Education.

Clark explains that the law was not implemented in those years like it should have been.

“What we were looking at is a 22-year period from 1992 to 2014 where that tax law was not implemented at the tax commission, so the Department of Education did not receive those revised tax numbers in line with the change in law,” said Clark.

In 2015, State Superintendent Joy Hoffmeister recommended that the law be changed going forward.

"So that was changed, and it was righted at that time but what that did not prevent was the school districts who had been historically underfunded from filing a lawsuit seeking the callback, the 22 years' worth of underfunding that they claimed they were entitled to,” said Clark.

The litigation made it all the way to the Supreme Court, who decided the districts weren’t entitled to the full 22 years of funding because of lapsing appropriations.

“Appropriations in the state of Oklahoma lapse after about two years and so what the court said is the plaintiffs must show that they have a claim to those funds for about two years back from when they filed the lawsuit,” explained Clark.

Which takes us to 2014. The State Board of Education requested an audit Thursday from the state to figure out what districts were overpaid in 2014.

While no districts have admitted to being overpaid, Tulsa Public schools filed a response and objection in January of 2018.

“I think all parties have an idea of what districts might or might not be on that list, so we’ll work with the State Auditor’s office to make sure that we provide the information that we have and shorten the timeline for them to do their work,” said Clark.

In a statement, Oklahoma City Public Schools told us: “OKCPS has been actively trying to resolve this unfortunate miscalculation for many years. We look forward to receiving the funds that should have been appropriated to our students for their education.”