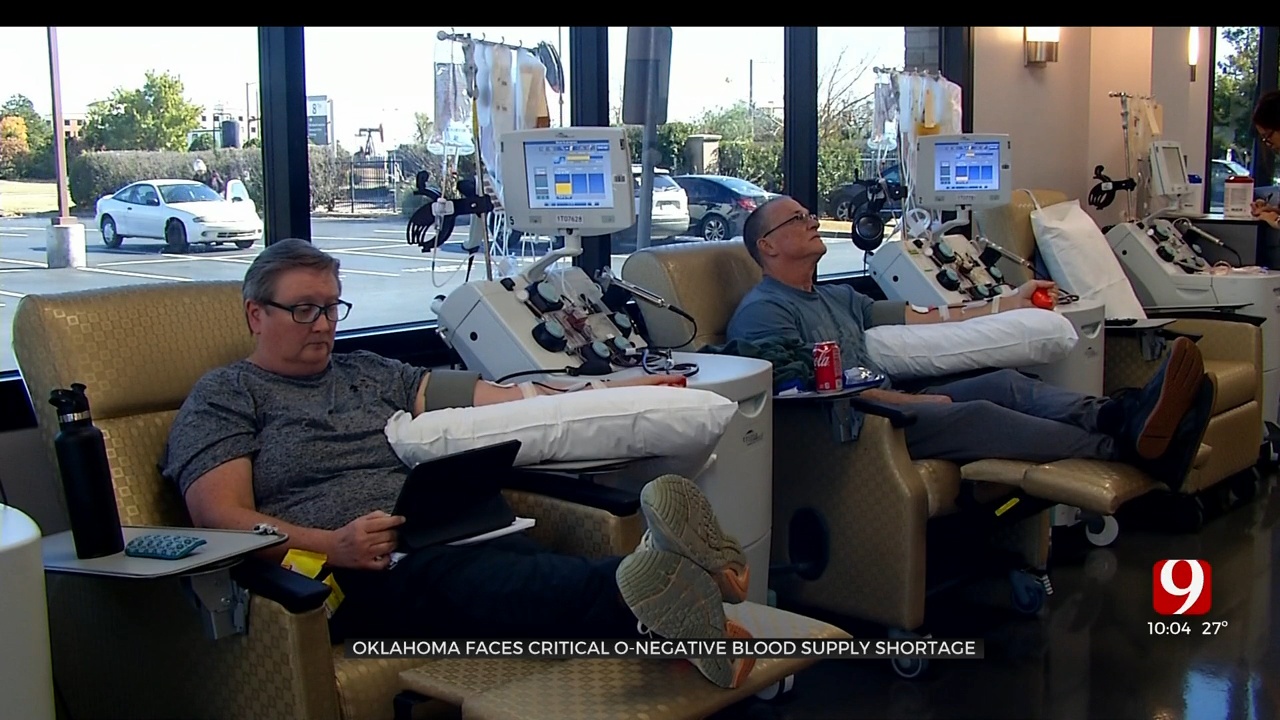 “Blood, it's just the life blood of our hospital system,” said Carson Cunningham, the Public Relations Manager at the Oklahoma Blood Institute.

OBI provides more than 90 percent of the blood in the state.

“Our entire hospital system relies on having it on the shelf,” Cunningham said.

However, hundreds of units are needed to get those shelves restocked with O negative, which is the only universal blood type and always in demand.

“When certain trauma situations happen, there are emergency situations if they don't know someone's blood type, they immediately use the O negative,” he said.

Cunningham says with holidays approaching, there is always a dip in donors, but a supply chain issue on certain specialized bags is causing the OBI to fall short.

“We have this power red program where folks can donate two units instead of just one unit, but it takes these specialized bags, but we don't have the supplies to take it in, so that's been really frustrating,” said Cunningham.

OBI is calling on donors with type O negative to come donate. Donors like Sue Jay, who donates platelets every two weeks.

“I work in the medical field, or I have, and I know how important blood products, platelets are because there's always a need for it,” Jay said. “It's my way of giving back.”

John Toole lost his wife to cancer and knows how important donations are to those suffering.

“She had a brain tumor and she had chemo and used platelets,” he said.

Now Toole drives from Harrah every three weeks to donate for others.

“Seeing that impact with them, I think goes a long way for people, that hear their story, it can make a difference,” Cunningham said.

By donating at OBI, your donation stays in Oklahoma.

“It’s going right down the road to the hospital nearest you that is for certain,” he said.

Donating blood takes about an hour and can save up to three lives. Donors can make appointments and find donation locations at obi.org or by calling 877-340-8777.