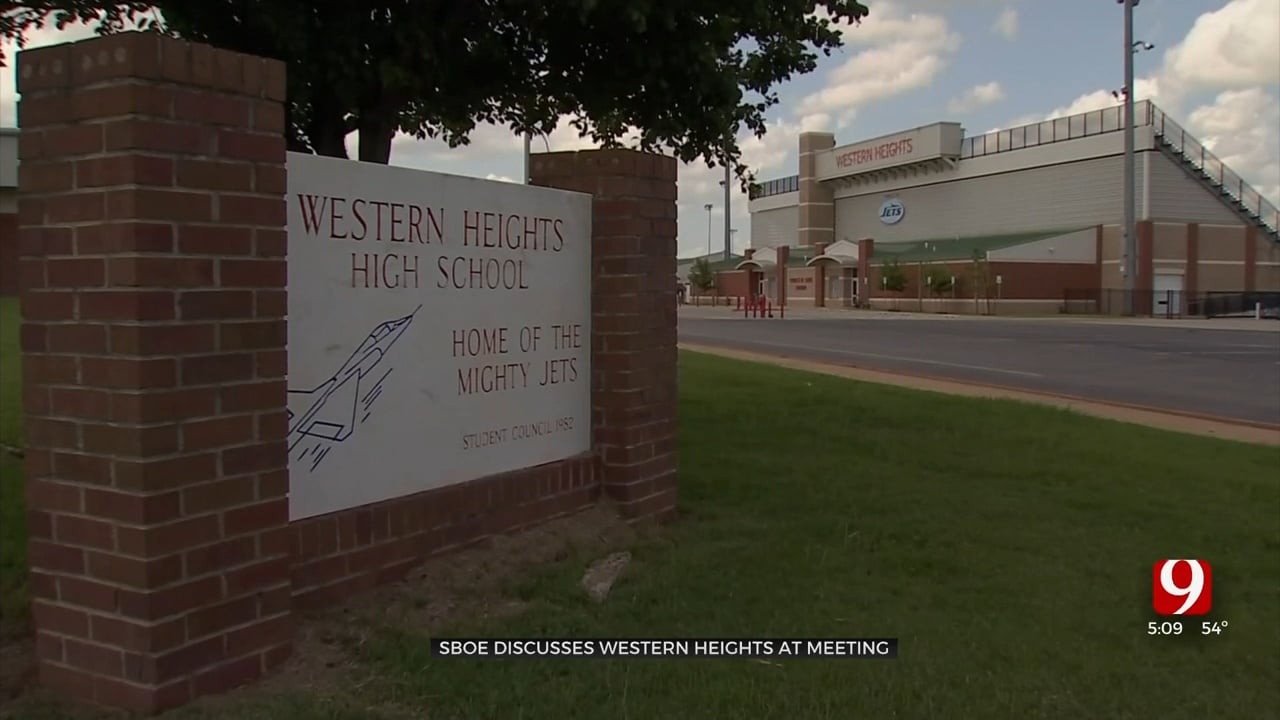 With fewer than half of the members remaining on Western Heights Public Schools’ school board, the district is looking for at least one person to fill a seat.

Among the board’s resignations this week include its president and vice president.

They need at least one more person to fill the vacant seats so they can resume normal operations.

Related: State Board Of Education To Meet Thursday After Western Heights Loses 3 School Board Members

The State Board of Education held its monthly meeting Thursday where they discussed Western Heights and filling those positions.

Current board members said they want to move quickly with the decision while also putting enough thought into recommending the right person for the position.

The state’s board members said they’re hoping to have some recommendations for the third seat to Governor Kevin Stitt by Thanksgiving. By then, it will ultimately be up to Stitt to appoint the board member.

Originally, Western Heights Public Schools had its own board meeting scheduled for next Monday. However, without quorum, the state board approved some financial and personnel matters for the district.

"We've appreciated all the help and supposed the state’s given us and, as we move forward, I'm sure they will continue to give us some support, Western Heights Public Schools interim superintendent Brayden Savage said. “But we are ready to have that local control back because we know that's the way public schools work.”

If anyone has interest in filling one of these board openings, Savage urges them to reach out to her.