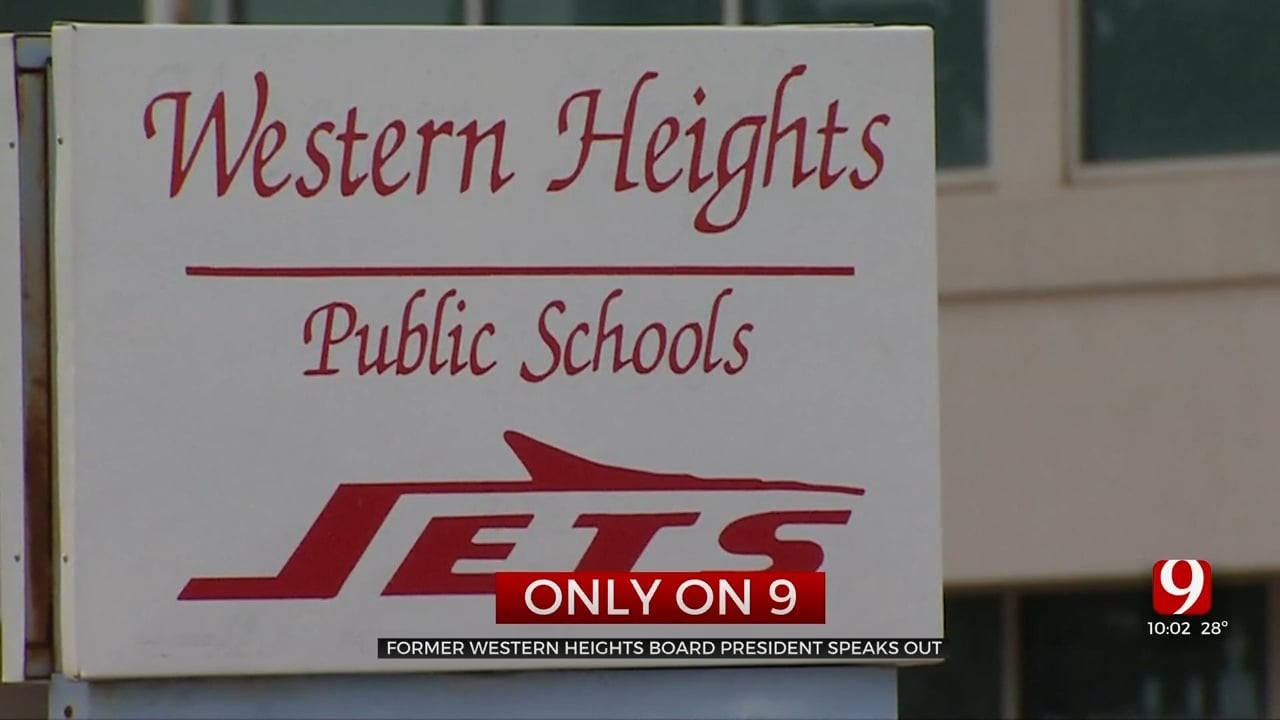 Robert Everman stepped down from his post as President of the Western Heights Board of Education Tuesday. He told News 9 he considered leaving the district for years but stayed to see through two separate legal battles with the state department of education.

“I didn't want to do it right before an election and make it look like I was trying to affect anything or do anything,” Everman said.

Robert Sharpe, the board’s vice president, and fellow member Linda Farley both announced their resignations on the same day as Everman. He said the timing was coincidental.

“I told (Sharpe) that I was planning to resign,” Everman said. “(Sharpe) said ‘well I already got a letter I'm ready to go as well.’ Being the president, I said ‘I'll come by and pick up that letter and turn that in for you.’ (Sharpe) said ‘please do.’”

“You could call it a coincidence or whatever but it was not an orchestrated event,” Everman said.

Members of the state board of education and State Superintendent Joy Hofmeister have called on Everman to resign for more than a year. The state board assumed authority over the Western Heights board last year after putting the district on probation.

The state also suspended the license of then-Superintendent Mannix Barnes, who had worked alongside Everman in several capacities prior to Western Heights, for misuse of bond funding as well as significant losses in staff and students in recent years.

Everman said he is still friends with Barnes and doesn’t believe there’s been any misuse of public funds during his tenure.

“I think he did a very good job,” Everman said of Barnes.

In June 2021, two months after the state placed Western Heights on probation, the board signed a three-year extension of Barnes’ contract. That same month, the state suspended Barnes’ license.

Everman denies any wrongdoing and said he’s always acted in the best interest of the students.

“I have not done anything illegal, immoral unethical, and I don’t ever intend for my life to be that way,” he said.

Everman said his family received multiple threatening phone calls since he announced his resignation. He called the calls, “wrong.”