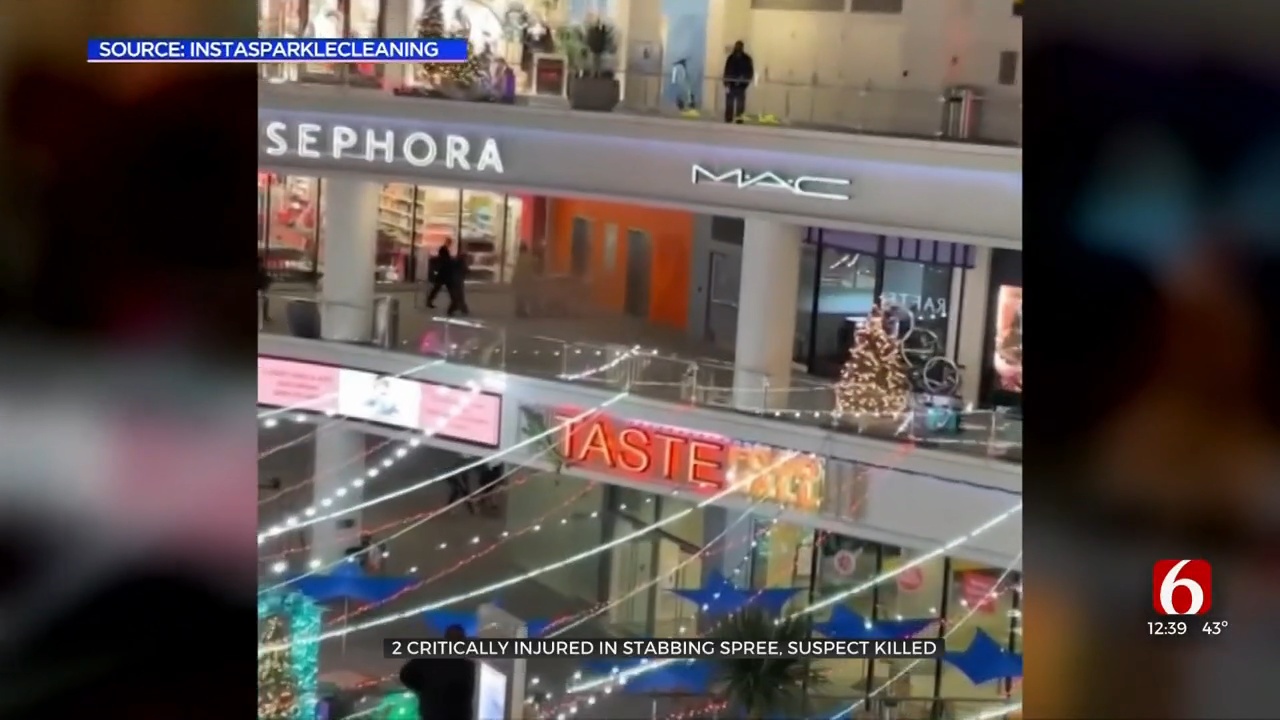 A man walked into a downtown Los Angeles Target store on Tuesday and stabbed and critically injured two people, including a 9-year-old boy before he was shot and killed by a security guard, police said.

The stabbings took place shortly before 6:30 p.m. in the Target store at FIGat7th, a large multi-level open shopping plaza located in the city's Financial District.

The man, described as 40 years old and homeless, came into the store, grabbed a large butcher-style knife from a shelf and approached a 9-year-old boy, saying several times that he was going to kill him, Police Chief Michel Moore said at a news conference.

"It's a troubling night with Los Angeles here — to see this type of violence in our city," Moore said, according to CBS Los Angeles.

When the boy tried to move away, he stabbed the boy in the back, wounding him in the shoulder, then went to another area of the store where he stabbed a 25-year-old woman in the chest, Moore said.

Moore said that the young boy suffered a "deep laceration in his left shoulder."

Other people in the store pulled the woman into a pharmacy and closed the gate to protect her, the chief said.

A security guard tried to subdue the attacker with a baton but then shot him and he was declared dead at a hospital, Moore said.

"Out of nowhere, we heard people screaming," Kevin Zaragoza, who was shopping at the store with his brother, told KABC-TV. "We rushed to the front. Right there by the exit we see a girl on the floor, blood all over her."

"After that, we see the whole LAPD swarming in there with shotguns, all types of stuff. It was crazy."

The attacker didn't know the victims, police said. Moore said it was an unprovoked attack and officers are trying to determine a motive behind the attack, CBS Los Angeles reported.

"This is by no means a frequent occurrence here," said Moore.

A third person was slightly injured in what he termed a "stampede" as she and other customers fled the store, Moore said.

LAPD officers were already on another service call in the shopping complex and they were able to respond quickly, Moore said.