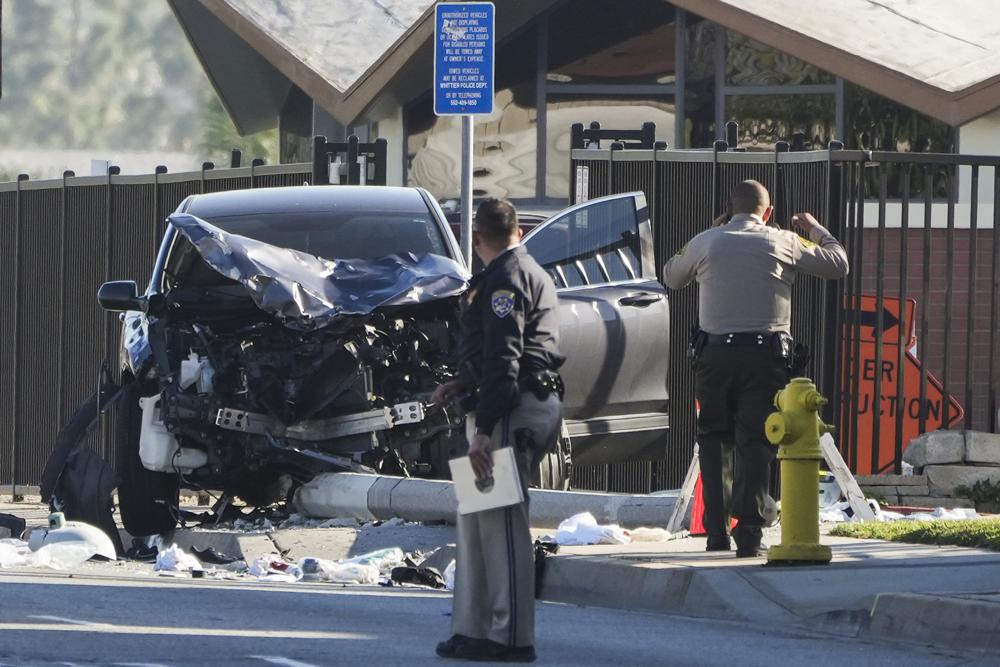 A vehicle that struck 22 Los Angeles County sheriff’s recruits on a training run around dawn Wednesday, critically injuring at least five of them, was traveling on the wrong side of the road just before the crash, authorities said.

“I am personally heart sick,” Los Angeles County Supervisor Janice Hahn said, adding that she was focusing on the cadets who were injured to pull through this.

The crash occurred just before 6:30 a.m. in suburban Whittier, where a training academy is located.

California Highway Patrol Assistant Chief Charlie Sampson said about 75 recruits were running in formation northbound in the street when the southbound vehicle veered into the opposing lane and struck the victims.

Sampson identified the driver a 22-year-old man from suburban Diamond Bar but withheld his name.

Sampson said the driver was cooperating with investigators. All possibilities, ranging from an intentional act to impaired driving, will be investigated, he said. Sampson said he did not have results of a field sobriety test.

TV news helicopter broadcasts showed a large response of firefighters and ambulances, an SUV with severe front-end damage straddling a toppled pole on a sidewalk, as well as numerous individuals nearby in uniform workout clothes. Close by was also a 25 mph (40 kph) speed limit sign.

Running shoes and a backpack were strewn around the scene.