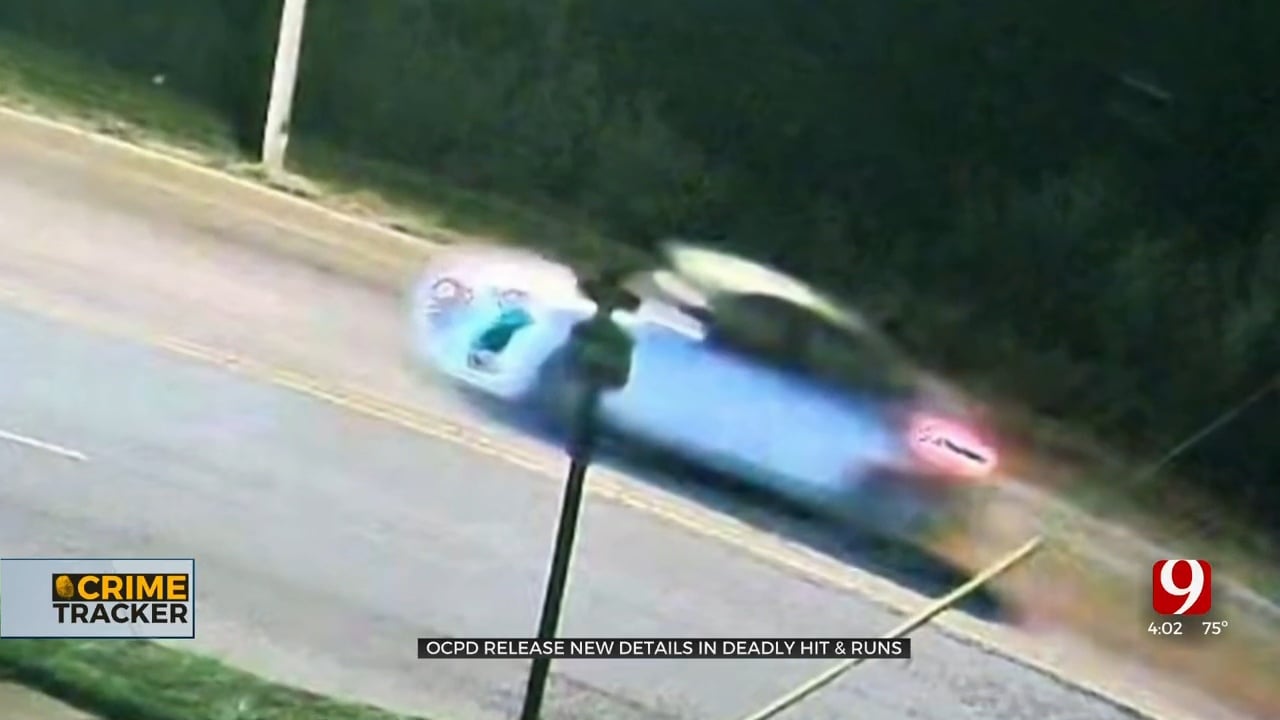 Oklahoma City police released pictures on Tuesday of a car involved in an auto-pedestrian hit-and-run crash that happened last week.

Police said the crash last Wednesday was one of three hit-and-runs on OKC city streets. Two women have died, and a third victim was not expected to survive.

Witnesses stopped to check on a woman who was hit around 9 p.m. near Northwest 1st Street and Pennsylvania Avenue and called 911.

“We have a homeless person in the middle of the road,” the 911 caller said. “I don’t know if she got hit or what.”

Police said Tammy Wolfchief, 51, was crossing the road last Wednesday night when a car hit her. The vehicle did not stop but was caught on a camera at Warren Birchard's nearby dispensary business.

“It looked like they sped up,” Birchard said. “They didn’t slow down. They bent the corner and kept going. It was kind of brutal.”

Birchard described the car as a white or silver 4-door vehicle. He gave his video to police to help with the investigation.

“There was no reason for it. The streets are lit up,” said Birchard. “There’s no way the person didn’t see what happened.”

Police said Wolfchief is on life support and not expected to survive. Her passing would make the third fatal hit-and-run in the last week.

“It’s just as important for pedestrians who are crossing the road to be mindful of traffic,” Oklahoma City Police Department Sergeant Dillon Quirk said. “As well it is to be alert while you are driving a vehicle.”