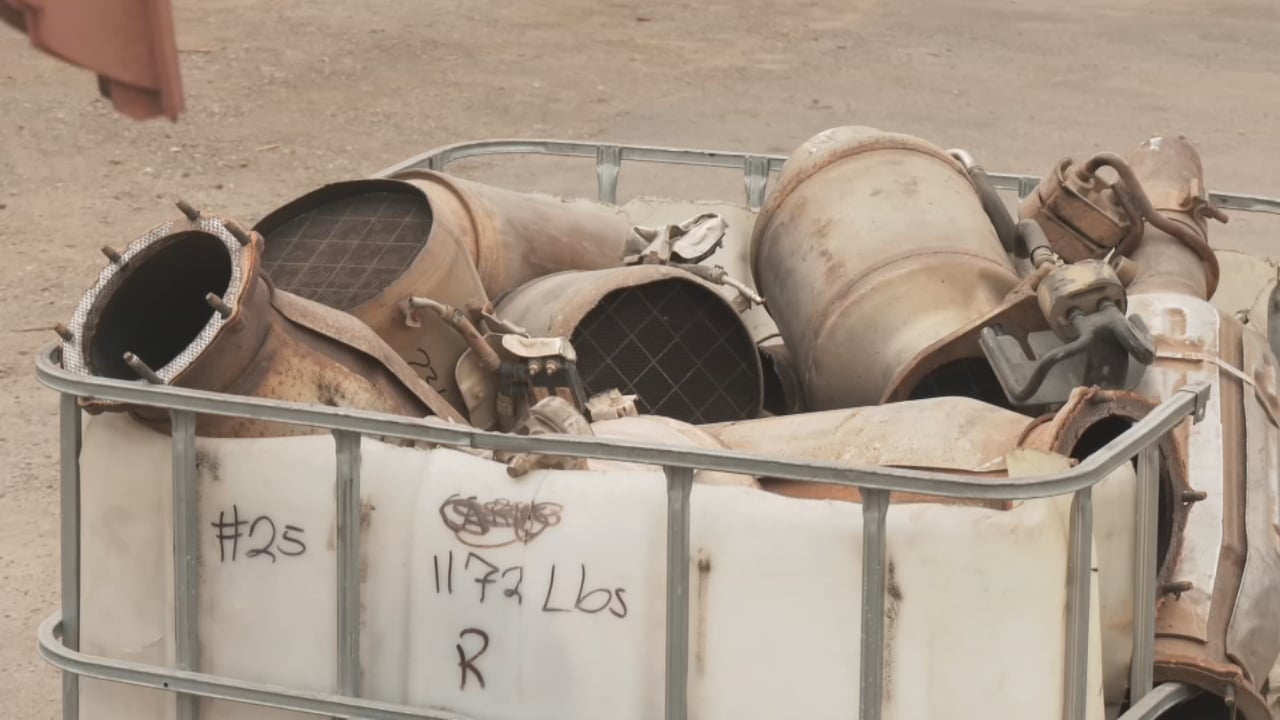 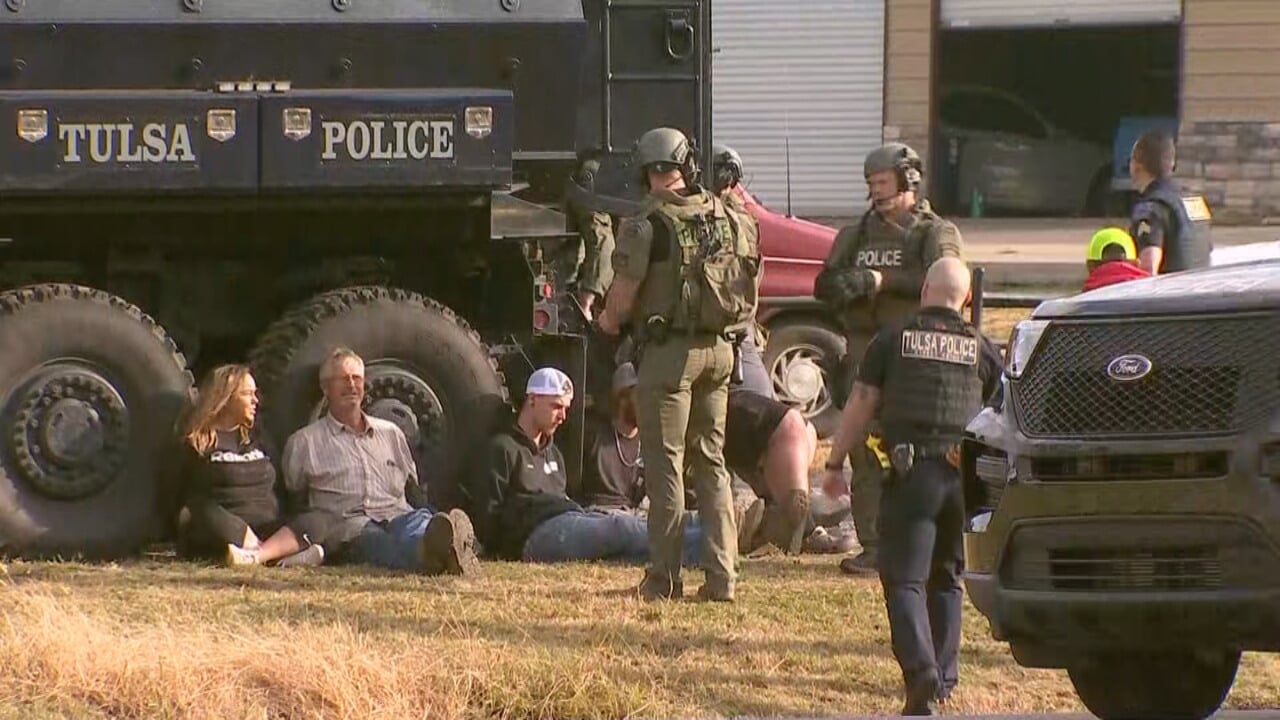 Part of a federal investigation is happening in northeast Oklahoma according to representatives from the Department of Homeland Security.

DHS announced that 13 defendants have been arrested in Oklahoma Wednesday in connection to an organized catalytic converter theft ring. Homeland security agents joined the Tulsa County Sheriff's Office and police officers from Tulsa, Broken Arrow, and Coweta at a building along Highway 51 between Coweta and Broken Arrow around 8:30 Wednesday morning. Dozens of officers were seen swarming the building and homeland security agents arrested at least eight people at the location.

Crews at the scene have loaded three semis with boxes of catalytic converters, with each semi holding about 24 pallets each.

DHS said searches and seizures took place in Oklahoma, California, Wyoming, Minnesota, New Jersey, New York, Nevada, North Carolina, and Virginia. In total, 21 individuals in five states have been arrested and/or charged for their roles in the conspiracy.

“In Tulsa alone, more than 2,000 catalytic converters were stolen in the past year,” said U.S. Attorney Clint Johnson for the Northern District of Oklahoma. “Organized criminal activity, including the large-scale theft of catalytic converters, is costly to victims and too often places citizens and law enforcement in danger. The collective work conducted by federal prosecutors and more than 10 different law enforcement agencies led to the filing of charges in the Northern District of Oklahoma against 13 defendants operating an alleged catalytic converter theft operation.”

The National insurance Crime Bureau says reported catalytic converter thefts went up from 1,300 in 2018 to more than 52,000 nationwide by 2021.

“The Tulsa Police Department originated this investigation within our jurisdiction and diligently followed leads which stretched across the United States. Complex investigations are the very reason why we work collaboratively with federal agencies to leverage resources and additional expertise,” said Tulsa Chief of Police Wendell Franklin. “Large criminal organizations such as the catalytic converter theft ring wreak havoc to consumers and legitimate businesses. This criminal enterprise caused additional strain of an already tight supply chain, which resulted in a false increase in demand and significant price spikes. The cost of such criminal activity has been passed on to all consumers involved in the automotive industry. Taking down this large criminal enterprise should cause some relief to consumers. I commend the men and women of the Tulsa Police Department and every other law enforcement agency involved in bringing down this criminal enterprise.”

“Congratulations to our Federal, State and local authorities for their outstanding work in this operation! Criminal organizations have no place in our society. Criminals who succumb to the idea of easy money through crime will not be tolerated by our citizens nor law enforcement. They will be investigated, arrested and held accountable in a court of law,” said Sheriff Vic Regalado, Tulsa County Sheriff's Office.