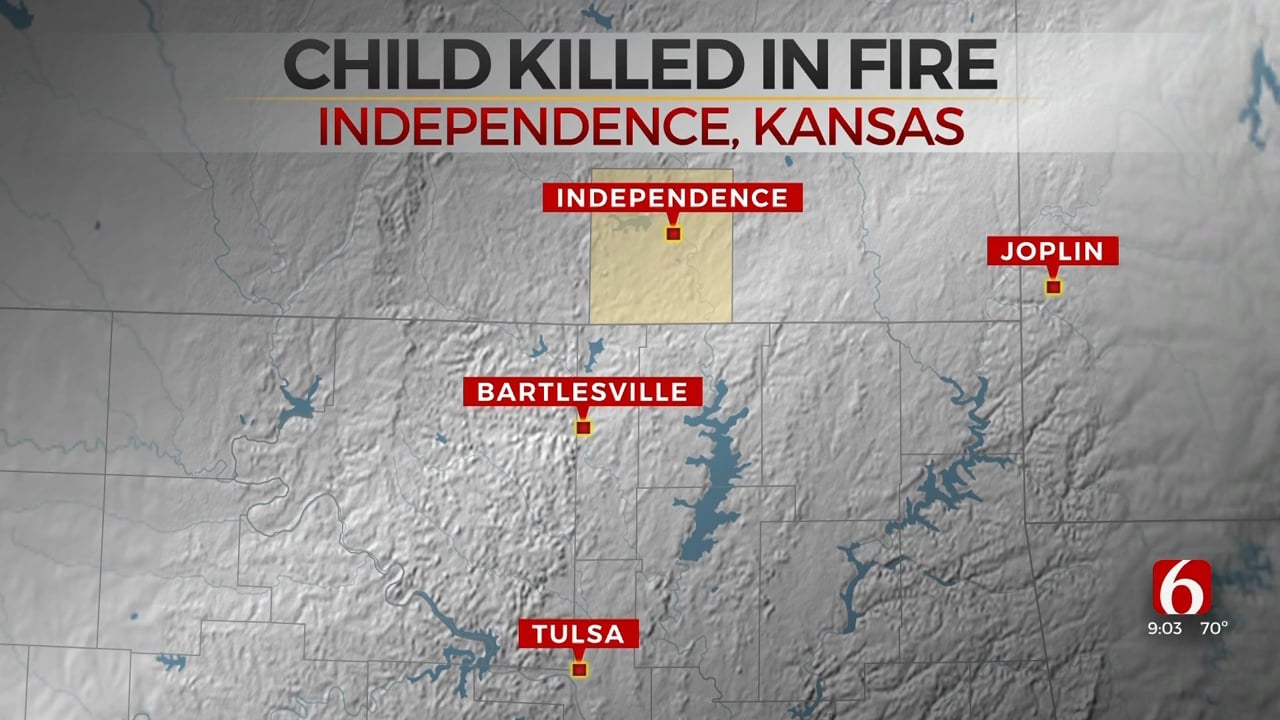 An eight-year-old girl died in a fire in Independence, KS on Thursday afternoon, according to the Montgomery County Sheriff’s Office.

Multiple fire departments were on the scene of a fully involved structure fire, where an eight-year-old girl was still inside, MSCO said.

The City of Independence Fire and EMS arrived on the scene, entered the residence and rescued the girl, MCSO said.

The girl was transported to a Kansas hospital where she was pronounced dead, MCSO said.

The cause of the fire and the death are still under investigation by the Fire Marshal, according to MSCO.

Sheriff Ron Wade released a statement on the tragedy.

“It is heartbreaking that a young girl tragically lost her life in this fire. Our thoughts and prayers are with the family.” Sheriff Wade said. “I want to thank all of the Rural Fire Departments, Independence City Fire & EMS, Coffeyville City Fire & Rescue, American Red Cross, Montgomery County Emergency Preparedness, and the Kansas State Fire Marshall’s Office for their efforts in putting the fire out and helping with the investigation.”

Sheriff Wade said they are not releasing the victim's name out of respect for the family.