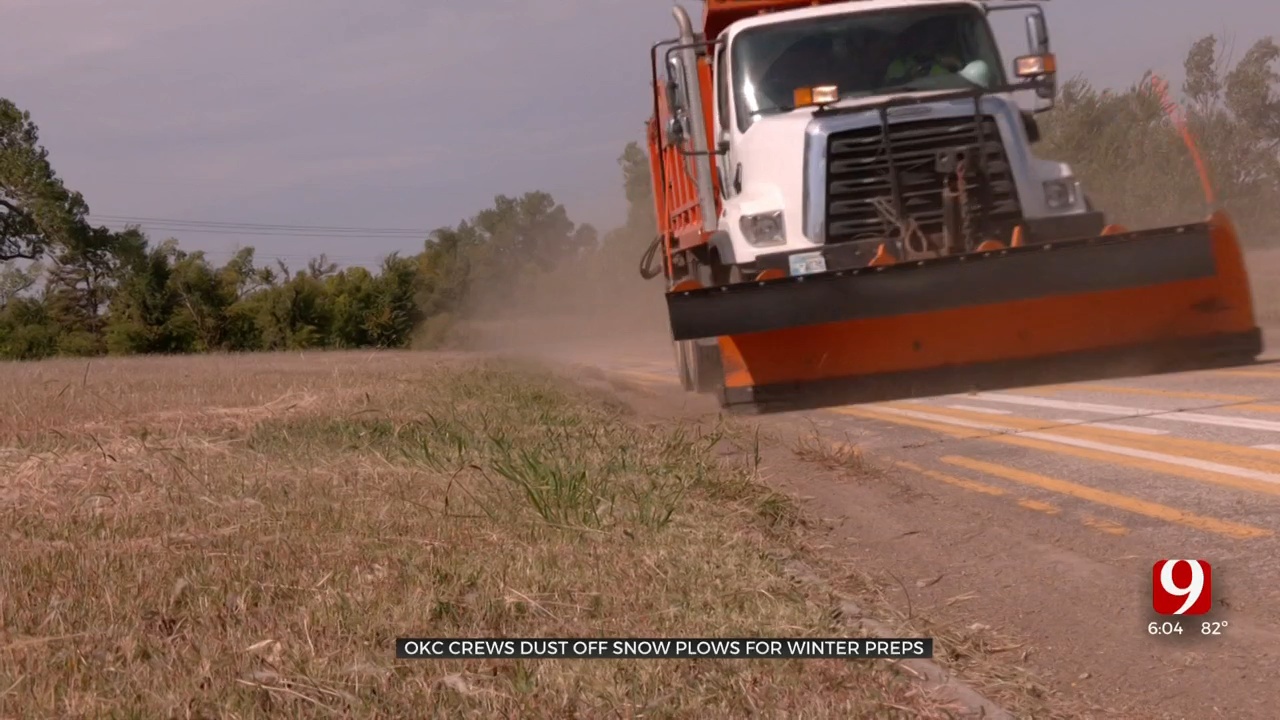 Street crews are putting pedal to the metal on their plows, practicing the best ways to tackle bad roads.

Raymond Melton said winter usually brings long hours and the last thing they want is to be surprised by another storm, like the one in 2020.

“We drove one and a half times around the world. If you can imagine driving on snow and ice for 12 hours at a time. It's tough so we do everything we can to make sure our guys get plenty of rest in between,” Melton said.

To tackle the storm the city stores salt and lots of it.

From there, crews take the plows to the streets.

The city said the biggest things drivers need to pay attention to is the sign on the back of their truck telling them to stay back at least 100 feet.

Mike Love with Public Works said on snow routes you should stay behind crews and not try to get in between them.

Love said it doesn't always snow in Oklahoma, but they want to be prepared for whatever comes their way.

“Everybody has anxiety right. Performance anxiety is a real thing. If you train on something it becomes muscle memory,” Love said.