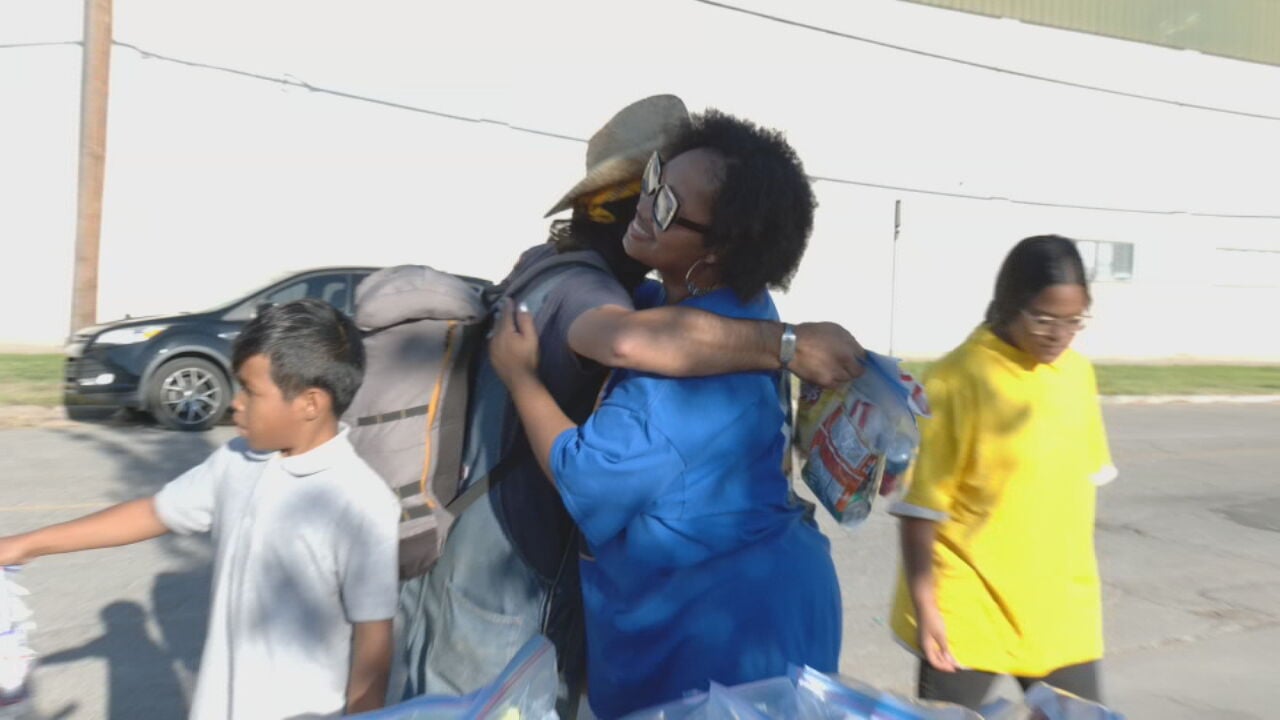 A Tulsa woman is celebrating seven years of being clean from a life of crime and drugs, by using her time to give back to the homeless. But she wasn’t alone.

Raittia Rogers Evangelism Ministries was joined near the Tulsa Day Center by two volunteers, who are just 10 and 14 years old. She hopes they develop the love of giving back.

Each month, Rogers sets up a table on the corner of Archer and Elwood in Downtown Tulsa. She passes out food and clothing donations to the homeless.

"Oh it's such a good feeling on the inside to give back. Yes, to be able to think correctly. To have your head on right. To do the right things. That’s what it's about,” Rogers said.

Before the age of 15, Rogers was selling drugs. She was involved in a gang and frequently got into fights.

“When you grow up, yes, you think it's okay. You think it's cool to go out and commit these crimes because you see everybody else out doing it, but my day came. I tell you what,” Rogers said.

At the age of 21, Rogers was sentenced to eight years for robbery with a dangerous weapon. While she was in prison, she prayed for her life of gang association to be over.

She served three years of her sentence. Once she got out, she quickly began helping the homeless and teaching youth.

"I'm a mentor and it's helping them look up to someone like me and to know that my life has not always been this way. So, they have to look at that and think about that and that's what's going to help them stay on the right track while they're young,” Rogers said.