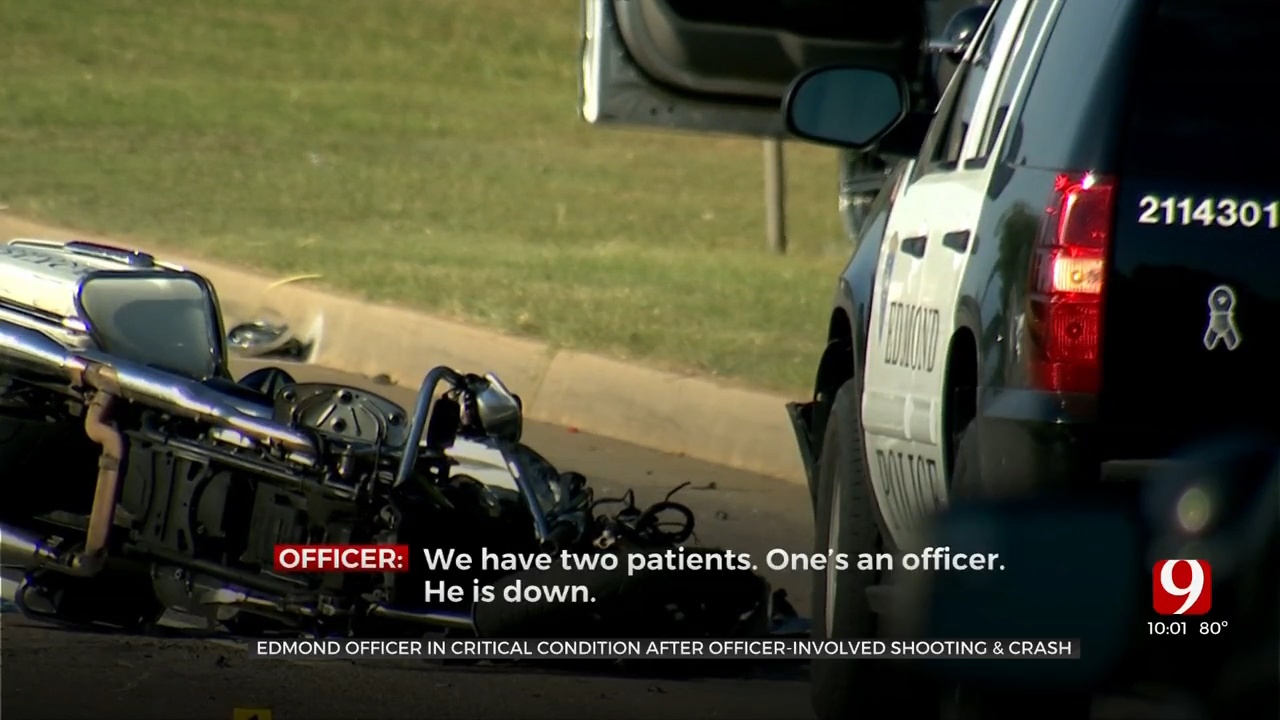 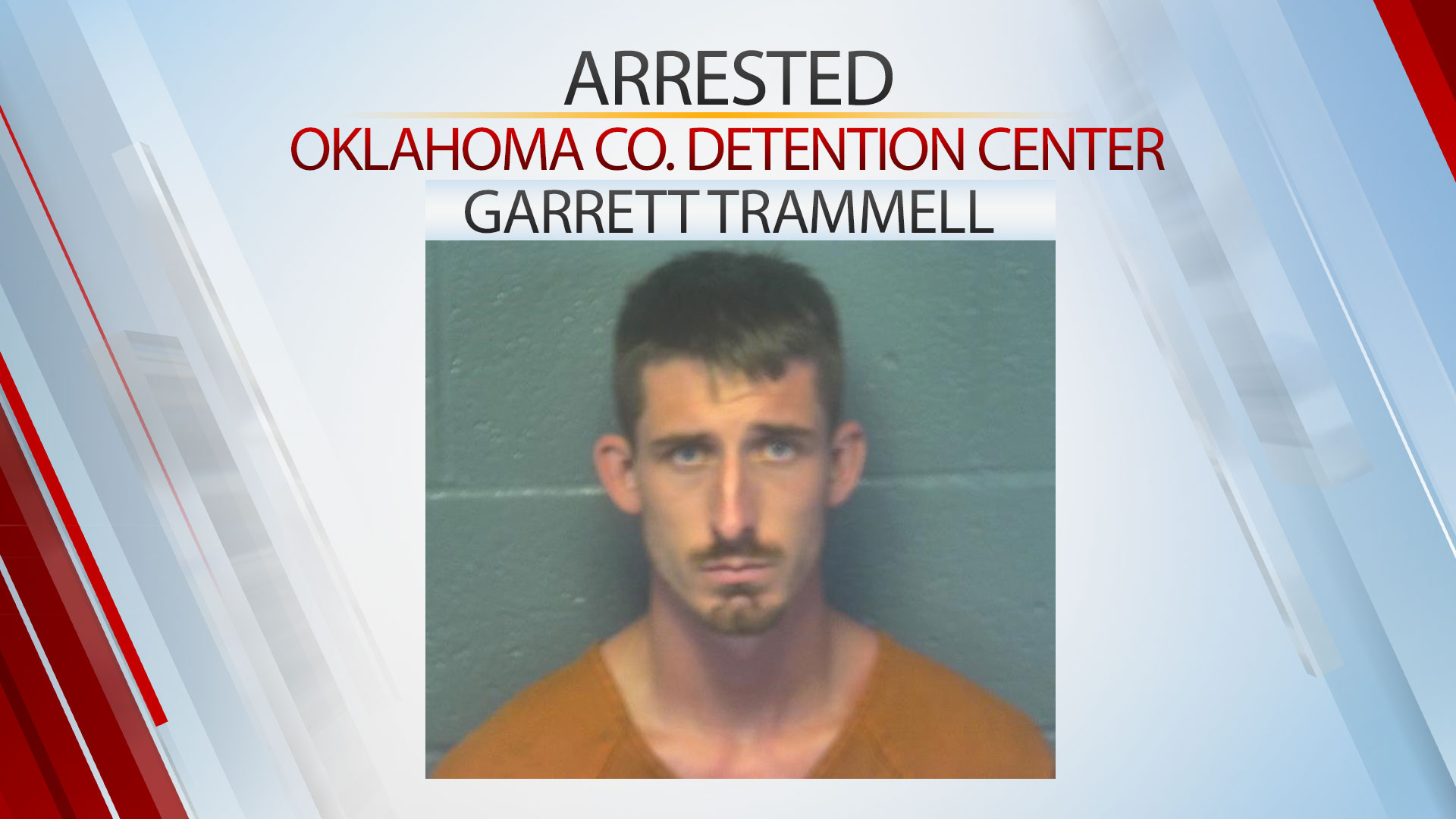 The officer, now identified as Sgt. Joe Wells, crashed out near South Boulevard and Smiling Hill Boulevard, which is within Oklahoma City's city limits.

Police said Wells was pursuing a suspect, who was accused of causing several wrecks within Edmond city limits, on a motorcycle. The suspect has been identified as 24-year-old Garrett Trammell.

Trammell, who was allegedly driving while under the influence, drove toward the Edmond police officer.

The suspect was not hit by the Edmond officer's gunshot, OCPD said.

Officials said Wells was found unconscious in a ditch before he regained consciousness and was transported to OU Health.

The officer is currently in critical condition.

Trammell was placed under arrest before he was transported to OU Health. He has since been released from the hospital and will be taken to the Oklahoma County Detention Center where he will face multiple complaints.