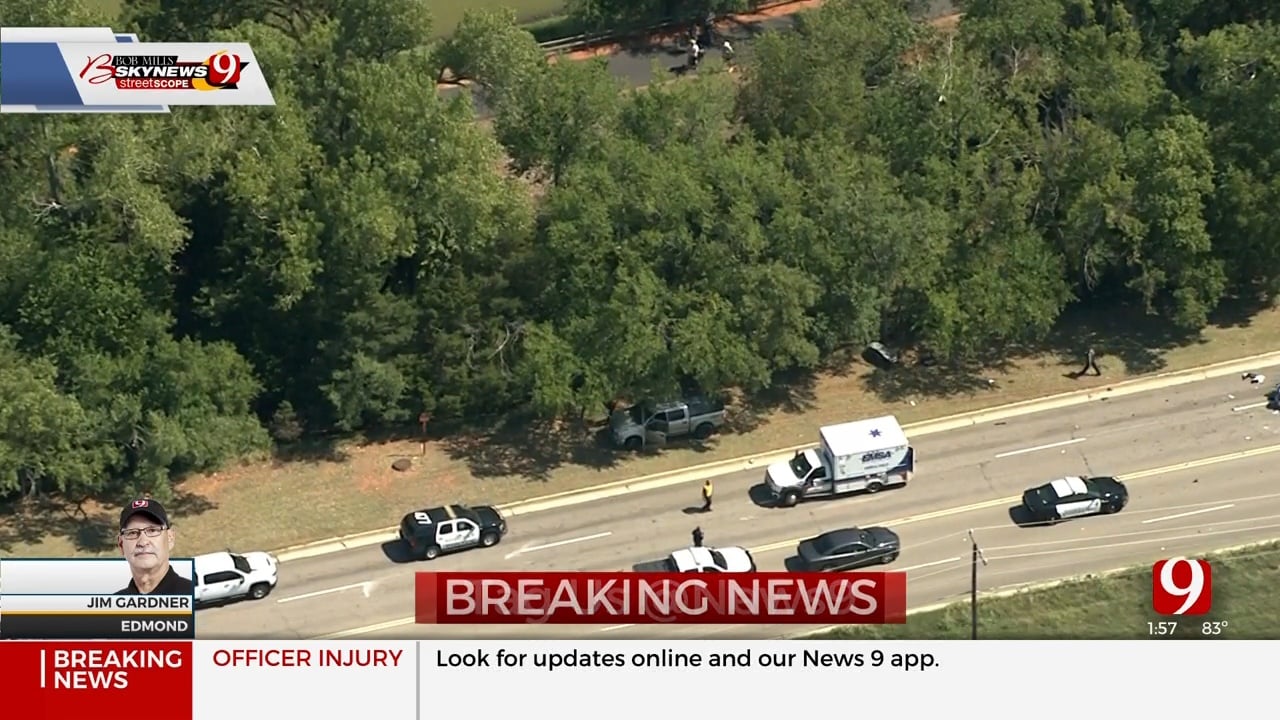 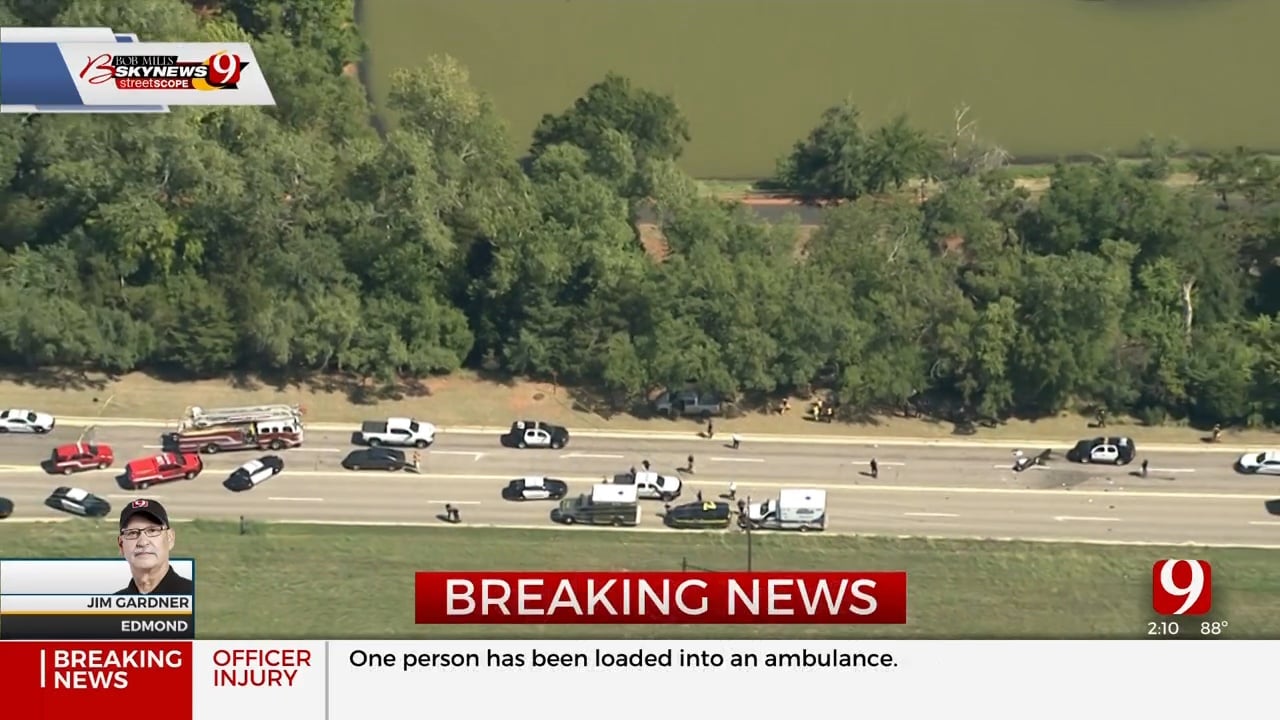 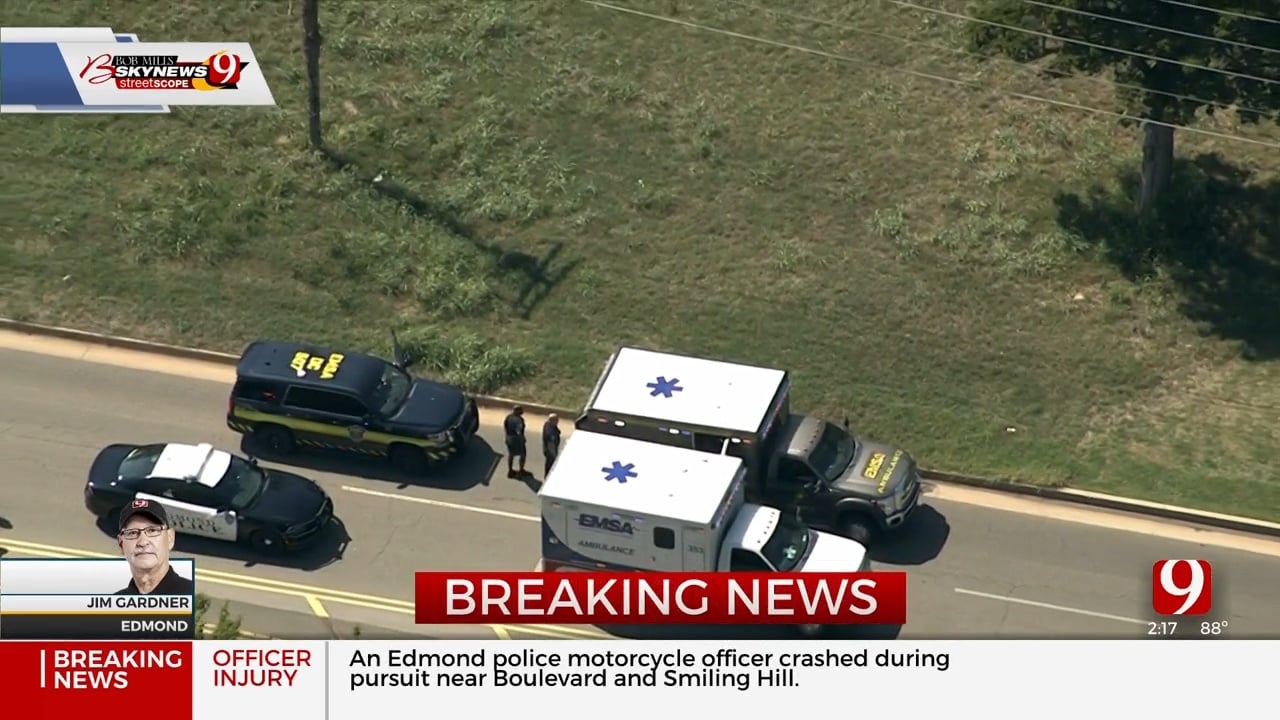 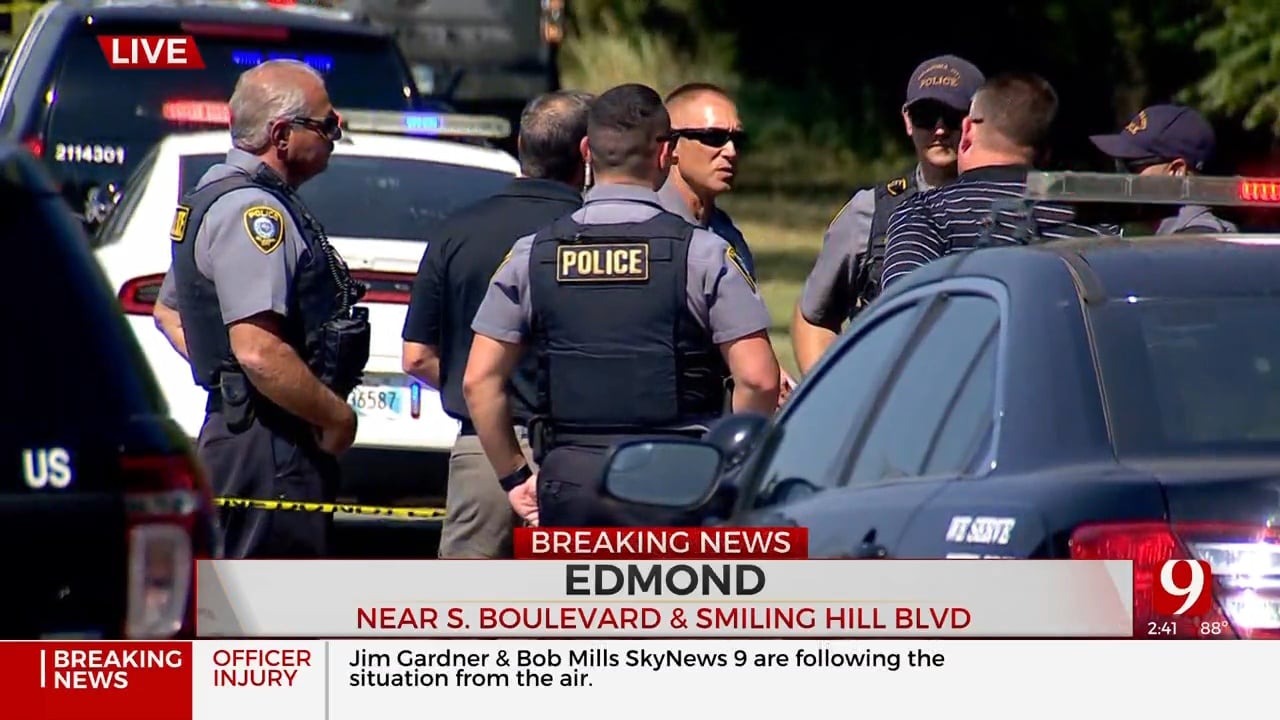 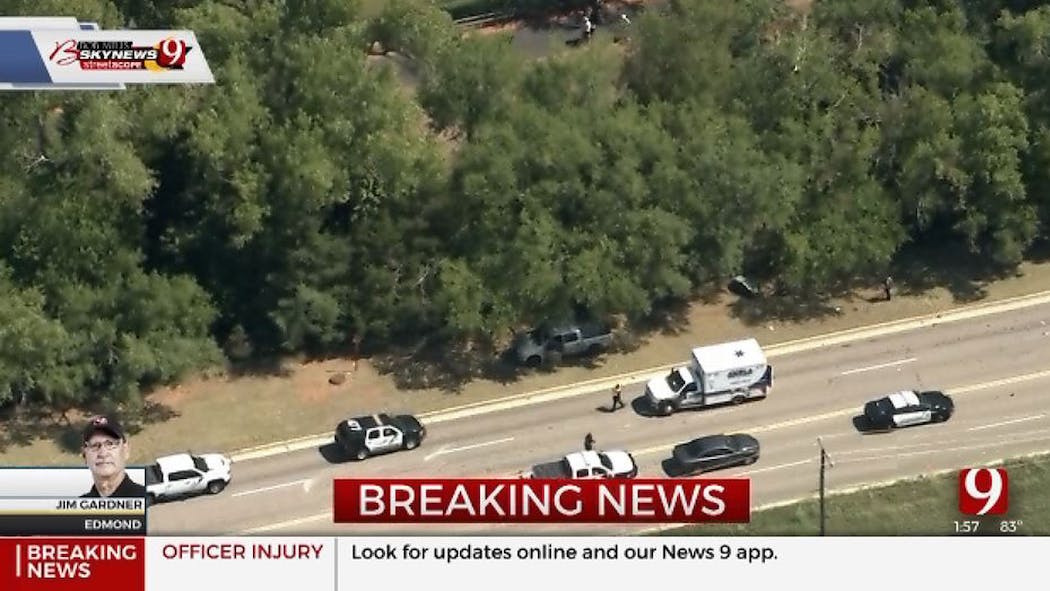 The injury happened on South Boulevard near Smiling Hill Boulevard.

Officials said the officer was transported by EMSA to a local hospital in critical condition.

Edmond Police Spokeswoman Emily Ward said the officer opened his eyes as he was being loaded into the ambulance.

At least one person was handcuffed by police before they were taken into another ambulance.

The suspect was identified as 24-year-old Garrett Trammell. Edmond police identified the officer as Joseph Wells. Wells is a 16-year veteran of the department.

The incident started as a pursuit with a suspected DUI driver who struck multiple vehicles. The driver made a U-turn and crashed into the officer.

Oklahoma City police will lead the investigation on the crash because the crash was in OKC city limits.