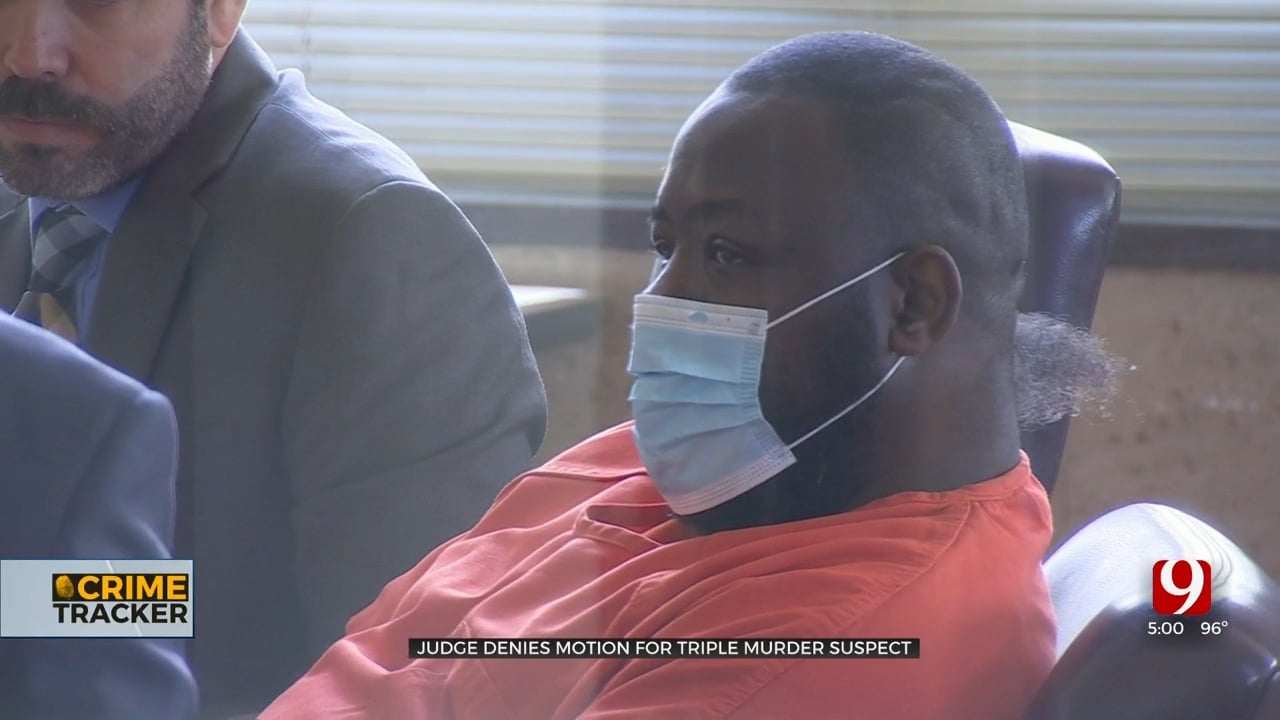 A Grady County judge on Wednesday denied a triple-murder suspect's request to drop his charges under McGirt law.

Lawrence Anderson was charged for the horrific 2021 murders of his uncle, a 4-year-old girl and their neighbor.

Even though the murders happened in Native American territory, the judge denied Anderson’s request to dismiss his charges and the argument that Grady County did not have jurisdiction.

The accused killer was set for a preliminary hearing but waived his right to the hearing. As for the McGirt issue, Anderson does not have tribal citizenship.

The attorneys also said two of the murdered victim's belonged to tribes.

The hearing came nearly two years after the horrific deaths of Anderson's uncle Leon Pye, Pye's 4-year-old granddaughter Kaeos Yates and neighbor Andrea Blankenship. Anderson admitted to cutting out the woman's heart and taking it to his uncle's home to feed him.

The details were too graphic for prosecutors to speak about after charges were filed last year.

“There are some shocking (sic),” Grady County District Attorney Jason Hicks said. “There are a lot of details in the case that are very disturbing and, at this point, I don’t think it’s appropriate for me to go into that.”

Blankenship's cousin, Brooke Burris-Wofford, spoke to News 9 last February. She said their family was furious after they learned Anderson was among a large group of prison sentences commuted by Governor Kevin Stitt.

“We know his parole and probation officer state that he felt Mr. Anderson was a threat to himself and society,” said Brooke Burris-Wofford, victim’s relative.

Anderson remained quiet after the hearing as he was escorted back to the Grady County jail.

The judge set Anderson’s formal arraignment for 9 a.m. on Nov. 22.