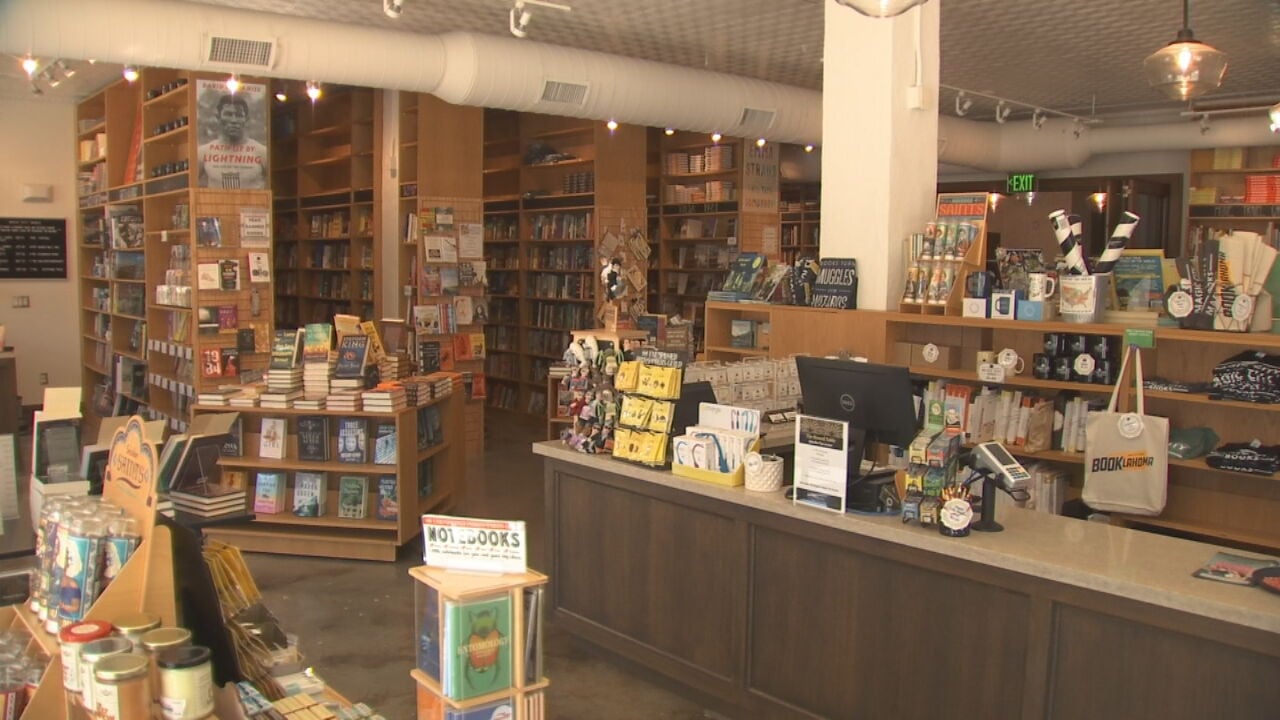 On the other hand, some people said certain books should be banned or at least be "off limits" to certain age groups.

Magic City Books in downtown Tulsa is highlighting some of the banned books while there are local events this week to celebrate the freedom to read.

Some people said they worry certain content is inappropriate for young readers and said there should be limits.

At Magic City Books, visitors can buy challenged and banned books, take home yard signs to support the authors and even write to law makers about censorship.

Pat Cawiezell with the bookstore said more people are paying attention to these books.

"Wonderful librarians and booksellers and people that are in this industry that all want to make sure that people are having access to stories of all kinds," said Cawiezell.

Jillian Hishaw, an author and attorney, said she has has been trying to get bookstores around the country to carry her book, Systematic Land Theft, but some consider it too contentious.

"Please support banned books because they tell the true history of this country," said Hishaw.

Some, like Susan Coman, said they worry about inappropriate sexual and violent books getting into kids' hands.

"I don't think it's a good idea to normalize and introduce kids to that kind of behavior,” said Coman. “I think it's harmful."

Coman said she wants certain books to be off limits in school libraries.

"Parents' standards and teachers and administrators' standards aren't all the same, and I think ultimately, it ought to align with the parents' approval and that's why we have public libraries," said Coman.

Moms for Liberty - Tulsa County gave News On 6 this statement: “Moms for Liberty - Tulsa County is fighting for boundaries on what books are available to schoolchildren at public schools across Tulsa County. Our main concern is regarding obscene books and materials made available to minors. Many books sitting on shelves in schools across Tulsa County are filled with sexually explicit content and we are fighting to protect the innocence of children. We will endlessly educate others regarding boundaries that need to be instilled and continue to do our best to find a better way to vet what books are available to children in taxpayer-funded institutions.”

Pen America, a nonprofit, has a list of reported banned books in each state.

The list shows Oklahoma has more than 40 books reportedly banned in different school districts. You can report book bans and see the updated list here: https://pen.org/issue/book-bans/