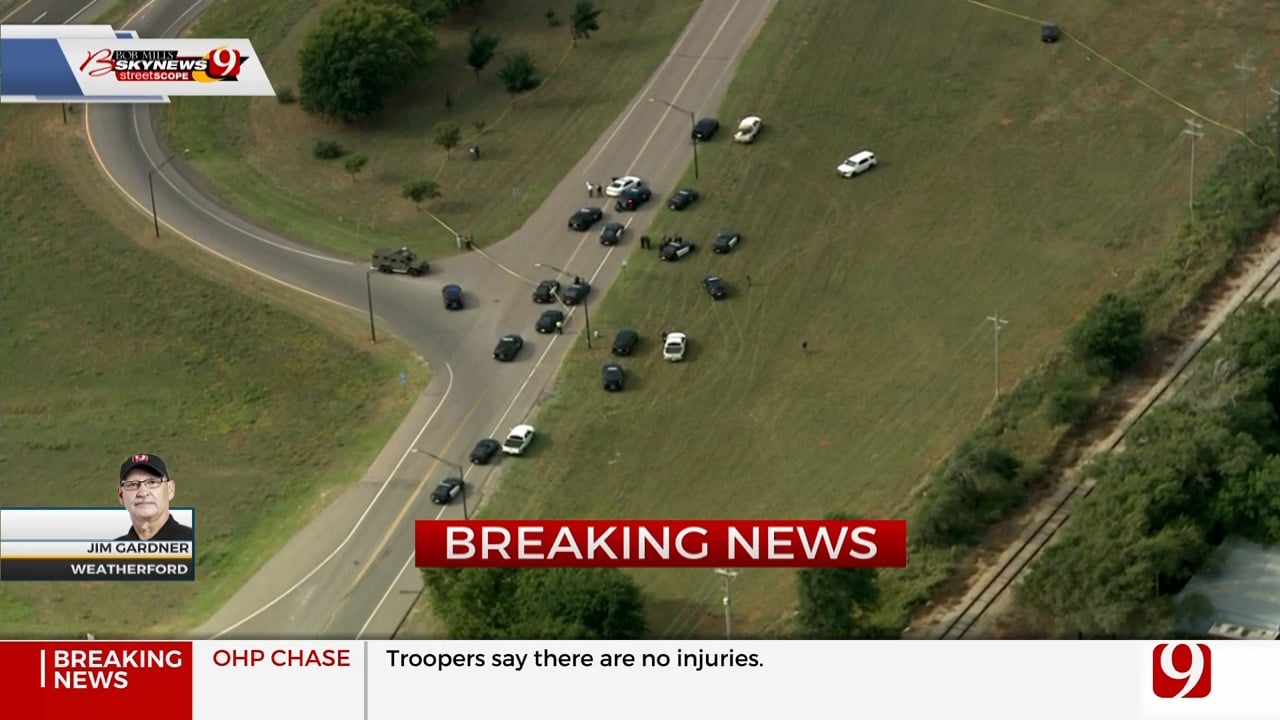 Report: 1 Dead After Pursuit In Weatherford

A man pulled a gun on Weatherford police Friday morning, resulting in his death -- and now the Oklahoma State Bureau of Investigation is looking into it.

Officers said the man went into a business on East Main Street, revealing his weapon to the business owner who then called 911.

Officers found the man in a truck, from where he showed the gun and drove off. He drove around town, authorities said, showing the weapon to police multiple times.

And then, according to authorities, he pulled onto the Interstate 40 ramp and headed west out of Weatherford.

"They still were giving him enough room to maybe give up," said Weatherford Police Chief Louis Flowers. "He turned off onto where this location is right here and opened fire on the officers. The officers returned fire."

Oklahoma Highway Patrol troopers were also involved in the pursuit.