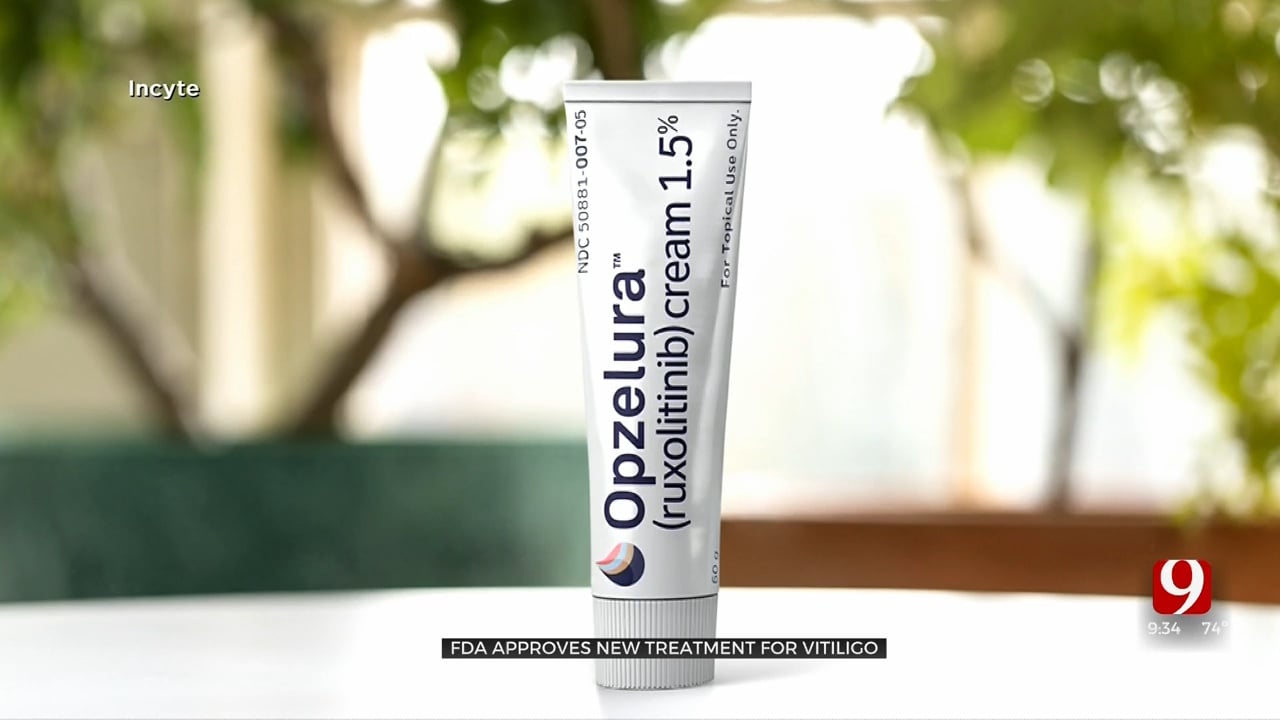 It’s estimated that more than one million Americans suffer from vitiligo. The autoimmune disorder targets and destroys the pigment cells in the body, causing white patches. The FDA recently approved the first drug treatment to restore pigment in the skin of vitiligo patients.

Opzelura is a topical cream that belongs to a class of medications called JAK inhibitors. “The medication helps stop the immune system from being too active and destroying the pigment cells in the body,” says Dr. David Rosmarin with Tufts Medical Center. He led the clinical trials. “One year of using the cream, about half the patients who use it will get 75% or more of their pigment back on the face, and about half the patients will get 50% or more of the pigment back on the whole body,” he says.

Berardo Rivas took part in the study. He saw results within three months and now has 95% pigmentation on his face. “I don't think there's words that can describe it other than just happiness and joy that the treatment out there is actually working for me,” he said.

Rivas has been living with vitiligo for more than 30 years. “I started seeing it right on my eyes, my hands, and I think it was right here on the collarbone,” Rivas said. As an adult the condition got worse. He tried several therapies from creams to UV light treatment and avoided the sun, but he says nothing really helped. “I avoided people, I avoided gatherings, I avoided going to the beach,” he said. Rivas hopes the cream will restore more than pigment for other patients like it did for him.

The treatment is approved for adults and children 12 or older and requires a prescription. Researchers say as a topical medicine, it was well tolerated by patients and has a good safety profile.