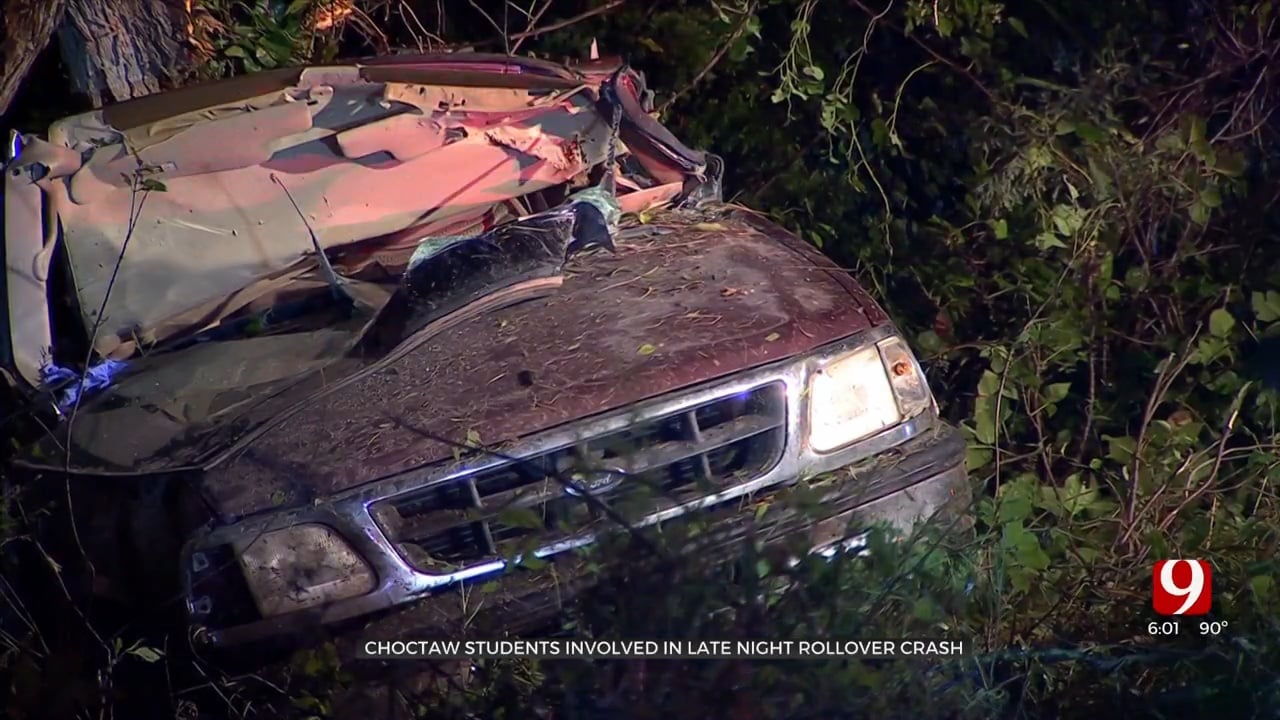 Two Choctaw teens are recovering after a rollover crash Thursday night. The driver of the car was released from the hospital Thursday with a few broken bones, and the passenger remains in the ICU.

“It was hard to believe that anybody could have lived through that after looking at the vehicle,” said Chief Marshall.

“Last night we were dispatched to a rollover crash around 8:00 on 29th between Indian Meridian and Triple X,” said Chief Marshall.

She explains that the car came off the road, tore down multiple trees, and ended up rolling over, pinning both 17-year-olds inside.

“It had turned upside down,” said Chief Marshall. “The fireman had to use jaws of life to cut both of them out.”

She said the weather is likely to blame for the crash.

“There was just enough of a fine mist on the road that made it slippery,” said Chief Marshall.

"It was even hard for the first responders to get to the vehicle to even start the extrication process.”

“One is hospitalized in the ICU and then the driver was actually released last night,” said Chief Marshall.

Choctaw Police Chief Kelly Marshall said the driver had a few broken bones but she didn't know the specifics of the passenger’s injuries.

Their fellow students and teachers are also hoping for a speedy recovery for the two. Choctaw Superintendent David Reid issued the following statement:

We are thankful for the excellent work of the first responders and medical team treating our students. Out of respect for their medical privacy, we cannot comment further on their status.”