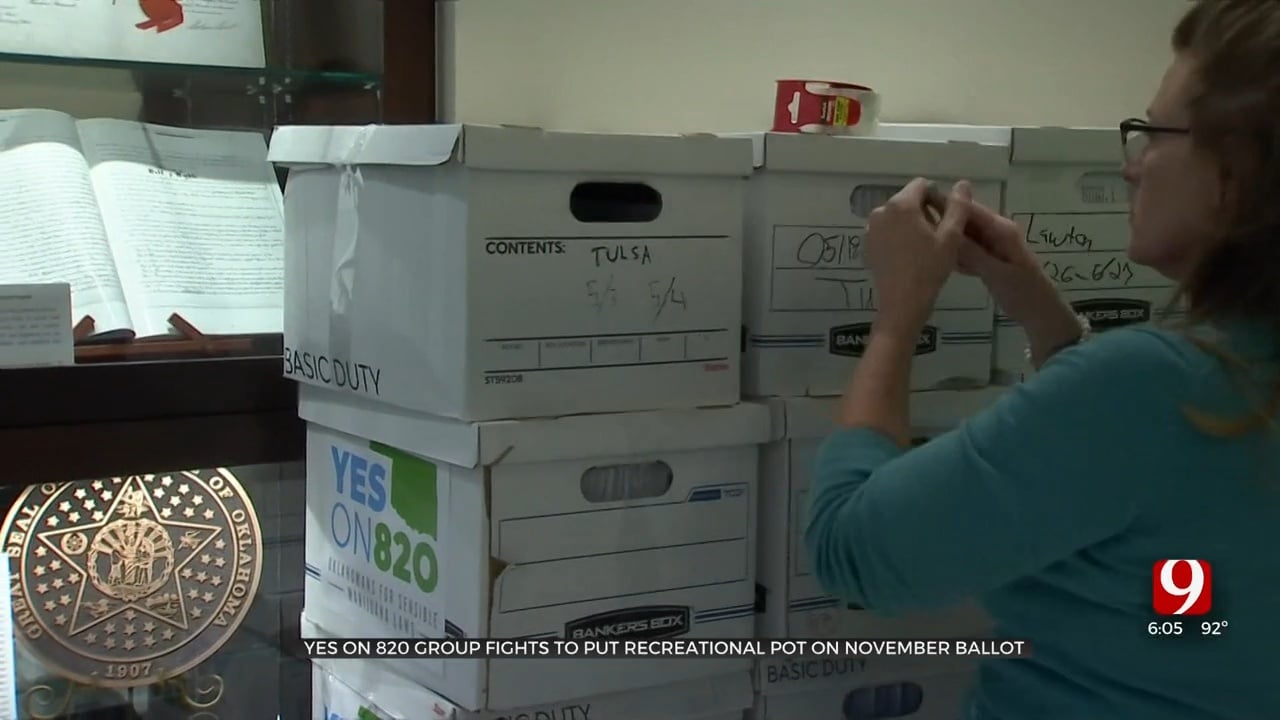 The group working to get marijuana legalized recreationally in Oklahoma pleaded their case to the state’s highest court on Friday.

Their goal is to get the question on the November ballot, but a bump in the road may push the question off until another election.

The deadline for submitting the question was August 26.

"Especially in this last couple of weeks, anxious that this ballot measure might not appear on the November ballot," said Ryan Kiesel with the Yes on 820 campaign.

All the Yes on 820 group could do for the last six weeks is wait.

"A petition through this process is already cumbersome," said Yes on 820 Director, Michelle Tilley. “Hiring a new vendor outside of the secretary of state's office to conduct the count. There were many, many delays that occurred."

That vendor, Western Petition Systems LLC, has not responded to News 9’s questions. They were contracted by the state to verify the 117,000 signatures the group collected.

The company took twice as long when compared to the last ballot question that was proposed.

"I don't think we would even be in this position of having to if the state wasn't insistent upon an August 26 deadline," said Kiesel. “That doesn't exist anywhere in law. You can't find it in administrative rule, you can't find it in statute, and certainly not in the Constitution."

The date was set by the State Election Board to give them time to print ballots. Yes On 820 quoted Article 5, Section 3 several times in their argument.

QUOTE All elections on measures referred to the people of the state shall be had at the next election held throughout the state, except when the Legislature or the Governor shall order a special election for the express purpose of making such reference.

"That trumps all of this, and it certainly trumps a date that the election board made up for convenience's sake," said Kiesel.

The state Election Board won't comment on on-going litigation. The decision is expected to be made in the next few days.

If the question cannot move forward for this election voters will have to wait till the governor calls either a special election, or until the 2024 general election to vote on that question.