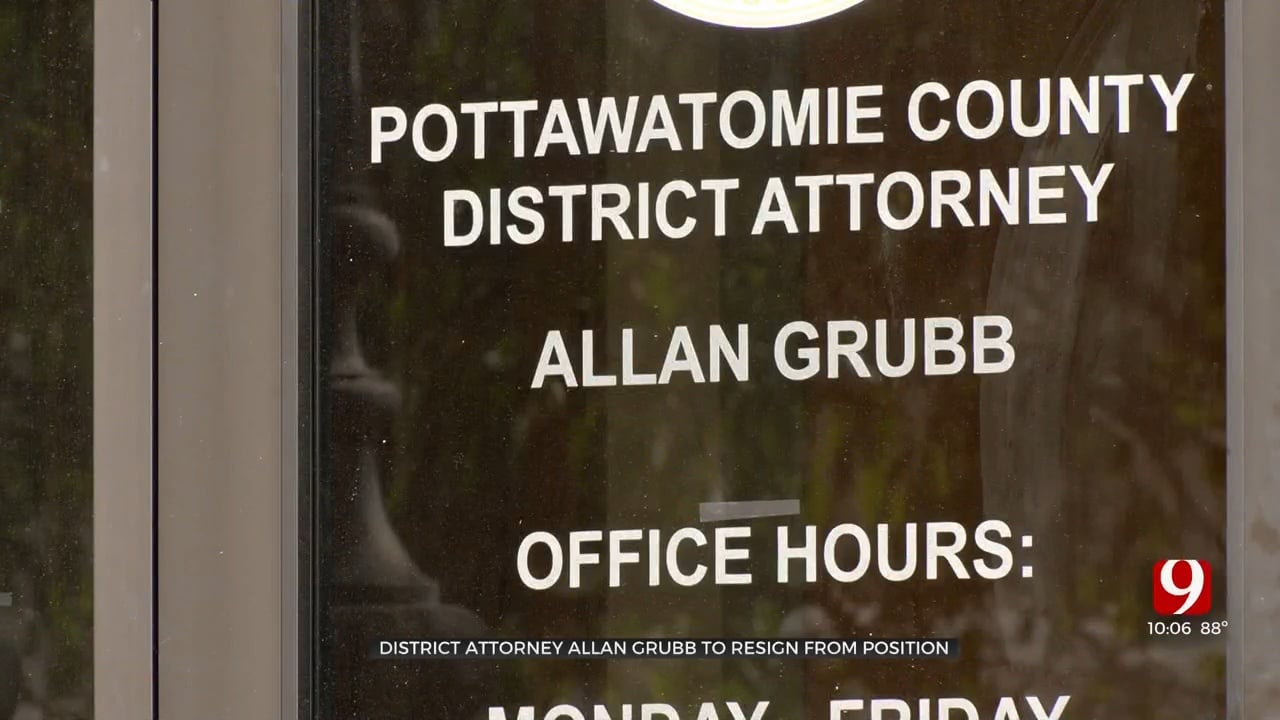 In his resignation letter submitted Friday, Grubb said he is “voluntarily suspending” himself immediately, as recommended by a multicounty grand jury, and announced his resignation from office effective Sept. 30.

“With a short amount of time left in office, I need to focus on some health concerns that have arisen with family members, as well as myself. I would also like to use this time to transition for my return to private practice,” Grubb wrote in the letter to Gov. Kevin Stitt.

In July, a grand jury recommended Grubb be removed from office after finding he committed corruption in office by “providing false or misleading information” to crime victims, using secretive prosecution agreements as a fundraising method, and threatening a criminal investigation against a deputy without cause, and more.

Grubb denied all wrongdoing and challenged the accusations from the grand jury’s nine-page report. His legal challenge is ongoing, according to the Oklahoma Attorney General’s Office.

The outgoing district attorney, who lost his bid for reelection, was set to leave the office at the end of the year.

The office’s first assistant district attorney, Corey Stone, is now the “decision-maker” for prosecutors in Lincoln and Pottawatomie counties, he told News 9.

Stone said the District 23 office is handling a “budget crisis,” and is at an “all-time low” in their staffing of felony prosecutors.

As of July, Grubb’s office owed $250,677 to the Oklahoma District Attorneys Council, which handles payroll for district attorney offices across the state.

Stone is one of two felony prosecutors working between the two counties. He said the office normally staffs six to seven prosecutors.

“We’re in a situation where because we're understaffed, I think there's the potential to get behind again,” Stone said.

Stone is also vying for an appointment to a full term in office following the death of district attorney-elect David Hammer.

Gov. Kevin Stitt’s office said it does not have a timeline for when an appointment will be announced. Whoever is selected may begin leading the office on Oct. 1, after Grubb’s formal resignation.