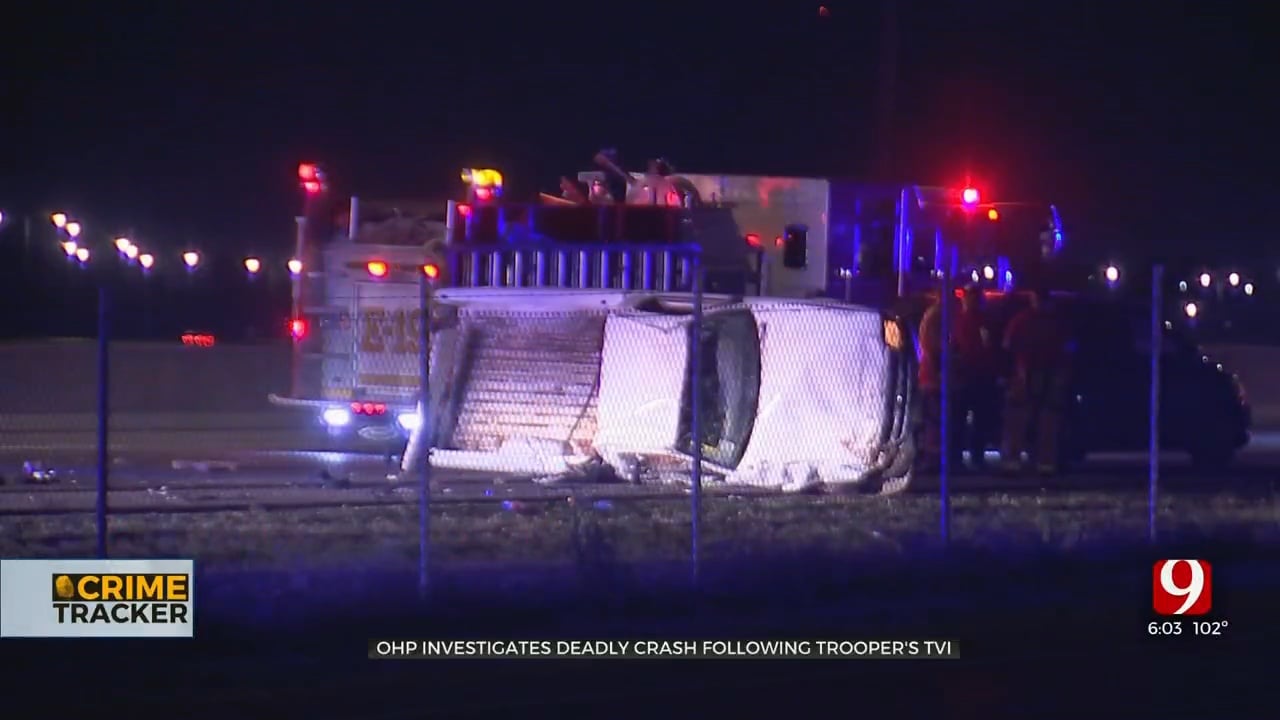 A pursuit on Interstate-35 involving three suspects and an Oklahoma Highway Patrol Trooper ended Monday night in a deadly crash. The truck the suspects were in flipped after the trooper took risky measures to end the chase.

The crash investigation will take several more weeks and OHP officials said on Tuesday the trooper has been placed on administrative duty.

The chase started in southeast Oklahoma City around 9 p.m. when a truck with three people inside fled from a traffic stop.

“He ran the plate,” said Trooper Eric Foster, Oklahoma Highway Patrol. “The car came back as stolen. As he turned on his lights that car fled at a high rate of speed.”

The driver took off onto I-35, briefly exiting onto side streets in Moore and back on the interstate into Norman. OHP officials said the driver's moves were very aggressive and even swerved at the trooper several times.

“It was very apparent he was trying to get away at all costs,” said Foster.

Foster said troopers are not trained to follow pursuits for long distances, but to stop the danger for the safety of other drivers.

“We are trained to use our vehicles as a TVI,” said Foster. “Tactical vehicle intervention to stop that car.”

The trooper used the move in the chase, a risky decision for law enforcement.

“We’re putting our own lives on the line doing that because we don’t want innocent people to get involved,” said Foster.

The suspects' truck hit a concrete wall and rolled, ejecting a man and woman. The crash and investigation shut down a portion of the interstate for hours.

“One was pronounced deceased at the scene, unfortunately,” said Foster.

The woman was taken to the hospital in critical condition and the third suspect was still in the truck, able to speak to troopers. The driver's decision to try to outrun the law eventually caught up.

“Because of that criminal decision,” said Foster. “A loss of life occurred.”

The investigation will be turned over to the Cleveland County District Attorney to review and decide if charges are warranted.