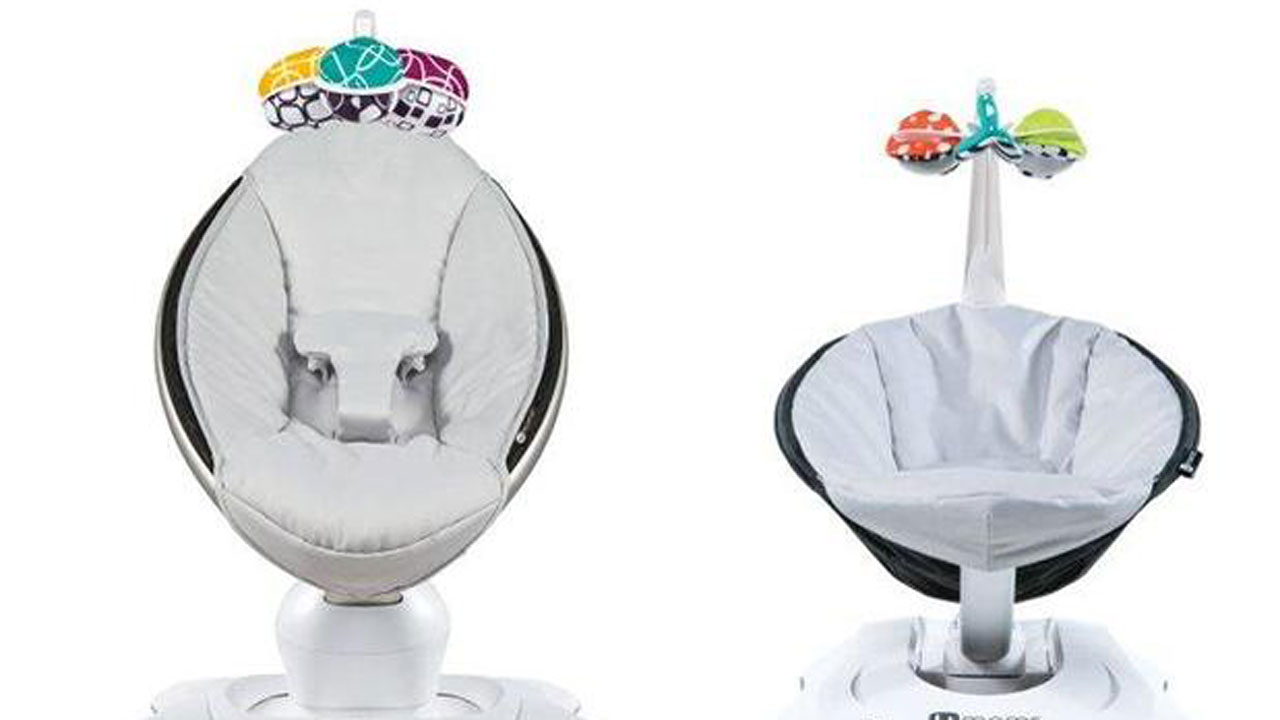 More than 2 million MamaRoo swings and RockaRoo rockers are being recalled after the strangulation death of a 10-month-old and close call involving another child, Thorley Industries and the U.S. Consumer Product Safety Commission announced on Monday.

The recall involves 2 million MamaRoo swings and 220,000 RockaRoo rockers sold by Thorley's 4moms line at BuyBuy Baby and Target stores nationwide, as well as online at 4moms.com and Amazon. The swings and rockers were sold from January 2010 through August 2022 for between $160 and $250, according to the notice posted by the CPSC.

Another 60,000 MamaRoo swings and 10,000 RockaRoo rockers were sold in Canada, the agency and Pennsylvania-based company said.

4moms has received two reports of infants getting entangled in the strap under an unoccupied MamaRoo infant swing after crawling under the product's seat. One 10-month old died from asphyxiation and another 10-month-old baby suffered bruising to his neck before being rescued by a caregiver, they said. Families with infants who can crawl should stop using the recalled swings and rockers and put them where babies can't reach them. Those with the recalled products can register for a free strap fastener to prevent the straps from extending under the swing when not in use.

Thorley Industries can be reached toll-free at (877) 870-7390 from 8 a.m. to 5 p.m. Eastern time Monday through Friday; by email at safetyandrecall@4moms.com; or online at https://www.4momsrecall.expertinquiry.com or https://www.4moms.com.

Monday's recall comes two months after the CPSC warned Americans against using infant rockers for sleep, citing at least 14 deaths linked to products made by Fisher-Price and another by Kids2.

Parents and caregivers should never use inclined products — including rockers, gliders, soothers and swings — for infant sleep and should also not leave babies in the products unattended or with bedding material due to the risk of suffocation, the agency and companies said.

President Biden in May signed into law the Safe Sleep for Babies Act, which bans the manufacture or sale of padded crib bumper pads and inclined sleep products linked to hundreds of deaths.