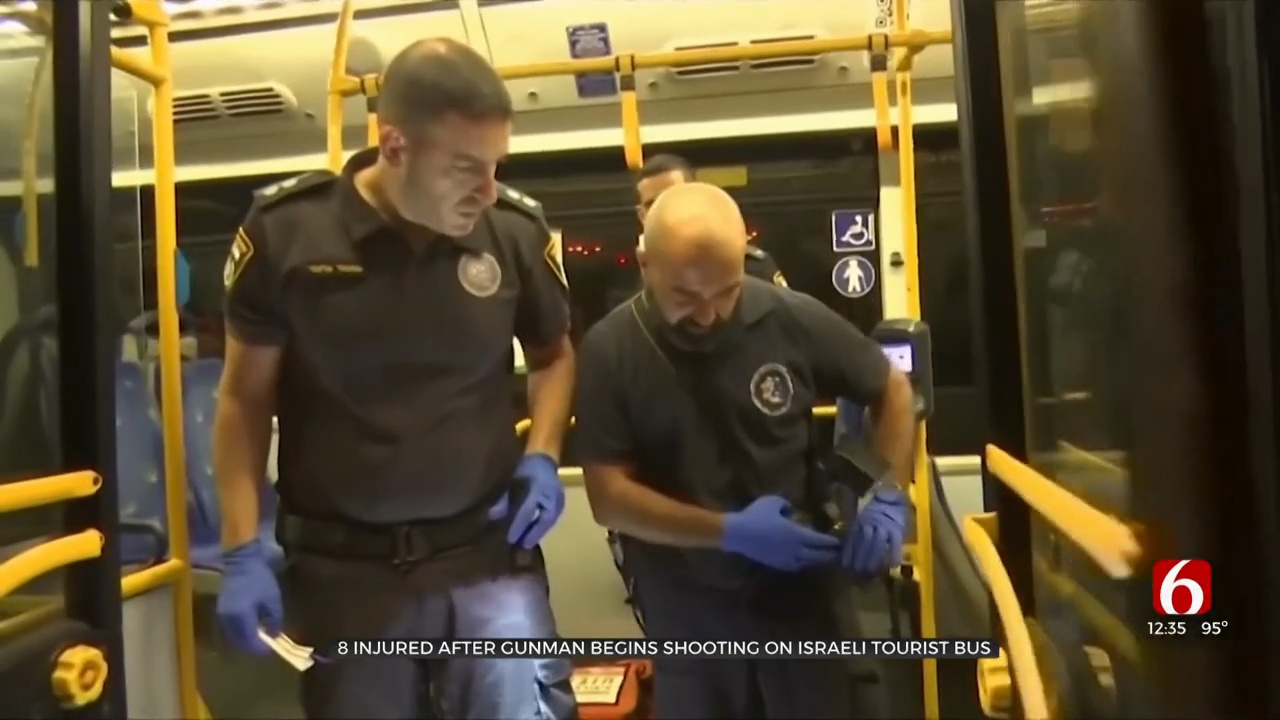 A Palestinian gunman opened fire at a bus near Jerusalem's Old City early Sunday, wounding eight people in an attack that came a week after violence flared up between Israel and militants in Gaza, police and medics said.

Two of the victims were in serious condition, including a pregnant woman with abdominal injuries and a man with gunshot wounds to the head and neck, according to Israeli hospitals treating them.

The U.S. Ambassador to Israel, Tom Nides, tweeted that there were American citizens among the wounded. An embassy spokesperson disclosed no other information or details.

U.S. Sen. Chuck Schumer said a press conference Sunday that three of the eight people wounded in the attack were Americans from Brooklyn.

The shooting happened as the bus waited in a parking lot near David's Tomb on Mount Zion, just outside the Old City walls. Israeli media identified the suspected attacker as a 26-year-old Palestinian from east Jerusalem. Israeli police said forces were dispatched to the scene to investigate. Israeli security forces also pushed into the nearby Palestinian neighborhood of Silwan pursuing the suspected attacker.

The attack in Jerusalem followed a tense week between Israel and Palestinians in Gaza and the West Bank.

Last weekend, Israeli aircraft unleashed an offensive in the Gaza Strip targeting the militant group Islamic Jihad and setting off three days of fierce cross-border fighting. Islamic Jihad fired hundreds of rockets during the flare-up to avenge the airstrikes, which killed two of its commanders and other militants. Israel said the attack was meant to thwart threats from the group to respond to the arrest of one of its officials in the occupied West Bank.

Forty-nine Palestinians, including 17 children and 14 militants, were killed, and several hundred were injured in the fighting, which ended with an Egyptian-brokered cease-fire. No Israeli was killed or seriously injured.

The Islamic militant group Hamas, which controls Gaza, stayed on the sidelines.

A day after the cease-fire halted the worst round of Gaza fighting in more than a year, Israeli troops killed three Palestinian militants and wounded dozens in a shootout that erupted during an arrest raid in the West Bank city of Nablus.