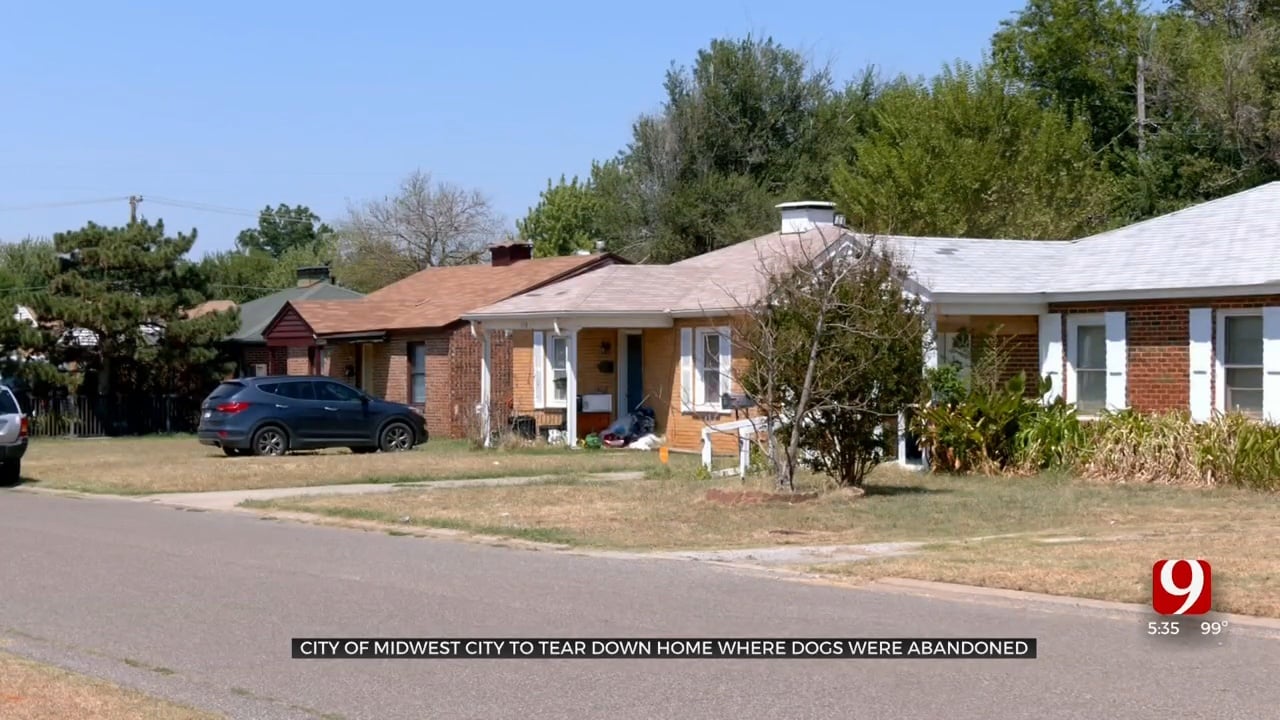 A bigger issue is coming to light months after the rescue of 25 dogs who were abandoned in a Midwest City home. The home is now condemned.

Janice Dibrell said now the neighborhood is quiet, but it wasn't always so peaceful due to a home across the street from her.

“I heard the dogs barking, barking and growling and fighting. But, what brought it to my attention was there are three dogs that were loose and they had been loose for a while,” Dibrell said.

The city stepped in.

“The property was pretty much overrun with dogs. There were dogs breeding and living in all portions of the house. Every room had dogs in it. The entire backyard had dogs in it,” Josh Ryan with Midwest City said.

All of the puppies were able to find homes, but the city said only one adult dog was considered adoptable.

“I was mortified. What made me really mad was this was going on under my nose,” Dibrell said.

Midwest City police arrested Tammie Rowden on several complaints of cruelty to animals, sale of pets, and dogs running at large. This case revealed a bigger problem for the city.

Midwest City said the house is condemned. They said knocking it down will be the last step toward giving neighbors some relief.

The City plans to have the house demolished in about a month.