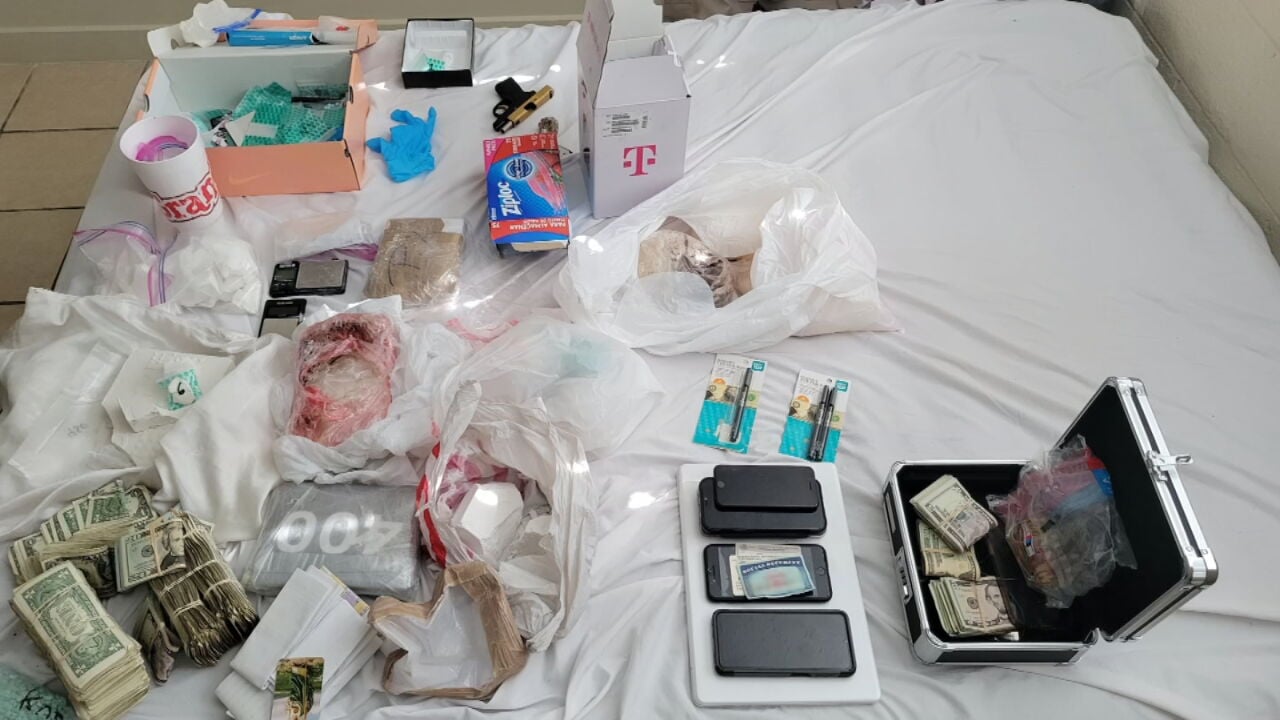 Tulsa police arrested a man in what they call "the largest Fentanyl bust in department history."

The Oklahoma Bureau of Narcotics said the arrest comes as the state sees spikes in overdoses of Fentanyl.

The OBN said drug-traffickers are trying to take advantage of Oklahoma's Opioid crisis, which has led to more Fentanyl in the state the last five years.

Tulsa police said officers found 11 pounds of Fentanyl in the forms of powder and pills, enough for 2.5 million deadly doses.

"We're certainly glad to see these large shipments off the streets so it either can't hurt Oklahomans or any other community where it may have been destined," said Mark Woodward, OBN spokesperson.

Woodward said Fentanyl and other drugs often come through Oklahoma from Mexico on their way to other parts of the country.

"Because it's a cheap drug but it's also very, very powerful," said Woodward.

In the Tulsa case, police said on Aug. 2, officers served a warrant at an apartment near 1st and Utica Streets.

Officers said other than the Fentanyl, they found several pounds of meth, 140 grams of heroin, $7,000 in cash and several guns.

Police arrested the man inside the apartment, Raul Plata-Cibrian, who officers said is from western Mexico.

Plata-Cibrian faces three counts of aggravated trafficking of controlled drugs and for having a gun while committing a felony.

"We've seen an increase in arrests as we've seen more and more Fentanyl in Oklahoma because sadly, we're seeing several overdoses a week that are reported to us," said Woodward.

Woodward also said if someone overdoses because of Fentanyl-laced drugs, the person responsible could be charged with second-degree murder.