Bill Russell's No. 6 Jersey First Ever To Be Retired Across Entire NBA 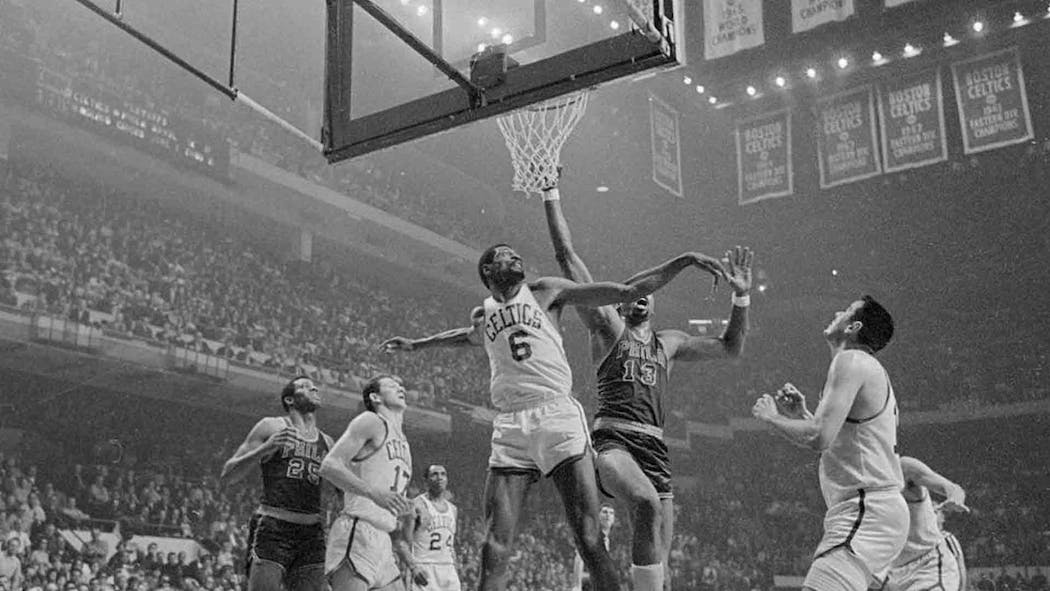 The National Basketball Association announced plans Thursday to retire the jersey number of late Boston Celtics legend Bill Russell. Russell, an 11-time NBA champion and activist, passed away on July 31 at the age of 88.

According to the league, Russell's No. 6, which he had throughout his 13-season NBA career, will not be issued again by any NBA team.

Players who currently hold No. 6 jerseys will be exempt from the rule, and all NBA players will wear a commemorative patch on their uniforms during the 2022-23 season as a tribute to Russell.

All NBA courts will also show a lover-shaped logo with the No. 6 on the sideline near the scorer's table, according to the league.

While specific teams in the league often retire the jersey numbers of influential or exceptional players, this will be the first time a number is retired across the entire NBA. The Celtics retired Russell's jersey number for their team in 1972.

"Bill Russell's unparalleled success on the court and pioneering civil rights activism deserve to be honored in a unique and historic way," NBA Commissioner Adam Silver said in a statement. "Permanently retiring his No. 6 across every NBA team ensures that Bill's transcendent career will always be recognized."

Russell spent his entire NBA career with the Celtics. During his time as a player, he received the Most Valuable Player award five times, and was a 12-time NBA All-Star. Following his retirement as a player, Russell returned to his beloved team as a coach, becoming the first Black head coach in the league and leading the Celtics to two more championship victories.

Russell was inducted into the Basketball Hall of Fame in 1975.

In addition to his sports career, Russell was well known as an activist for social justice and civil rights, marching with Reverend Dr. Martin Luther King Jr. Russell was dedicated to increasing equality throughout the league. In 2010, he was awarded the Presidential Medal of Freedom from then-President Barack Obama.

"This is a momentous honor reserved for one of the greatest champions to ever play the game," National Basketball Players Association Executive Director Tamika Tremaglio said in a statement Thursday. "Bill's actions on and off the court throughout the course of his life helped to shape generations of players for the better and for that, we are forever grateful. We are proud to continue the celebration of his life and legacy alongside the league."

Bill Russell's No. 6 Jersey First Ever To Be Retired Across Entire NBA