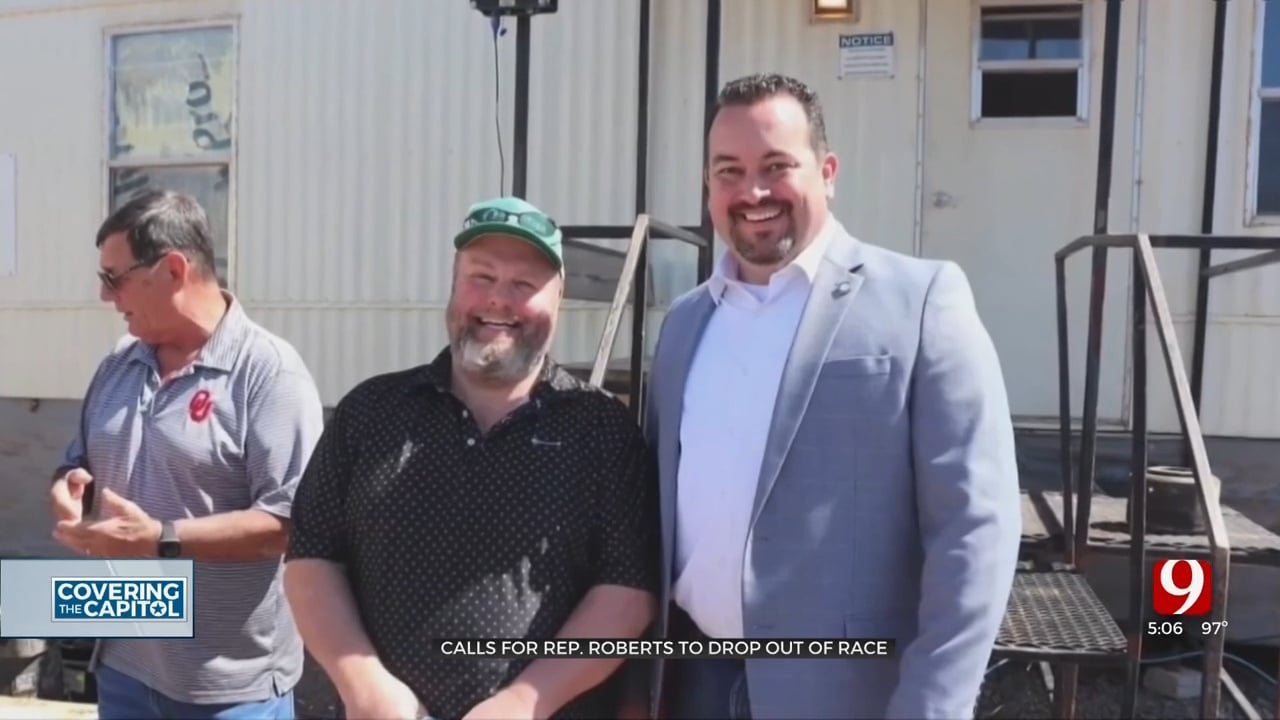 Five lawmakers are calling for state Rep. Sean Roberts to drop out of the GOP runoff for Labor Commissioner.

In a press conference Tuesday, the head of the women’s legislative caucus, state Rep. Carol Bush (R-Tulsa), said she was "appalled" at newly discovered court documents detailing allegations of domestic abuse during a marriage decades ago.

Bush said no response to the new information about the candidate harms all survivors of abuse.

“Not standing up and saying anything about this abuse sends a message that it's ok, and it's not ok,” state Rep. Bush said.

Not OK but not an uncommon story.

“Unfortunately, we continue to promote and elect abusers to leadership roles. National politicians, professional sports players, athletes, and local officials,” state Rep. Bush said. “It’s time to stand up against those who exhibit these violent behaviors.”

They want Roberts – out.

“I would like to see Sean Roberts off the ballot for labor commissioner, however that happens,” state Rep. Bush said.

Court documents filed in the early 2000s include allegations that Sean Roberts emotionally, physically and psychologically abused his wife and two sons.

Roberts’ campaign says this information is being brought up maliciously and in response released a letter from his ex-wife, Jennifer Roberts.

“Some 25 years ago I was married to Sean Roberts…I have nothing bad to say about him,” Jennifer Roberts said, in part.

Jennifer Roberts does not mention the documents or past abuse in the letter.

“Her support does not negate his behavior,” said state Rep. Bush.

News 9 reached out after Tuesday's press conference, and the campaign said any future statements will likely be through a law firm.