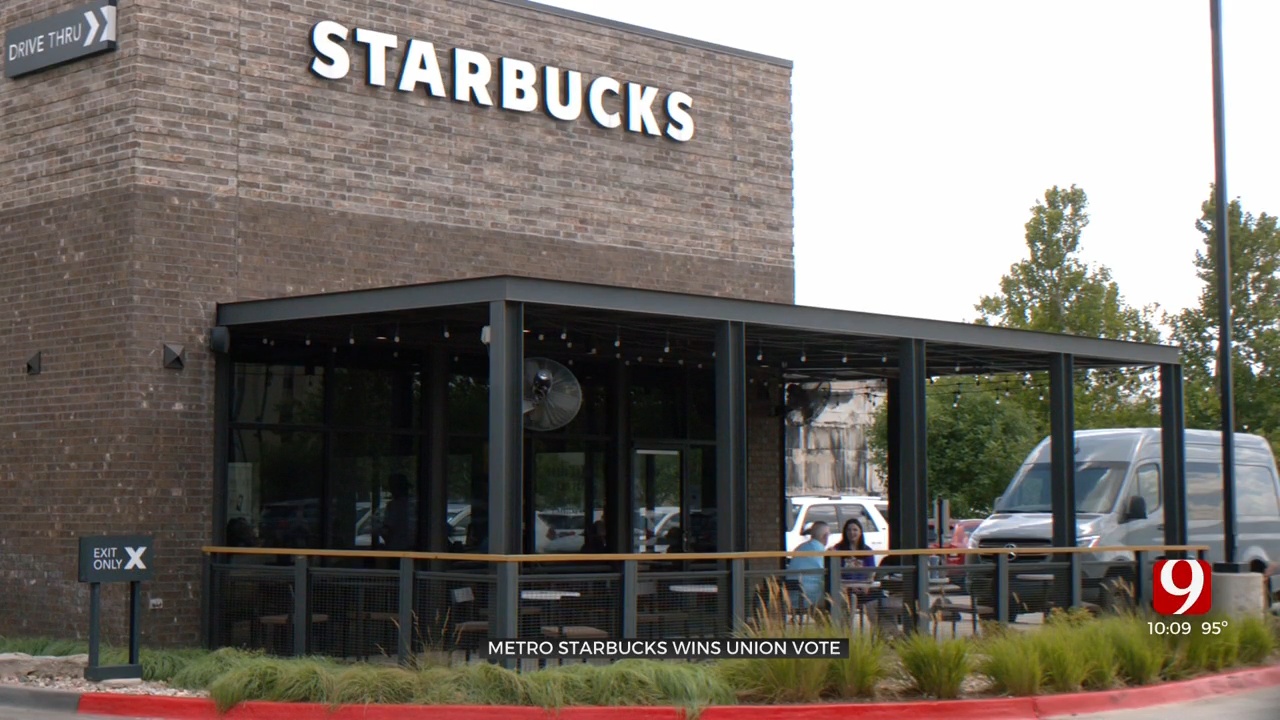 Another Starbucks in our state has joined the national effort to unionize.

The Starbucks on 63rd Street in Oklahoma City was the first store to go public and start the union process.

However, after five votes were contested, they had to do another count.

“Five ballots were enough to affect the election, so it went to the National Labor Relations Board,” said Alisha Humphrey, who is a Barista at Starbucks on 63rd.

After 3 months of anticipation, the baristas at Starbucks on 63rd are back counting votes to unionize their store.

“On May 6, 2022, we had our ballot count and we had ten yes, nine no and five contested ballots. Starbucks has been contesting ballots for people who have left or moved stores during the election process,” said Humphrey.

The process has been an emotional rollercoaster for her and fellow Barista Tori Smith.

“Just seeing that it was down to that last one was so nerve wracking I was like ‘I’m just going to faint over here on this side of the table you can just walk over my body,’” said Smith.

“Seeing how much protection it [a union] gives you at a job that is right to work and an ‘at will state’ you don’t have many protections in the workplace so a union is really the only place you can voice your concerns and also protect yourself,” said Humphrey.

In a 13 to 11 vote, the store officially had the votes to unionize. A long-awaited victory for the workers in Nichols Hills.

With the win, they now get to negotiate better working conditions with their district manager and Starbucks corporate.

“I really wanted to be involved mostly because we are the ones here on the ground. We are making the food, making the drinks, talking to the customers. It is just exciting to have that chance to be at the table to affect the policies that are affecting us so heavily,” said Smith.

“Even if you do get benefits without a contract nothing is permanent anything can be taken away. The only way to protect any benefits you have is with a union contract,” said Humphrey.

So far over 200 stores have unionized nationwide.

A spokesperson with Starbucks said, "As we’ve said throughout, we will respect the NLRB’s process and bargain in good faith with the stores that chose to be represented by Workers United. We hope the union does the same."