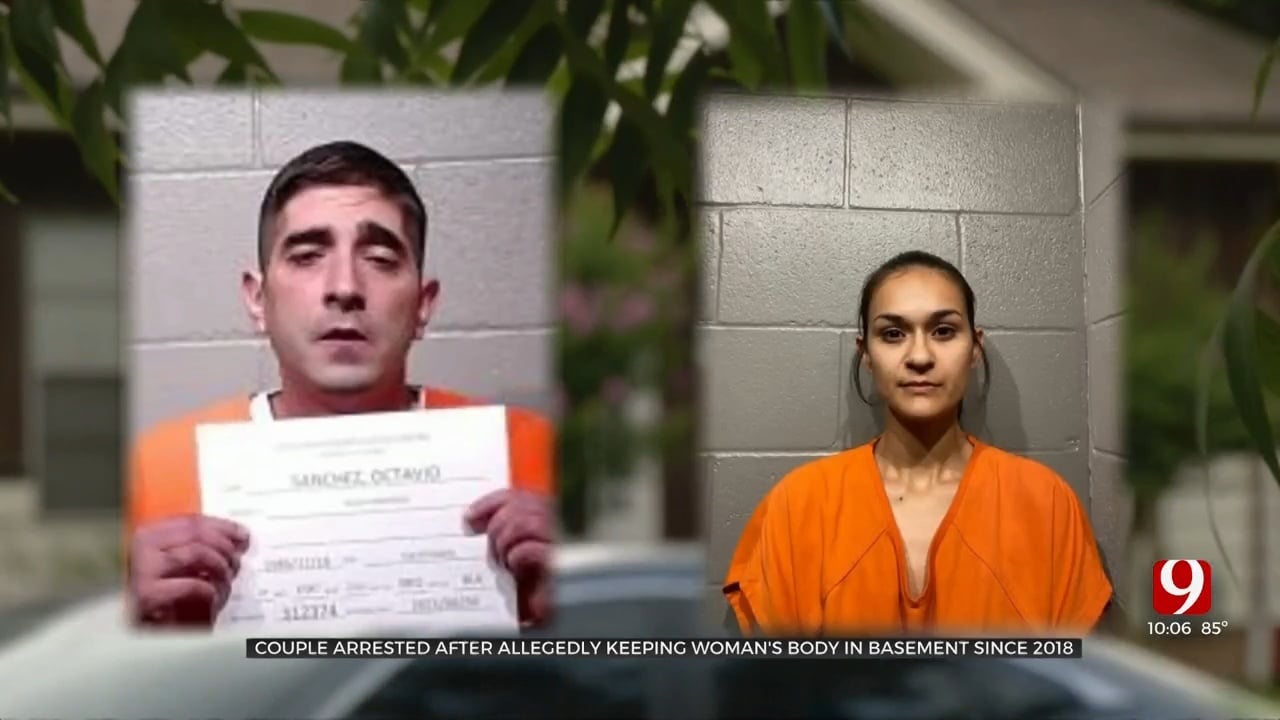 A year after a woman was found dead in the basement of a Norman home, her former caretakers are being charged with her murder.

News 9 first reported the story in July of 2021 when we spoke to Margarita Sandoval’s sister.

At the time, she suspected family members were using Sandoval for her federal disability checks.

A 14-month investigation revealed new details about 19-year-old Margarita Sandoval, whose body was found in the basement of a Norman home on Lindsey Street. Three years after her family said she went missing.

On July 21, 2022 the Norman Police Department arrested her brother and caretaker Octavio Sanchez and his wife Desiree Sanchez.

Both were charged with first degree murder and unauthorized removal of a dead body.

Police said they found the body in a box wrapped in 2 dozen layers of plastic, liquid pouring out and infested with bugs.

Earlier this month the medical examiner's office was unable to determine what killed Sandoval.

Prosecutors allege Octavio messaged Desiree about “wrapping the body with plastic,” “moving the body around the house" even telling her quote "I will kill you too" when discussing a police investigation.

The couple was also charged in federal court with taking Margarita's disability checks until police found her body.

Exactly what her sister feared was happening.

“She was getting passed around like I did believe as soon as she turned 18 no one saw her but as a big dollar sign,” said Hearon.

According to court filings, both also believed Sandoval was “haunting them.”

Investigators said at one point Desiree told Octavio Margarita “knew what she did” and that’s why she was haunting them.

The couple is behind bars in the Cleveland County Detention center. Court records show so far neither has an attorney.