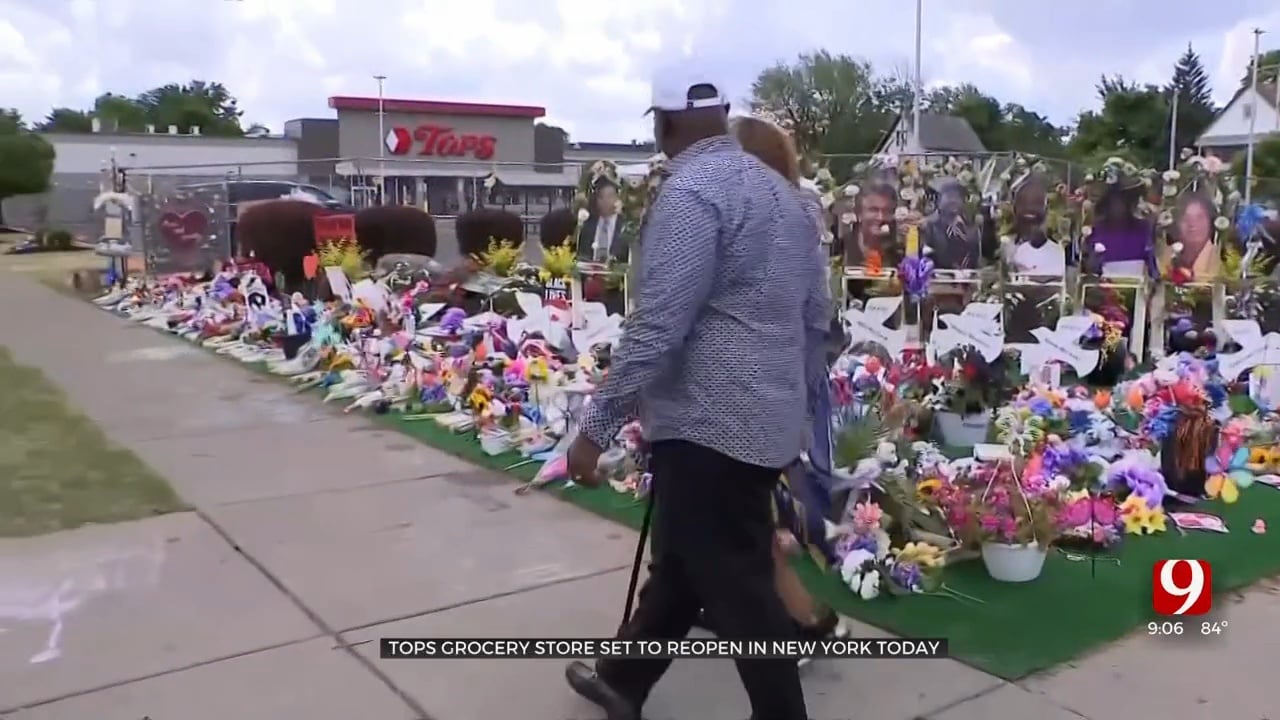 Two months after a mass shooting at Tops Friendly Market in Buffalo claimed the lives of 10 people and shuttered its doors, the store reopened Friday to mixed emotions one day after a moment of silence and prayer was held to "honor and respect all victims and impacted associates and community members."

Community members, local politicians and company leaders spoke at the hour-long ceremony held outside the supermarket after Payton Gendron, 18, arrived at the supermarket on May 14 with ammunition and what authorities described as the "express purpose" of killing Black people. Ten people were killed in the attack and three others were wounded.

Tops President John Persons said Thursday that the company began hearing from customers, community members and civic leaders the day after the shooting. He said the management team felt confident that the store associates and local residents needed, and wanted, the store to reopen.

Store officials at the time said they were "unable to speak to a timeline for reopening" due to the store being "an active law enforcement investigation site," but noted that they were "committed to reopening up this community store."

"When the time is right for all of us, we will reopen our doors on Jefferson Avenue. Until then, we remain here with you and for you in every way we possibly can," store officials said May 18.  But some think Friday's reopening is too soon. "We're pretty much shopping on people's blood," said Count Horne, an activist and retired police officer. "I think that this is more about putting people to work rather than letting them heal. … Just two months ago, these people were running for their lives."

The supermarket has been fully renovated since the deadly attack and has added new security measures, such as enhanced video monitoring systems, an emergency evacuation alarm system, and additional emergency exits, Tops said in a news release.

Persons said the store location on Jefferson Avenue has had its products and equipment emptied and restocked since the shooting, according to WKBW.

He said employees who no longer feel comfortable returning to the location will have other stores to work at if they choose, WKBW reported.