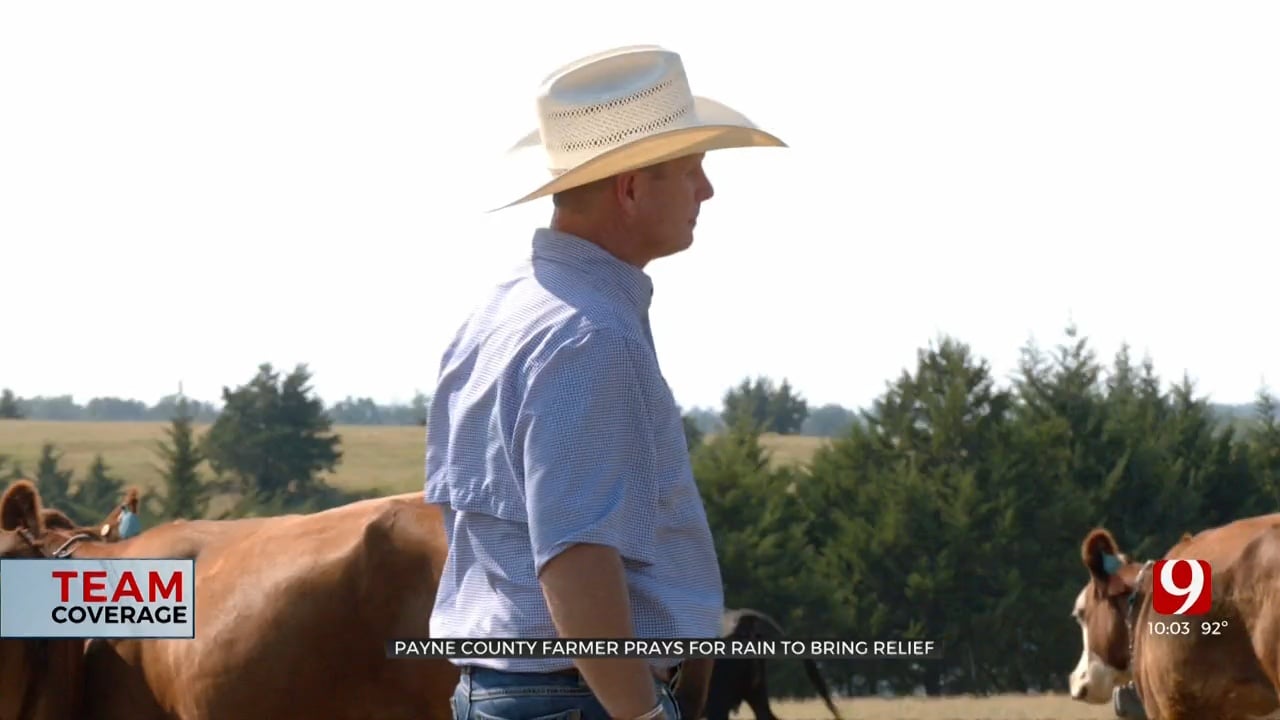 The drought in Oklahoma is taking a toll on farmers and ranchers. Clay Burtrum tells News 9 if the triple digit temperatures continue, he’s going to get behind on caring for his crops.

Without rain, grass in Burtrum’s pastures isn’t growing. That’s forcing Burtrum to rotate his cattle from each pasture every ten days instead of his normal two weeks.

“[The grass] should be about a foot tall because they haven't been in this pasture for three weeks,” Burtrum said.

Burtrum is supplementing the cows with feed due to the lack of grass in his fields, an issue that many ranchers are experiencing.

According to the Oklahoma Farm Report, farmers and ranchers are also facing a shortage in hay production. Burtrum fears that the shortcomings now will only get worse come winter.

Burtrum said traveling to find more hay is an option.

“It doesn't pay with the cost of fuel of fuel right now to go over and cut those hay pastures,” Burtrum said.

So he is choosing to wait and pray.

Record high temperatures are expected to continue into next week. If things don't turn around Burtrum said he may have to make tough decisions.

“I'll either have to sell some cattle, number two lease some more land or number three I’ll have to go out and buy some more hay,” Burtrum said.

Burtrum said he also produces wheat but he has not started the groundwork due to the drought.