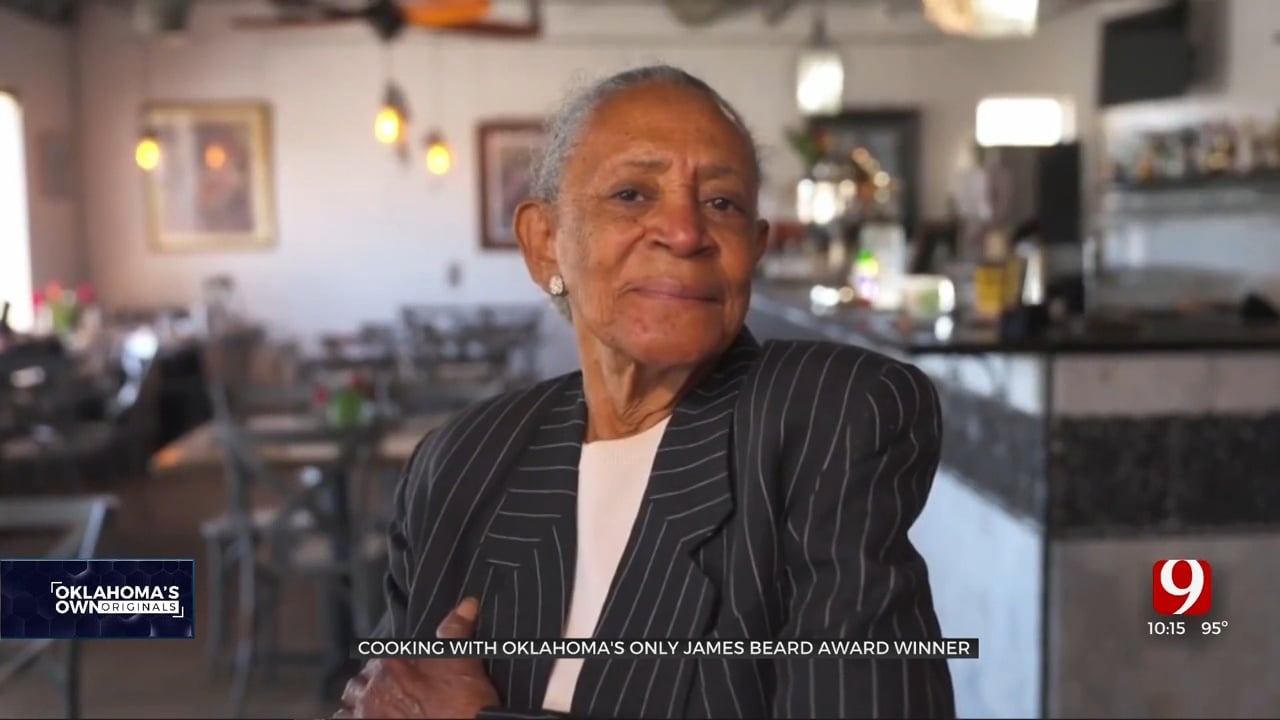 From the daughter of a sharecropper in Boley, Oklahoma, to winning the Nobel Prize of the culinary world, Florence Jones Kemp, owner of Florence's restaurant in Northeast Oklahoma City shared her recipe for success with our Caryn Ross. And it's not what you'd expect.

At 91 years old, Kemp still runs her kitchen with the same fire that she credits her now 70-year success story.

“I was always mean,” she said.

We'll call it "courage" that led a 20-year-old single Black woman in 1952 to open her own business.

“It didn't have a name. It was Florence’s, it was just Florence’s,” Jones Kemp told our Caryn Ross.

The restaurant began on 4th Street on the edge of Deep Deuce: a one room, one table cafe.

“That first day, they just came on in and started eating,” Jones Kemp said. “When they tasted that fried chicken that I cooked, they kept coming.”

She worked from 6 a.m. to midnight every night. Working so much, she didn't even notice the changes and civil unrest happening outside her kitchen. Her only clue was a change in her clientele.

“Mainly, when I moved to this location, I started getting more diverse people,” Jones Kemp said. “I have all kinds now, and I love it.”

She moved to her current location on 23rd Street in 1969.

“When I moved to this location, and I was hoping and praying that my customers would come with to 4th Street. And the first day, they didn't,” Jones Kemp said. “But that second (day), they came, and I didn't have furniture for them to sit on. And I think that was the best day. Then, I knew I could make it.”

Jones Kemp would have to make it on her own after her husband, who is also the father of her daughter, decided to move to California.

“He didn't have what I had,” Jones Kemp said. “He just had a common little job. I owned a business. We were buying our own home. I couldn't make him see this is the place we ought to be.”

Nowadays, a table is hard to come by. Jones Kemp owns most of the block.

Her restaurant has won numerous awards and received national attention. Musicians Kanye West and Toby Keith as well as actor Danny Glover have all visited.

Jones Kemp and her restaurant were featured on Guy Fieri's show “Diners, Drive-Ins and Dives.”

“Went across the stage looking cute,” says the chef.

“Guy Fieri, all the Food Network stars have never won the James Beard award. Only a few have been nominated, but none have ever won the award that this little girl from a sharecropper, who didn't go to chef school, opened a restaurant in the all-Black neighborhood of Oklahoma City. And you’re 91 now, and you've won the Nobel prize of the food world,” Caryn Ross told her.

“You know I’ve never thought of it like that until you said it just now,” answered Kemp. “I'm something now. I used to be nothing.”

She's always been something, and her food is as well.

Ross said she is grateful she let her try it and share her recipe for success.

A Picture Worth A Thousand Words