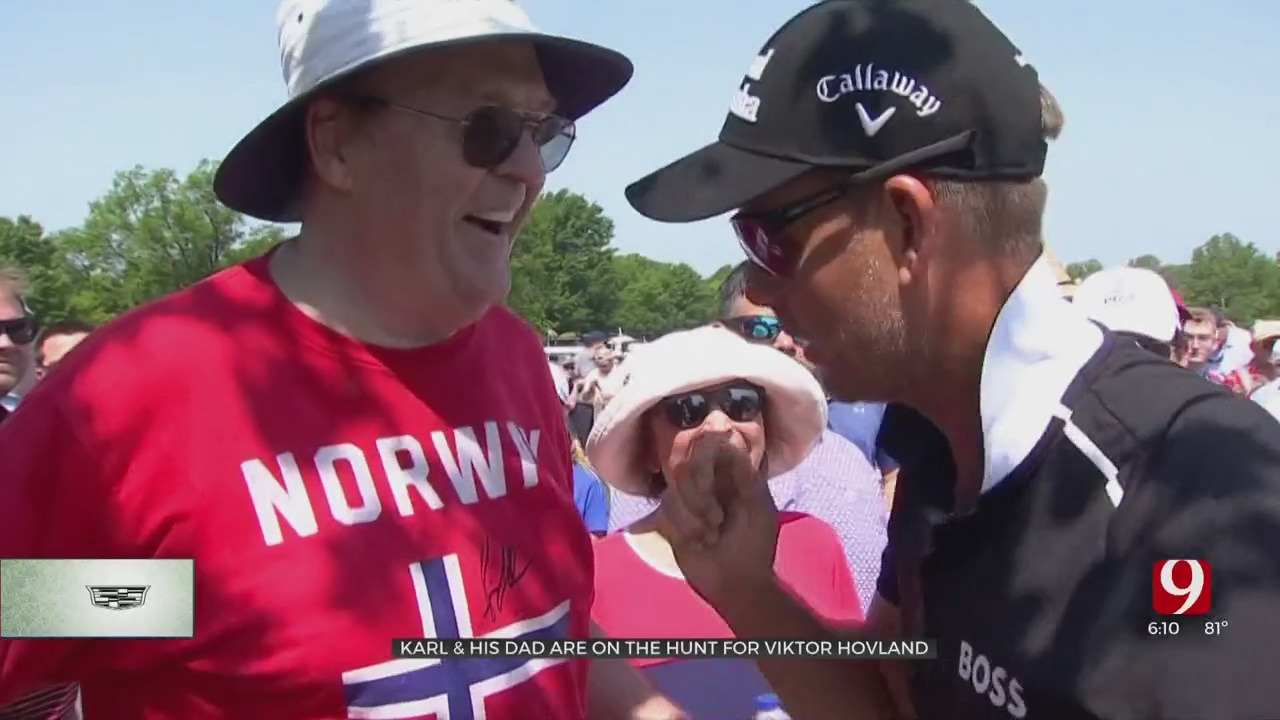 Golf fans from around the country are walking, running and standing on their tip toes to catch a glimpse of their favorite player at the PGA Championship in Tulsa.

That includes our own Karl Torp’s dad who feels a certain connection to one player in the field.

Like Hovland, Fredrik came from Oslo, Norway to the U.S. but to a different OSU. Fredrik played tennis at Oregon State University.

That’s enough of a connection to constantly celebrate Viktor’s victories and always watch on the weekends when the young Norwegian is in contention.

“Ever since he won the U.S. Amateur, I’ve been a great fan,” says Fredrik.

With that in mind, Fredrik Torp went looking for another son of Norway, 54 years younger, to say “skol” at PGA Championship.

Torp wore a T-shirt with the Norwegian flag on it to make sure he’d get Hovland’s attention.

He met several other Norwegians at Southern Hill County Club and former OSU professors also hoping to say hello to a former student.

Instead, on the week of his 78th birthday, Fredrik Torp settled for an autograph from Swedish golfer Henrik Stenson.