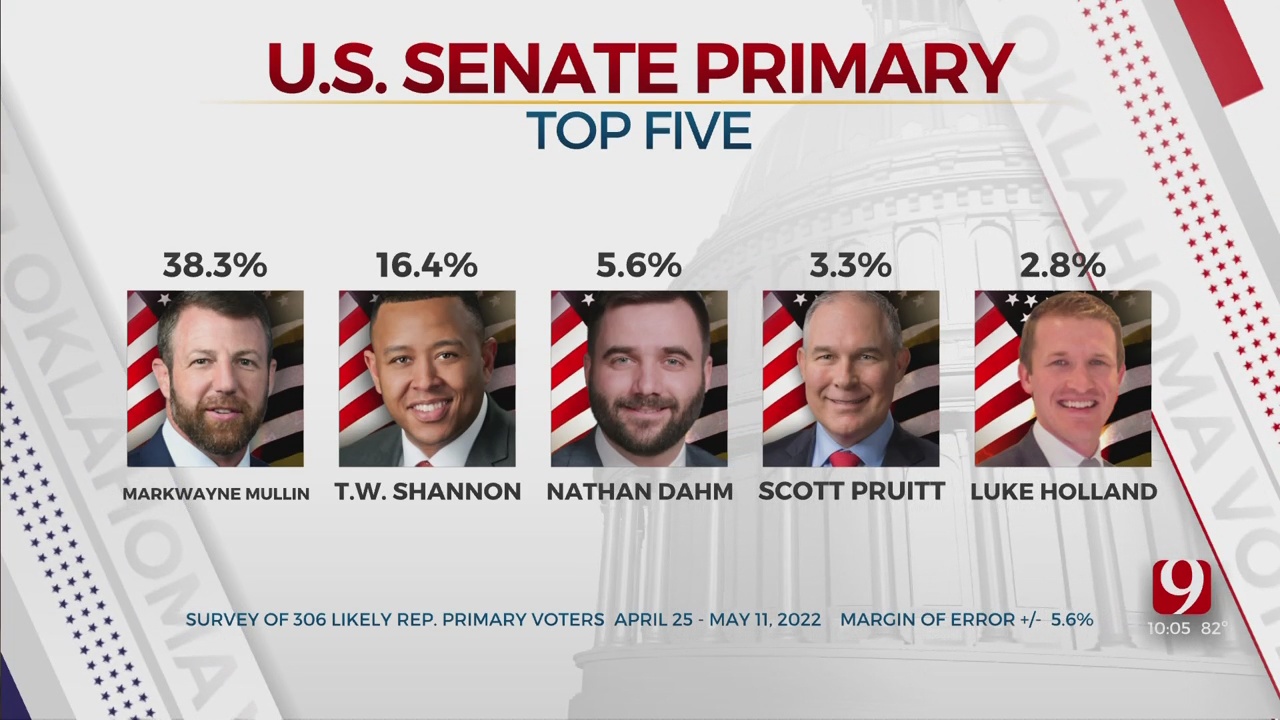 A current Congressman and a former state speaker of the House are atop polling for the United States Senate seat to be vacated by Jim Inhofe in Jan. 2023.

Oklahoma’s primary election is set for June 28, and a runoff, if necessary, would happen August 23. The state’s general election will be November 8.

Mullin has been District 2’s representative since 2013. Shannon was a member of the state House from 2007-15. In 2013, he was chosen as Oklahoma’s first Black speaker of the House.

Bartlesville native Luke Holland had been endorsed by Inhofe himself. Holland has worked for Inhofe as chief of staff since 2017.

Nathan Dahm is a state senator from Broken Arrow and has held office since 2012.

Scott Pruitt was most recently Administrator of the Environmental Protection Agency under former President Donald Trump. He served in that role from February 2017 to July 2018. Before that, Pruitt served for six years as Oklahoma’s attorney general and eight years as a state senator. 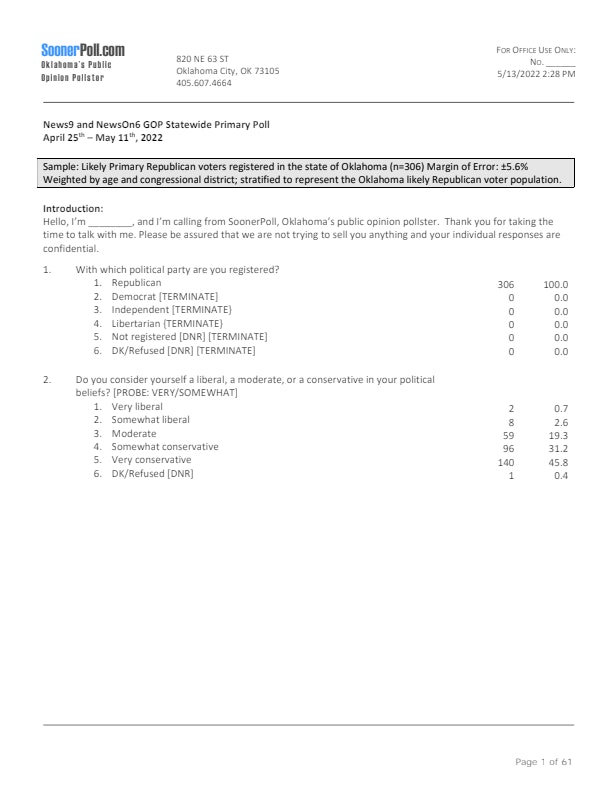